First opinion of US

Besides the stupidity of adding them, we cant change that they will become a thing so I looked at the civ and this is my opinion on them:

They have some fun and unique elements which I have to give to the Developers, if only they were given to a new African nation. However although its fun, the US is the same case as Japan. They get too much.

The US has so many bonusses that they seem to be OP withouth even playing them yet. Better musketeer, better skirmisher, better organ gun, they basically have everything better.

Besides that they became literally every European civ, the immigration cards make the unique mechanics pulled down and again make the problem shown of the devs giving already existing mechanics to new civs making them more blend.

I cant say much yet as we dont have access yet, but I am atleast most likely not going to pay for this dlc.

Please add the possibility like warchiefs and dynasties did, to turn off dlc civs. As I simply dont want to play against or with USA. Not yet.

I’ll buy the african dlc and hopefully i can ignore the us civ. They really jumped the shark with this one.

Have you seen that USA can get all 3 Factory cards (one of them in Fortress Age), while still gtting Imperial upgrades, and several of their shipment unist upgrade all the way to Imperial for free?

What is the point of Revolutions now? They are even better than South Africa!

They really jumped the shark with this one.

They jumped the whole Ocean!
Literally Leviathan jumping into orbit with this.

The more I see and hear of USA, the worse they sound like. They are designed to be broken OP.

They had Africans n USA prepared in Historical battles already at launch.

And thinking just like an alien attacking earth, they realized USA is the center of the earth, they made whole probably broken civ out of it.
Although they make a civ OP at start then nerf it, thats the history (except Japan)

There was a time,decade ago, when Sepoy/Zamburaks/Chinese Mortar/Ashigaru were OP and killed their counters, but then they were balanced out. Although that was last sensible update for Asian Dynastoes

After a decade, they did same for sweden, to attract players they made them OP at start then nerfed them.

And yet all this! While there were still changes needed for existing/ignored civs like India Iro etc, and then there were changes for the popular kids of the forums, other half of this forum, Nerf/Buff Japan/Sweden. But nothing there.

Where is this picture from? 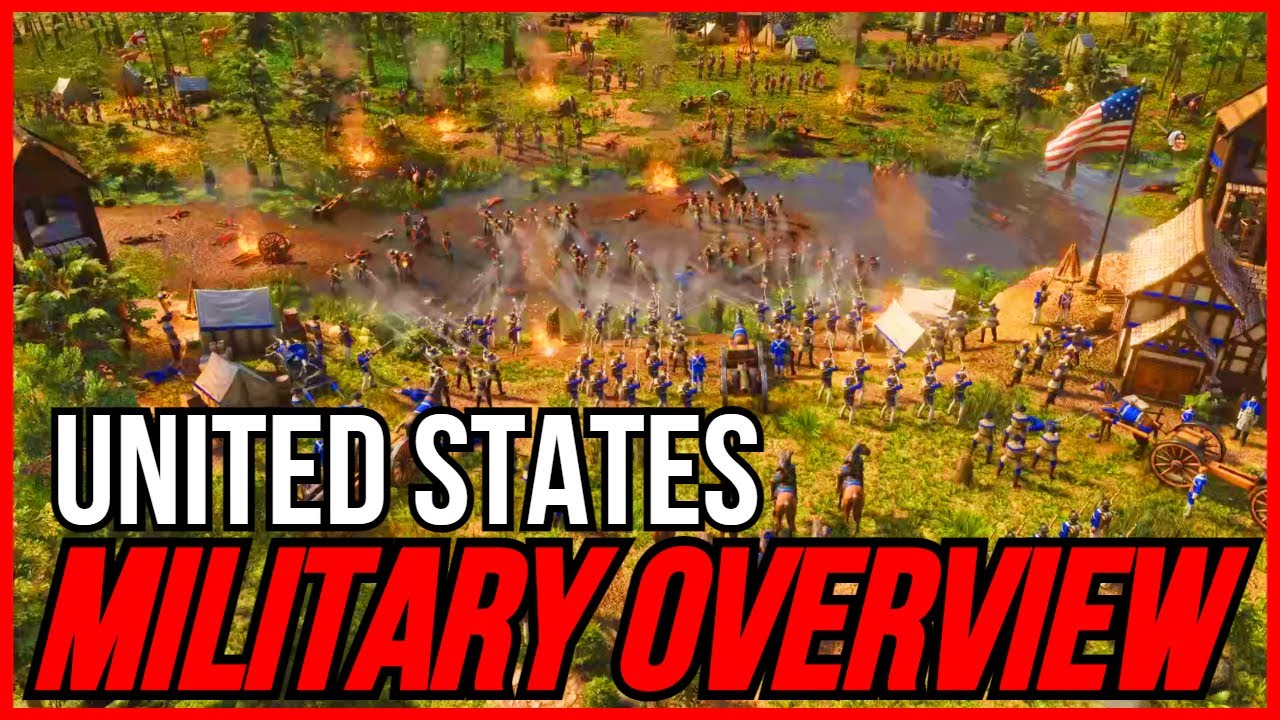 08:45 Pulaski Legion Card
This Charter has the coat of arms of Poland in the background.

Could this be a preview of the European DLC in the future?

Japan and Sweden got nothing on the USA.

Nah, Sweden torps are still better than factories overall when it comes to eco in age 2-3. But shrines are meh in comparison.

I suppose most people will use 2 factories for eco and 1 for cannons.

It has been confirmed that you can not get 3 factories, I am sick of seeing people already attack the USA as a civ. It has not even launched yet so we do not properly know how they will play out.

my first impression is that they stole my sharpshooter and german immigrants, and you people thought i was crazy.

also that’s a lot of ships.

while i still strongly disagree with adding the US as a faction ill give them a fair try in terms of gameplay though currently they seem potentially super OP for treaty, german eco with super hussars and portugese military.

I personally can’t wait to slap the British off the map as the US.

We got the best news we possibly could have hoped for, and this forum still finds a way to complain. Why would the dev’s bother listening to this endless pessimism?

It looks like there’s a ton of cool unique things in the new US civ without going off the deep end and inventing a new game. From the videos I’ve seen it looks like the dev’s knocked it out of the park! I’m so excited for april 13th!

Okay so first off, adding the USA is fine, there is literally nothing wrong with it. Your problem with it is your own and if you do not like it that is too bad. They appear fun to play and that is the point, if they made civs that are unfun people would not play.

Too many bonuses? They have a few but nothing too insane from what I see. They are also not every European civ, they have aspects from some of them, it fits thematically is not insanely strong. We have zero sense of how they actually play out so making calls now is worthless.

I would not want them to add the option to ignore dlc as that would split the player base when we are struggling to to it over 3K players. If you do not want to play with dlc civs go play TAD and enjoy how busted some of the civs were back then.

“endless pessimism” dude, the african expansion has been met with great expectation and has hyped a lot of players, come on

I am so glad someone else is positive about the new civ.

Thank you. People are acting so dramatic about this. I really like the civ design and while it seems quite OP at the moment nerfs will come. They look fun to play which for me is most important.

I am also pretty pumped about any sort of DLC, and this civ looks interesting and plays differently. Plus, we are still getting the African DLC everyone was clamoring for. People complain about the devs, but tbh the last balance patch was pretty good, and they are not exactly a giant team…Thanks devs! There is definitely a vocal group of negativity on the forums, but I am curious how much of a majority/minority it actually is.

Perhaps, but there’s only one thread about the African DLC with only 20 replies.

Right now people are complaining about how AoEIII is ruined forever by a free DLC. A game in which it is a miracle they’re even adding DLC to.