For the last time, nerf the Caroleans. Sweden is OP

I’m tired of Sweden being OP. I like the fact that devs nerfed the Finnhorses upgrade card from 25% down to 15% hitpoints, thus weakening Swede’s Hussars BUT Caroleans are still broken man and Sweden’s eco is so good. It’s very hard to beat them now that they got 3 new cards which further buffs their age 2 gameplay in Supremacy 1v1. 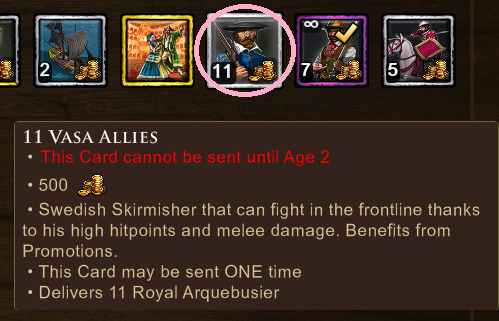 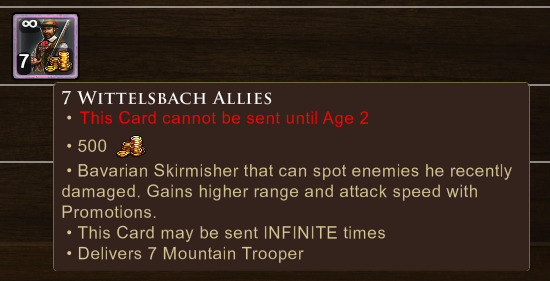 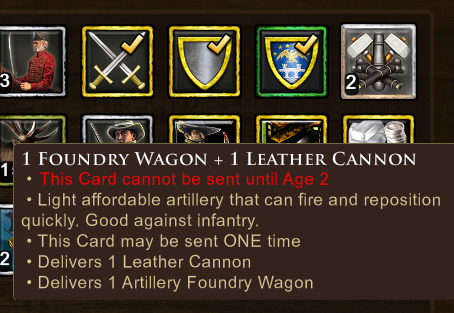 Sweden’s only weakness was the lack of Skirmishers, which was pretty awkward with Jaegers but now they got a Skirm shipment in every age, making Sweden really hard to be defeated.
It’s so unfair… The only solution I see is making Caroleans rate of fire equal to 3.

Surely that post is about 18 months out of date. Don’t hear people say Sweden are op these days.

Caroleans are bad they’re weak as and they need several cards to be good.

They’re half goons half musks and weak at both until they have like 3 cards.

I’m tired of Sweden being OP.
It’s not.

Sweden is not op, it has no skirm, caroleans are not really that strong. The mercenaries that are in the picture are not ops especially the Caribbean who suck for the little range that they therefore easily outmicrable and equalize the lack of skirm by Sweden.

Caroleans are not that strong at all. You need several cards to make them decent, I haven’t found their ECO to be that good either.

This update gave a lot to sweden. I think the extra villager is too much tbh.

It gave a lot to many civilizations. The update just came out, neverending complaining about OP this and OP that 5 minutes after every single update is exhausting.

A change I would like to see to Creoleans is to change their negative melee multiplier from rile infantry to light infantry. Right now they have a negative penalty vs rifle infantry (skirms, neftenya, ect.) but not against other skirm type units (otontin slingers, xbows, yumi, ect.). It would also create more clarity that it has a negative multi since light infantry has an icon on the ui (currently the rife infantry multi does not show up on the ui)

They didn’t change much to sweden, just got a few native/merc shipments same as all the other civs. The foundry card is quite bad imo, like I’d take 700 or even 600 wood over that.
The changes I most liked were the card that gives you 1 carolean per torp now lets you refund half the cost of torps as well now and the 4 copper mine shipment now is infinite but will ship only 2 mines after the first shipment, that saves me including all of the different mine cards in deck. New hakkas are great as well, feel a lot nicer to use.

I just think they should stop being a musketeer dragoon hybrid, but a more standard musketeer with good melee and charge ability, as Swedes now have a true dragoon.
But that’s unlikely. Caroleans have been the core of Swedish gameplay, while no one used the heavy cavalry hakkapelitt. So it’s easier to change the latter.

What’s the point of Caroleans then they’re worse than musketeers at damage and they already have Hakkapelits for their dragoon?

What’s the point of having black rider by default

Hakkapelit were tricky to use but they were great for ambushing Musketeers and overpowering them at range and switching to melee mode to clean up skirmishers, if they wanted to rework them they should have made them closer to mounted infantry.

I don’t find anything strange about hackapellits, they are not like dragons, they are Limited low range, you can just use them as before with the difference that you don’t have to charge them with heavy cavalry. Heavy cavalry raid and anti raid cavalry units as I perceived it, the caroleans are the focus of the Swedish army removing their multiplier against pedantic cavalry means making them useless in 2 ages and being overwhelmed by almost all units including the cav.

the truth is that at least in treaty he has some reason, before the update the caroleans already with all the cards are really difficult to counter. They last too long against skirmishers, they don’t allow you to use cavalry. In the same way, the Swedish economy in treaty still seems very broken to me, the torps can collect the three resources at the same time. After the patch I don’t know where Sweden is in the tier.

Caroleans are weak from years ago.

well personnally i find sweden too good since they added 100f crate at the start, for me swe age up too quickly, sometimes i see sweden age 2 at around 4 min with only a food treasure…

I thought Sweden was fairly balanced for the most part once they got rid of the age 2 three fusilier lame. Not sure with the new changes.

Treaty balanced and supremacy balanced are the opposite, I don’t understand why they are still under a single balanced that imbalance or one or the other.

The changes are good I think. They lowered vill build limit but made blackberries infinite so now torps remain relevant at least as a source of food, though not as fast as with blueberries. Same with allowing them to gather from more trees with the age 4 card and making the 4 copper mine card send 2 mines infinitely after the first shipment.