Issue:
-Game type set to Deathmatch (Against A.I.s)
-Black Forest
-Map Exploration set to “Explored” (Which I also have an issue with by the way, here’s a link to a thread with that issue Played explored, map was explored as grass, but the terrain was snow)
-Doesn’t seem to matter how big the map is or how many players there are

(THE ISSUE): Forage bushes don’t seem to spawn near any start locations!
Maybe this is just a new thing that’s supposed to happen, but I’m assuming not.
There DOES seem to be an overabundance of mineable resources nearby though. 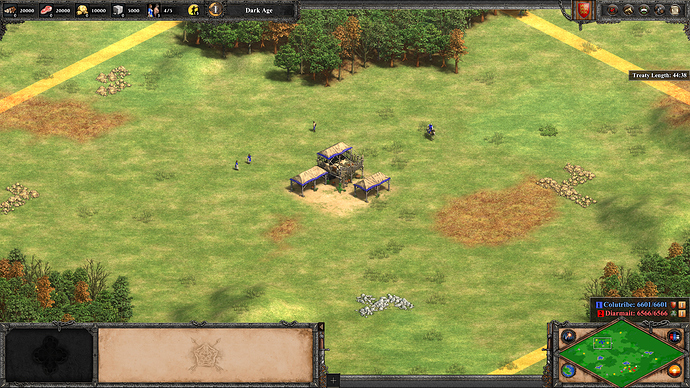 Deathmatch doesn’t spawn any forage bush, straggler trees or huntables/herdables. Deathmatches are usually played starting in post-Imperial age. Those extra resources are inconsequential when you start with so much and only get in the way of doing other things.