Sometimes when playing on “Unknown” maps with AI will result in native settlements which you cant build a tradepost at.
I found that the glitched ones are also identifiable by the lack of improvements stated when you hover your mouse over the settlement spot. (See image attached)

I don’t know what triggers it, but so far I have only seen it happen in “unknown” maps. Happens about once every ten maps or so.
Also I have attached my settings in an image just in case those might be a contributing factor. 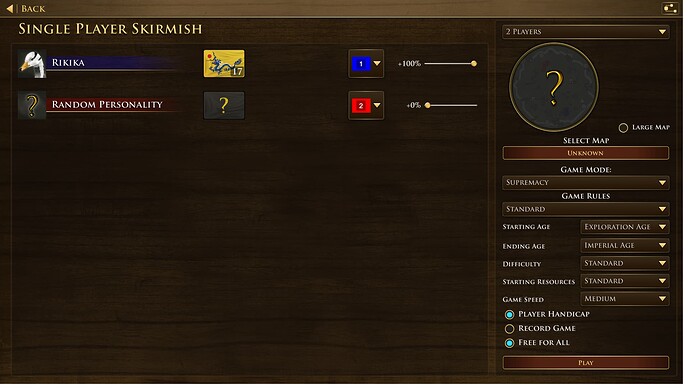 Thanks, we are already tracking this issue ^-^