Gothic language for the Goths

Hello, I have a suggestion to improve the Goths civilisation.

Currently, they speak the exact same medieval german that is used for the Teutons, it has been copypasted ever since AOK. However, gothic was an entirely different branch of germanic language : east germanic, now extinct, while german comes from the west germanic branch and scandinavian languages come from north germanic.

Gothic is an extinct East Germanic language that was spoken by the Goths. It is known primarily from the Codex Argenteus, a 6th-century copy of a 4th-century Bible translation, and is the only East Germanic language with a sizeable text corpus. All others, including Burgundian and Vandalic, are known, if at all, only from proper names that survived in historical accounts, and from loanwords in other languages such as Portuguese, Spanish, and French. As a Germanic language, Gothic is a part of t... 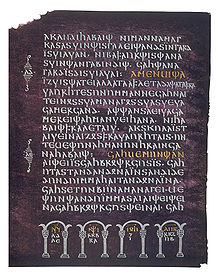 The Codex Argenteus (Latin for "Silver Book/Codex") is a 6th-century illuminated manuscript, originally containing part of the 4th-century translation of the Christian Bible into the Gothic language. Traditionally ascribed to the Arian bishop Wulfila, it is now established that the Gothic translation was performed by several scholars, possibly under Wulfila's supervision. Of the original 336 folios, 188—including the Speyer fragment discovered in 1970—have been preserved, containing the trans...

So what would you think about finally giving the Goths a proper gothic language, to make them sound different from the Teutons ?

Can you find all the ingame dialogues the units uses in actual gothic?

I’m not a linguist and I only speak a little bit of german to start with, so if I tried translating myself the result would probably be a disaster, but it does not need to be an exact translation from the teutonic lines. If you look at current languages, there are some differences which offer some margin of error. Let’s take an example between 2 ingame languages that are very close from one another : ordering a villager to gather some wood :

So all would be needed would be a selections of texts for the jobs villagers do, generic acknowledgements, attack orders and royal (for the king) and religious lines (for the monk). For the last one, you can maybe directly take lines from the bible, for example :

I think my question did not come out right or clearly.Im asking if the words are available from the sources.Its not as easy task making language from written sources so the time and effort might be better spent doing something else.

Roughly half of the bible still survives, so I assume there is plenty enough material to work with.

Even without digging into original texts, let’s look for a dictionary to have an order of magnitude. This one is 27 pages long,

For example in it I cannot find “hunter”, however I can find “butcher” (skalja), which is close enough.
Not “lumberjack” but “wood” (triu) and “worker” (waukjan)

So I’d say it can be done, even if inaccurate translations (“butcher” instead of “hunter”) have to be used 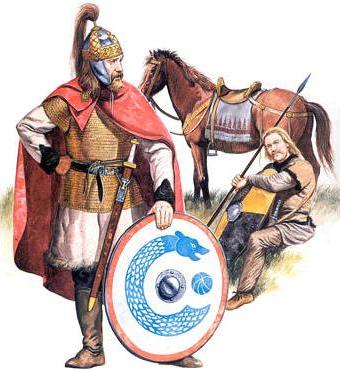 Gothic lines for Goths and Huns

I’ve created such a thread a while ago too:

I find it quite weird that some civs are still using the same dialogue in the DE. I know nostalgia plays a role but stuff like the Gothic lines could be fixed. Huns are more problematic considering we don’t even know which language they talked (if it was a Turkic or Mongolic one.)

Civilization simply avoided the problem for the Huns, by having Attila speak another turkic language.

If we really wanted to get the Huns right, I’d say having their villagers and military units speak gothic since they subjugated many germanic people such as the Ostrogoths, the spoken language is not a problem for the hunnic cavalry since it’s that horse sound, and have the priests & kings actually speak a language related to hunnic since the 2 or 3 words attributed to hunnic are of uncertain origin. It wouldn’t be the first civ to use 2 different languages, the Britons already do that (their priest speaks latin) 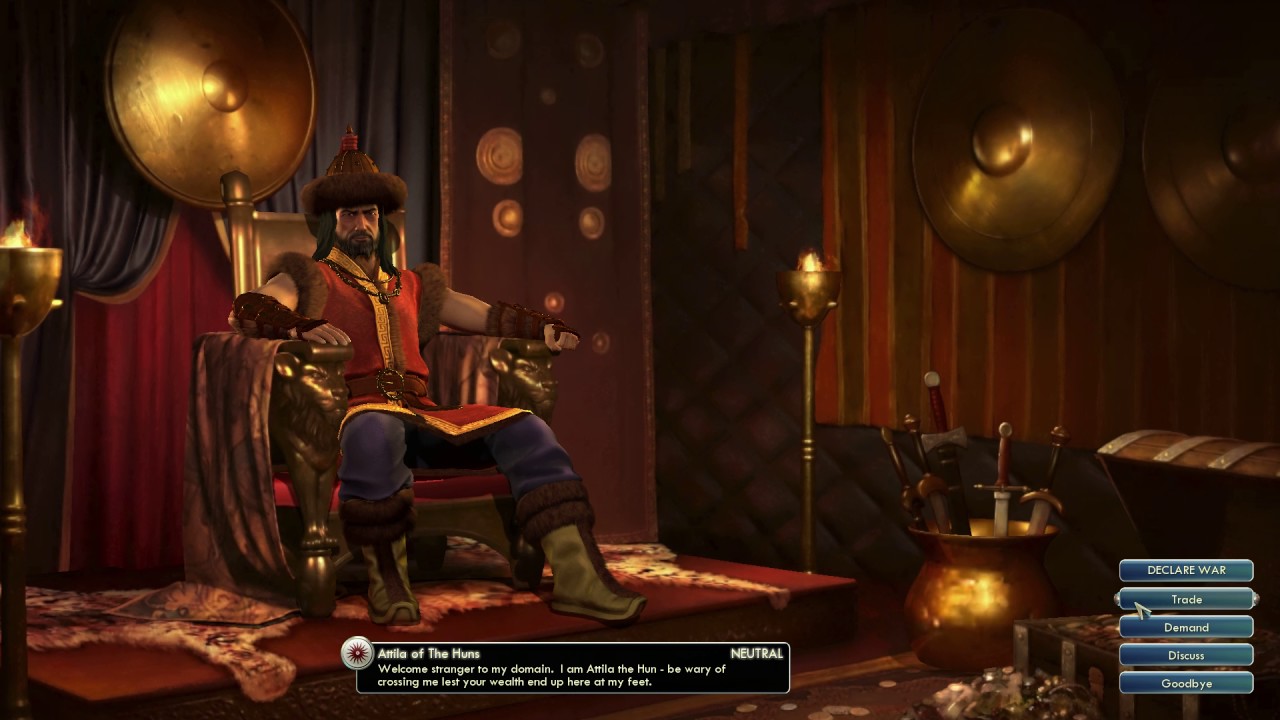