Before anything, I’m here as a historian and a gamer. I have a master degree in XIX century history and I think I’m more then qualified to discuss this Topic.
I know a bunch of people here dont care much about Historical accuracy in a game, but on the other hand, a lot of you guys do care about some history while playing RTS games like Age Of Empires.

Historically, the use of the name “grenadiers” was used to emphasize the quality of that battalion, being countless times the elite of the infantry line.
They could use grenades yes, but not like we see here on aoe3. The grenades were used in sieges, in the invasion of boats and houses where there were enemy soldiers.

What were the grenadiers then? They were musketeers who fought in the infantry line in special “guard” regiments.

Let’s talk gameplay? The grenadiers present in the game are perhaps the worst unit in terms of efficiency per pop and cost-effectiveness. Although they are HEAVY INFANTRY, which in essence means that the unit can defend itself against HEAVY CAVALRY, They are devoured by any cavalry in the game, even melee goons.

Ok, they cant fight cav, but they can fight “light infantry”, right? Wrong! Even with a higher ranged resistance ot 40%, the same pop skirm wins granadiers. Lets say, 5 granadiers vs 10 skirm. Well, they get melted.

Alright, alright, let’s see the British granadiers with all upgrades, cards, and everything. They still useless in late game. All british musk cards benefits the granadiers and still, is useless.
The same goes for ottoman, with a Royal guard unit that is useless. And Rússia aswell.

In my personal opinion, the Dev team can have a look at this unit, since it’s a way to compensate New civs getting everything New and Brillant while old civs still “outdated” in many ways.

Hope you guys speak what you think. 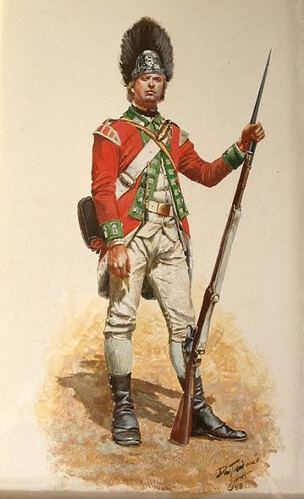 i think you cant really change current factions rosters that much with grenadiers, tho yes current grenadiers aren’t exactly historically accurate since they are more similar to modern shocktroops in role and equipment.

i do think grenadiers could get a buff, as long as it isn’t to their anti building dmg.

as for a more historical grenadier then i think you would need a new faction for that, perhaps Denmark could get a unique variant that is more historically correct (i dont think Poland or Italy really used grenadiers much).

A small buff in it’s range would be nice.

what i would do is give them a 1.5 multiplier vs all infantry, that way they should be better in their intended role.

number can then be tweaked as needed, grenadiers largest issue IMO is that the unit does less dmg vs almost anything and 30-40 dmg even with AOE is kind of lagluster for a 2 pop unit that is countered by as many things as it is.

That whill make them counter skirmishers , who are supposed to counter granediers . It will be so op .

Boosting range will be a good option , so u can keep them behind ur musk, and let them do demage to mass units .

No units should supposed to counter their counters . But there should be a way to use them in mix with other units , that’s will be a good boost .

skirms arent really meant to counter grenadiers, i dont think range will improve the unit, actually the opposite.

also you want grens to tank FOR your musk, not the other way around.

And do u know skirmishers have multiplier vs granediers ??? . That’s how counter system works man .

Anyways every range unit with aoe demage is supposed to be countered by skirmishers , except cannons . That’s how it’s balanced .

U want granediers to tank for musk ??? , why will u ever want any unit to tank for musk . Musk are supposed to be the tank for other units from mele units . And if u want range tank , use skirmishers , .

No aoe units should be allowed to be tank , that will be so op , tank unit with aoe demage .

Lastly why will u want to protect ur musk by any other units anyways ?? Musk don’t have any range multiplier.

grenadiers also have super high range resist and do siege dmg, grenadiers are meant to counter all types of ranged infantry.

And do u know skirmishers have multiplier vs granediers ??? . That’s how counter system works man .

do you know that musketeers counter dragoons? doesn’t stop riffle riders from countering them back.

the game is more complicated than x has y multiplier, units have other effects that determine their ability to fight other units.

grenadiers have high range resist and do aoe siege dmg, its pretty obvious they are meant to counter ranged infantry.

Anyways every unit with aoe demage is supposed to be countered by skirmishers , except cannons . That’s how it’s balanced .

because they are cheaper, have a lot of health and range resist. its preferable for enemy musk, skirm and dragoons to fire at grenadiers than to fire at the musketeers.

No aoe units should be allowed to be tank , that will be so op , tank unit with aoe demage .

that is litterally what they have been doing for the last 15 years, you think 1000 hp vs ranged units is to be snuffed at? esp for 180 res.

Yes my mistake , every range unit who do aoe demage should be countered my skirmishers( except artillery , becoz they are counters by culv) . For balance purpose .

Granediers are not supposed to counter mass skirmishers ever , else they would be so op ,
they will themselves becoma artilary that imagine that can’t be counted by culv .

That will break the game .

Rifle riders counter are counter by skirmishers , why do u need musk to counter them .

Now u will argue , artilary have huge range resistance , so u should put ur horse art and culv in front to tank for range demage ??? . Lol . That will be so lame right ???

And granediers was NEVER supposed to tank range demage from skirmishers , that’s why they were heavy infantry tag ,

Originally granediers were designed for civs who don’t have strong skirmishers , to counter mass musk .

None in 15 years used granediers to tank for range demage . U know why ??? Becoz they are not tank when u put them vs skirmishers .

Lastly granediers are balanced in the way they are counters by skirmishers .

U don’t want a range artillery that can’t be counters from distance by culv .

no musketeers counter dragoons in ranged, why? because they cost half and have the same dmg and 2/3rds the HP, in any realistic scenario musk outnumbers them 2 to 1, which mean they de facto counter them, they dont need multiplier because their dmg is as high as it is for their price.

And granediers was NEVER supposed to tank range demage from skirmishers , that’s why they were heavy infantry tag ,

yes they were. thats why they litterally had 50% range resist, meanwhile skirmishers are usually reliant on their own ranged resist which doesnt matter since grenadiers

Lastly granediers are balanced in the way they are counters by skirmishers .

grenadiers are countered by art and cavalry, that is their weaknesses, they also dont perform particularly well vs melee infantry.

None in 15 years used granediers to tank for range demage . U know why ??? Becoz they are not tank when u put them vs skirmishers .

yes they were, its just that it didnt add enough value to be worth it over hussars.

let me ask you this question, if units are allowed to counter their counter then why does lancers exist? i rest my case.

Do u think lancer counter heavy infantry ??? Musk or pike are the best counter to lancer , none crying about musk countering lancer , u know why ?? Becoz if lancer trade cost effectively vs musk/pike , they would be op , but they are not . They have low base attack and musk have great multiplier vs them in mele .

if you use pikemen vs lancer you die.

Depend what pike u r using , ,

Range buff is good enough , buffing aoe can put them near op

in post imperial with all upgrades it takes a spanish pikeman 10 hits to kill a lancer, it takes a lancer 2 hits to kill the pikeman, so no it doesnt depend on the pike.

in veteran age you are lucky and it takes up to 3 hits from the lancer to kill the pikeman and only 9 hits from the pikeman. but regardless i hope you can see that in any realistic scenario pikemen are inferior, a lancer will easily beat them 1 vs 2, maybe even 1 vs 3.

Back to 2005 there weren’t units with multiple ranged attack modes or special abilities…and now it’s too late to completely rework an old unit. If you adopt the peruvian legion/dahomey amazon model it would just become a more expensive musketeer, and rarely does a regular unit overlap with another (not counting mercs/natives/consulates/revolutions because they are seen less frequently).

The grenadier fills the role of “early artillery” in age 2, and almost does the same as an artillery (though cannot counter skirmishers). The main problem is it’s quite expensive to get out of the way to build an artillery foundry in age 2 just for this unit.
Moving it to barracks is probably too much. So the unit should at least be made appealing enough to make 300w for the artillery foundry worth it.
I’d expect the grenade launcher card to be moved to an arsenal technology (one card to make a useless unit a bit more useful is again not worth it). Then maybe give it a bit higher hp or melee which fits its historical role as an assault unit.

Also the fact that as siege unit, pikeman performs better.

Ah so that’s what the grenadiers are for in Empire Total War. Thanks.

Well, after those replys we can be sure that a small range buff would be good. Maybe a x4 vs cav in melee aswell.