DESCRIBE THE ISSUE IN DETAIL (below). Limit to ONE issue per thread.
It has happened 3 times now, always on Siberia (though maybe because the map is so big so it often gets late), where the game suddenly hangs. It seems to happen lategame (e.g. 26 minutes 26 seconds), though I’m not sure really. This time I took a process dump and came to report it

List the DETAILED STEPS we can take to reproduce the issue… Be descriptive!
?? play a match 3v3 on siberia? not sure

What was supposed to happen if the bug you encountered were not present?
I can play without crash or hang

What actually happened (what went wrong) because of the issue you’re reporting?
the game hangs forever

It happened again, though not on siberia 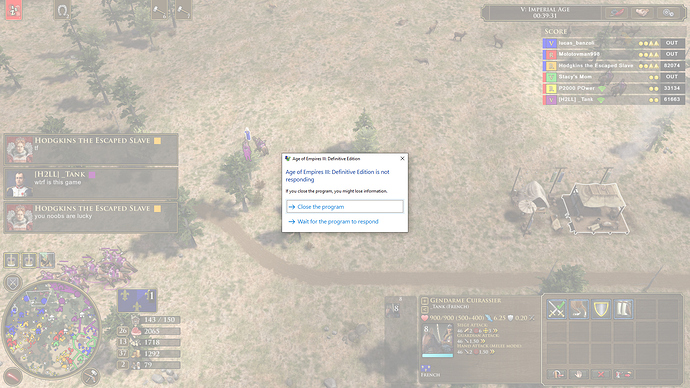