Help with the editor

I need your help with the editor in AoE II DE.

You need to store the Immobile Units AI in your AI folder, then you can select it in the editor.
C:\Program Files (x86)\Steam\steamapps\common\Age of Empires 2 DE\resources_common\ai

A task consists of several subtasks. What do I have to enter if I want to see if partial tasks have already been completed. For example: „3/5 Longbowmen killed“

You have to use variables for that.

In the objective text it could look like this:
“<Variable 1>/5 Longbowmen killed.”

Is there a list of sounds that are available in AoE II DE so that I can use them in the editor? In Forgotten Empires there was a drop-down menu, unfortunately this is no longer available and I can’t find the names oft he sound files anywhere.

You have to create a mod with the correct folder strcuture and place the sound files there. It must be wem files, however. You can also make use of some of the retail sound files that ship with the game.

A more advanced guide can be found here: 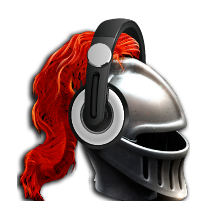 A work-in-progress guide to modifying or adding new audio in-game, as well as using them in scenarios....

@BassiAoC, the problem with the Immobile Units AI file is that I don’t have the steam version. If I want to paste it in the resources_common\ai I get a message/error that the folder does not have enough space. And I couldn’t solve this error.
So I think the “No Unit Movement Mod” is the best way, I will try it later.

Thank you also for the sounds and the solution with the subtasks. I tried this way for my “countdown-problem” but unfortunately it doesn’t work with the variables. Any other idea?

@Yorok0, I tried the mod but it doesn’t work. Even with the installed mod I can’t select another AI than before. Is there anything else I have to do after subsciping the mod?

the problem with the Immobile Units AI file is that I don’t have the steam version.

Does that mean you use the Windows Store version?

Oh sorry, I forgott to write that. Yes I have the Windows Store version. But if it’s easier to get immobile villagers with the steam-Version I have no problems to buy that version.

I bought the windows store version because I thought it will be easier with the LAN modus. But unfortunatelly there’s no LAN Modus, so it doesn’t matter which version I take to create Scenarios.

Ouch, actually it appears, that AI mods don’t work in scenario editor. They only work in standard game and multiplayer. I have posted a bug report about it, but no one has reacted to it in 5 months.

I got “No unit movement” AIs to appear in scenario editor by copying files from “C:\Users\{username}\Games\Age of Empires 2 DE\{userId}\mods\subscribed\820_AI - No Unit Movement\resources\_common\ai” to “Steam\steamapps\common\AoE2DE\resources\_common\ai”.
I tested this AI and it works.

But because you are using Windows Store version (that version prevents access to its files) you probably can’t access game AI files folder, so this fix won’t work for you

Using AI Script Mod in Scenario Editor, Need Help. (No Unit Movement Mod)
Almost had it with this failure of a game
SalamanderRobot May 27, 2020, 3:10pm #9

I used these files to have inactive villagers.

Yet, I never tested it in the Windows Store version. If you download this scenario and start by moving to the south, you should see inactive villagers.
Maybe you can test it to see if this solution would work for you.

Thanks for reporting. We will track the issue.

It is not specific to Windows Store though

Game Version: Build (101.101.33315.0 4426672) Platform (Steam) Issue: AIs added through mods are available in standard game and multiplayer, but not in scenario editor. So in order to use modded AIs in scenario editor for testing, I have to put them into game files (“AoE2DE\resources_common\ai”)

Please don’t track it. SOLVE IT!
If you bought the Windows Store version, you are really f*cked. You can’t do anything with installed AI-mods when you’re designing a scenario or campaign (p.e. immobile AI).

That’s also my opinion. There shouldn’t be such a difference between the windows-Store and the Steam-Version.

What I’m wondering all the time - there’s an KI called “ohne” (I only know the german name). With this KI you get immobile units but not immobile villagers. @BassiAoC, why do you not publish such an KI with an official Update for all Players?

I know this doesnt solve the problem with the AI-mods in windows-Store. But maybe this is much more difficult to solve? So a new KI with immobile villagers would be a fast solution.

Independent to the different AI’s. There are so many kampagnes with villagers standing still as long you reach a special target (build a town center, …). @BassiAoC How did you programm this in the editor? Maybe I don’t need a new AI?!

The same with the countdown. It can’t be that difficulty if it’s already in the campagnes.

This is how you do a Countdown
flaz17 will return to the forums in %d minutes.

Immobile AI that can turn into a Build and Destroy AI
http://aok.heavengames.com/blacksmith/showfile.php?fileid=13243

If you bought the Windows Store version, you are really f*cked. You can’t do anything with installed AI-mods when you’re designing a scenario or campaign (p.e. immobile AI).

That’s also my opinion. There shouldn’t be such a difference between the windows-Store and the Steam-Version.

For now, I’d recommend to just install the AIs you need manually by putting them into your AI folder

They have to put them into same folder(s) as their scenario(s), because they can’t access game folder files in Windows Store version.

I’ll try the scenario files. But if this won’t work I’m going to buy the steam version. These villagers are a must have for my scenarios. Is there anything to note if I have both versions on one pc?

And one more question to the villagers AI, maybe anyone has already the answer.
What about my friends, do they need the AI in their folder too? Or does it also work if only I have the AI’s?

@BassiAoC, thx a lot for your answers to my problems with the countdown, subtasks and sounds. This helped me a lot! Do you have an idea because of the crashes in the multiplayer game (Question 5)?

I create a campaign in which I have changed the attributes of a unit. I send my friends the campaign file and we now want to play it in multiplayer mode. When the game starts, AoE crashes with some players, others load it easily and they can play the campaign.
What can that be? Any idea?

To clearify: Are you speaking of a scenario file or do you really mean campaign file?

I mean a scenario file.