Hero Units with special abilities - how far should you go?

I assume that this screenhost is from the campaign (or Art of War or even Tutorial) and not from normal Gameplay.
I think it’s likely that players will only have one Hero that might just be named King (because of the very obvious crown symbol)

The fact that the other two special units don’t have a hero glow in game might mean that they are just special normal units that appear in the campaing and not real heroes.

Tbh, I don’t tink there will be many civ wins in 4, as the civs are going to be(in SoTL words) leaning towards SC2 instead of AoE2 to civilization

Not sure what you mean.
You mean that there is only going to be 4 civilisations that are very different?
You can already see France and England in that screenshot having the same units types.

AoE4 is a history game. Historically the armies of England and China weren’t that different.
Chinese pole arms might look different than English ones but function nearly the same.
Not like they are literally aliens like in SC2.

Tbf I dont really like this heroes idea. I hope they are only for single player campaigns and scenarios. I don’t want MP games to revolve around heroes which have special abilities or, even worse, you level them up.

hero units are confirmed to MP since XO19, mongols start the match with a “Khan” that can send a eagle to scout.

It was never specified that is a special ability from a hero, that scouting eagle flying in the old trailer could as well be a civilization ability. Actually I kinda remember them saying something like that. Or correct me if I’m wrong with proof.
And heroes were never confirmed specifically for MP, on the contrary, they said they would like to move away from the hero thing:

All right let’s talk about facts that are no longer a secret: Special and hero units are confirmed for Age of Empires 4, with the Mongols the Khane take over this function. One of the abilities of these leaders is prominently presented in the trailer, without the viewer noticing it at first glance: The falcon who uncovers the British settlement at the beginning of the video does the same in the game.

in the interview it was under the “Crunch Point Campaign” which they were talking about campaign, so i presume those are for campaigns

Where did you get this info? can you send the link?

I really like hero units to be added in AOE 4 but I also hope that they’re not too OP to ruin the game.

If we are adding special abilities it should be like the ones in StarCraft II.

Lets say the Hero on the screenshot has 3 abilities and the other two Hero like units don’t show their abilities unless you select them.

Those seem reasonable abilities for an Age 3 Hero. There can possibly up to 4 abilities.
I think direct damage abilities like the first one should be rare, this is not Warcraft 4.
Heroes should be a support for the army and not an army of their own.
Maybe the can have a permanent aura like War Chiefs in AoE3 or only a temporary one.
A global ability cooldown could also be an interesting option because it would reduce ability usage and make it more of a strategic choice instead of trying to use every ability on cooldown.

agree. I really like hero units to be added in the game. but I also hope that they’re not too powerful to break the game

My wondering is, it shows that you have 3 heroes selected, but you only see one. Where are the other 2?

Veterans Units in the new footage?

That sounds reasonable, thanks

if they want to add a hero units into multiplayer at very least they shouldn’t make them as strong as dawn of war and warcraft heroes or have a crazy abilities and can be easily countered by counter units(e.g cavalry hero gets hard countered by spearmans) and the game shouldn’t focus on hero units just to win or necessarily to play a normal aoe game, but otherwise it’s a bad game design because hero units were never that strong or important in any age game or never part of the classic ones, for example age of mythology hero units can pick up relics and hard counter myth units but they are indifferent against human soldiers and can be beaten by them.

i’m still confident that heroes units won’t be in multiplayer, but i guess i should wait and see the event

How can that be reasonable ability in a historical medieval game? Don’t tell me you want magic in the game.

Where did you get this info? can you send the link? 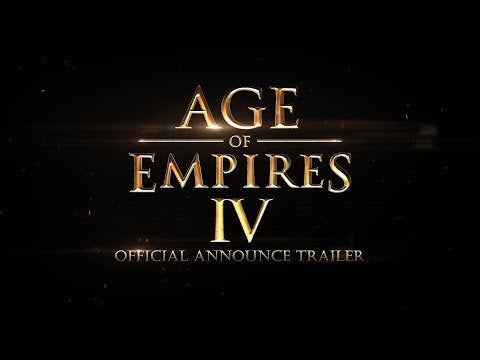 You can find the info there and they put sources at the end of the post as to where they got them from.

Wouldn’t be the first melee cavalry that does some kind of AoE damage.
Cataphracts, Slavic Infantry and most AoE3 cavalry can cause trample damage.
Multiple melee units also have AoE damage in AoE3 like Curassier, Spahi, Doppelsöldner, Samurai etc.

The British explorer can have a Swashbuckler Attack ability that damages multiple units around him.
The icon could indicate a big sword swing attack that damages multiple units.
A single target ability would also be possible but I think kinda boring when you can just take out 1 enemy unit instantly ever 2 minutes or so. (Like Eye of the Assassin in AoE3)
Campaign Heroes also had similar abilities.

I think it’s more than likely that it’s an melee attack ability that damages multiple units. Seems like the most generic Hero ability.

Realyl depents on the implementation, of which we currently know almost nothing about.

I don’t think they will have heroes like in WarCraft 3 that level up, have a wide variety of abilites to micro and take on an entire army just on their own. Plus in War3, the armies are much smaller than in any Age games, which focues more on large scale battles, especially in later stages of the game. In War3, even in the very late stages of the game, you have rarely more and couple dozen units in a battle.

My guess it that they will end up somewhere close to the explorers or Daimyo from Age3: stronger than regular units, with a limited set of abilites. In the early game, they can be quite strong and important to micro, but will become less and less important as army sizes grow. Except something buff to other units.
I personally liked the auto-abilites from Age of Mythology, where the hero units had each one ability, which was triggered automatically at a possible time (and had a cooldown). But that doesn’t seem to be the case here. Just guessing from the screenshots, I would say the fist is a heavy meele attack, the second somd kind of buff and the third a healing ability.
For multiplayer, that could be different. Campains don’t need such a tight balace, and designers can experiment with different mechanics, which I would like to see to keep things interesting.