Hope to fix an issue about building gates

If we build a horizontal/vertical gate, it will occupy 1x4/4x1 grid, but if we build a diagonal gate, it occupies a 2x2 grid instead of four 1x1 grids on the diagonal. As the result, we can’t build multi-layer diagonal gates closely without gaps. That’s so annoying!!! 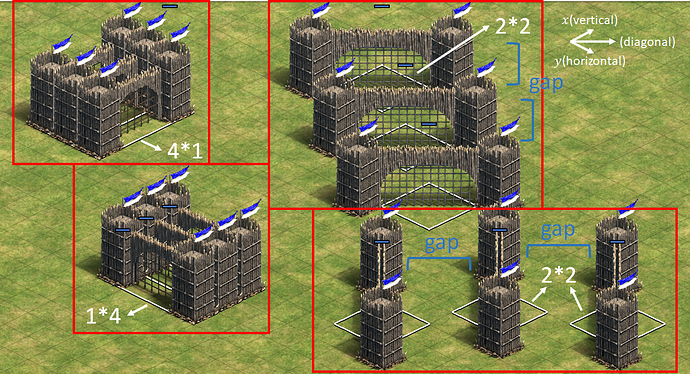 And sometimes you can’t build a gate like this due to the 2x2 square. 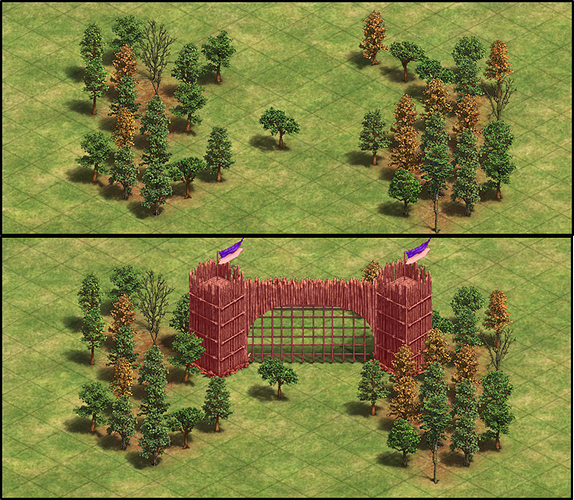 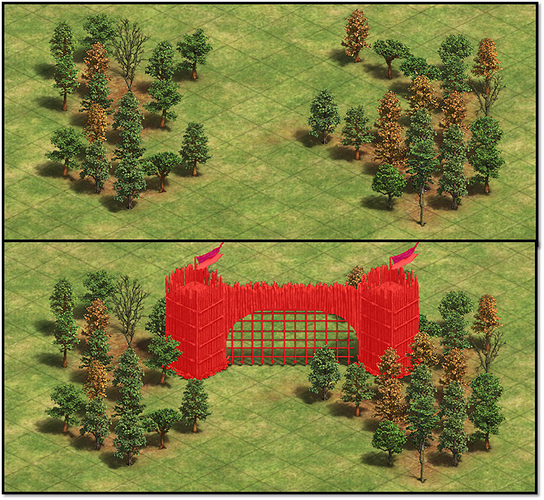 Screenshots would help to illustrate this issue

I’m not sure I understand your statement. Screenshots or a video would be nice 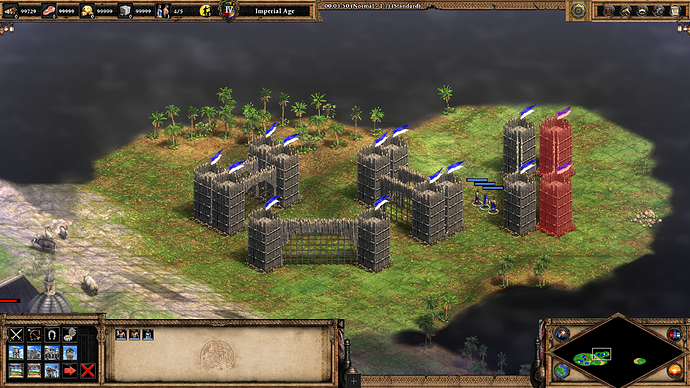 i believe this is what he is talking about

Now this issue aside, why would anyone try two gates like this? Other than a replace for the gate that’s being destroyed?

I build gates like that so that they’re harder to break through. Palisade gates go down really quickly against knights.

At the point that the opponent has knights, one should switch to stone gates.

But thanks, I understood the point

one should switch to stone gates.

Because all civs have unlimited stone and/or access to stone gates? (cumans) im not targeting you specifically bro but you need to realise other people have their own preferences /ways of doing things…

Agreed. Every now and then i forget the gates are bugged like this and i still try stack them…

That’s why I asked for a why

im not targeting you specifically bro

Nah bro, we good. You are just responding to a post.

That’s right!! Thanks for your support!!

Thanks for your suggestion! Now I add a screenshot.

But some civs don’t have stone gate

But it’s only 2 civs (Goths and Cumans)

Aside from already mentioned reasons, custom scenario designers would love this possibility. Think about Genghis Khan Mission 3. The Great Wall has 3 stacked gates.

And sometimes you can’t build a gate like this due to the 2x2 square.

I was surprised that this cannot be done. Because if a horizontal gate only takes 2x2 space, then this gate should be buildable. No tree is blocking the central 2x2 square, or the two pillars.

So I did a test in editor, and found some unnatural logic: If you want to build a horizontal/vertical gate, the 4x4 square that contains it cannot contain other barriers (tree, building, relic etc.). BUT once built, this gate doesn’t take 4x4 space. It occupies only the central 2x2 square and the two pillars, as you could place a farm overlapping its 4x4 closure.

I know this would be hard to fix. But one idea I have is:

Make the gate use the annex system, just like the TC, so that it contains four 1x1 components. This way the hitbox would be the union of four unit squares, and building stacked hori/vert gates becomes possible.

The downside is how to display the gate’s hitbox when you select it. Showing four separate squares feels not like one building.

If you are interested in the annex building system: 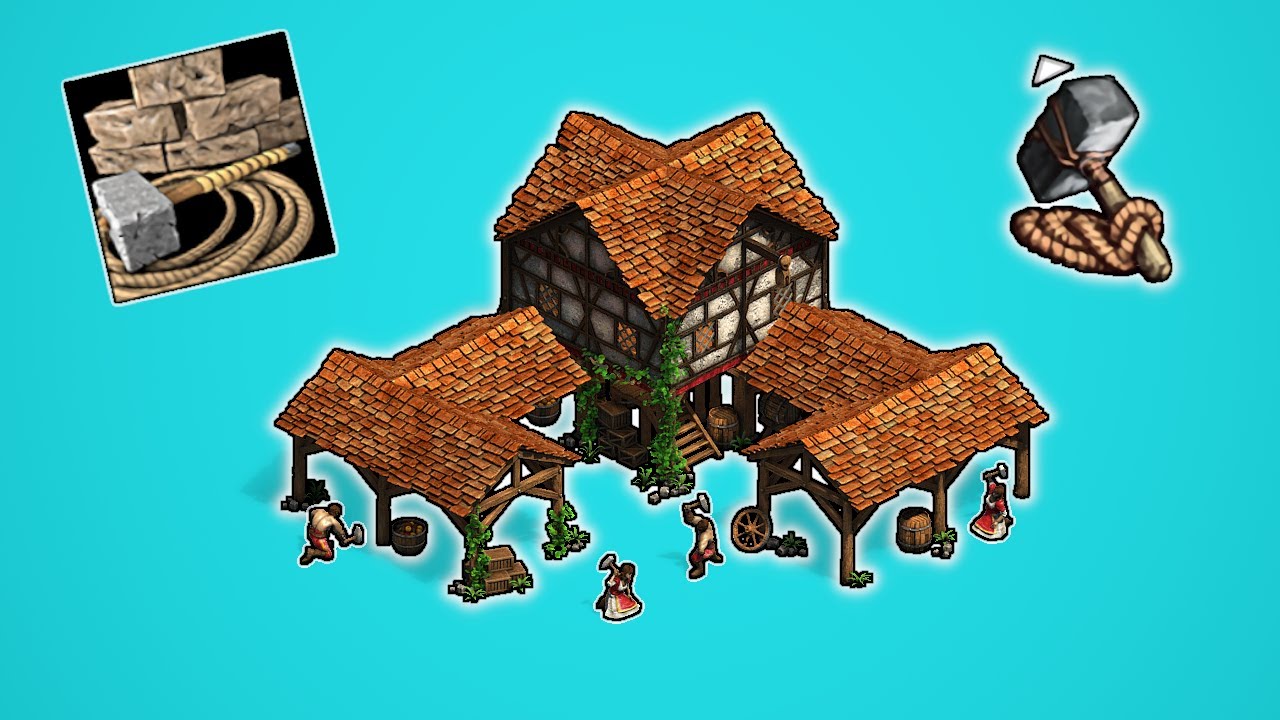