How about just new campaigns instead of new civs?

I know there’re many people who don’t really like to see new civs to be added as we already have too many.

So, I want to see how others would think if future DLCs are no more about new civs but for new campaigns instead. Probably also with new unique architectures for some civs.

For example, a DLC for campaigns for the Persians, Chinese, Koreans, Japanese, and their own architecture sets such as unique Castles like recent new civs.

I think new civs + new campaigns would be cool. If there are no new civs, me no buy

i only play multiplayer, so buying dlcs just for campaigns won’t do much for me. but hey, just my 2 cents.

I would buy it.

Unique Architectures have always been free for everyone.

I don’t think campaigns are popular enough to get the majority of players to buy a dlc.

Since I’m a pure singleplayer and campaign guy I’d gladly buy such DLCs. I mean they have to stop adding new civs at some point and no one will complain if they release campaign DLCs with unique architecture as you described.

I would definately buy it. While I usually play multiplayer, Campaign is still one of my favourite parts of the game.

more content is always welcomed, but more civs would be more welcomed than just more campaigns at least for me. i would also buy a DLC with just a new regional skin for all civs on their villagers to make them feel more unique

like i would love to see berbers villagers, chinese villagers, and franks villagers all diverse in looks

I always wonder why they changed their mind on adding new civs. It comes across to me as creating job security. Then why not leave 2 years between each dlc instead of this rapidfire we’ve seen. Pumping out all civs immediately, leaving nothing for the future… And many here still crying for new civs, so silly.

The problem about that is that there are already tons of custom campaigns available for free on the workshop which are just as good as the official ones, so a campaigns only DLC would be quite underwhelming.

I think you understimate how big is the casual playerbase

Well casual doesn’t necessarily mean single player. I mean you might be right that more people play sp compared to mp but 1) you’ll lose out on at least 1/3 of the player base, 2) you produce new paid content that isn’t addressed to the online community which 3) also means basically no advertisement as sp doesn’t matter on most streams and doesn’t matter a lot on forums or the like (maybe it does here on the official forums but that’s it I guess).

I am an avid fan of both the official and custom campaigns, so I would 100% buy a campaigns-only expansion, but it would probably need to have a lot of campaigns or be cheaper or else people will feel they’re getting screwed.

We can use some more civs but eventually a threshold will be reached where it’s enough.

I’d welcome civ-specific architecture sets with castles and appropriate villager skins at that point which could come with related campaigns.

If there was a new DLC which only adds campaigns and maybe architecture sets, I’d at least want it to have more new campaigns than usual.

As a singleplayer skirmish enthusiast, I’m only interested in new civs.

Especially considering how much untapped potential there is still left in America, Africa, Oceania and at least still a bit in Asia, it would be a crime to stop now.

I hate this idea personally. Campaigns are fine, but we don’t have enough civs, I want to keep adding more. I want to be able to complete everything and play all the campaigns, but I also want to buy a DLC that will last longer than the time it takes to play the campaigns, because I’m not the kind of person who really likes playing them multiple times.

Really not a fan of this idea, then I would feel like I’ve wasted hundreds of hours playing everything on hard, and now I have to do it all again even harder to feel like I legitimately bet the campaigns on the highest difficulty? No thanks.

do you have any data for that? i understand that it might feel like that in these forums, but i would think most players dont play any multiplayer.
It’s hard to get numbers on this, SOTL has a good take on this, and estimates that it’s at least 60% that only play singleplayer: 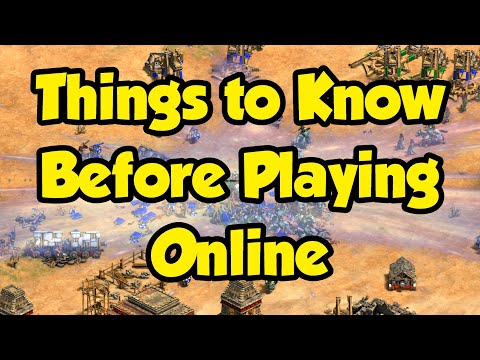 Looking at steam achievements only 40% of players have ‘Eat 2 wild boars in the dark age’, which is kinda necessary in multiplayer

so i strongly doubt your data here

Especially considering how much untapped potential there is still left in America, Africa, Oceania and at least still a bit in Asia, it would be a crime to stop now.

Lol there are neither reliable sources nor relevance for North American civs, what would those be based on? Legends or fanmade fiction??
Unless you mean meso America ofc where Toltecs could still be added with some coyote warrior UU.

But I agree both (North) Africa and Central Asia could do with at least 2 more civs each.

I’m sure castle or architecture DLCs coupled with campaigns would sell equally well and as soonish the total of civs will be oversaturated it’s worth to be considered.