How can we make Meso-Civs balanced?

So since there is this big discussion going on about putting Meso-Civs in the game. So I have been wondering how you would implement these civs to be just remotely competitive with the others while not straying away from a realistic depiction if these civs history.

As far as we know walls and sieges will play a bigger roll in AoE4 than it did in AoE2.
Now as far as I know the Meso-Civs didn’t use any advanced siege equipment when fighting each other. (I might be wrong here)

So what are your ideas on how to make it possible for these civs to fight against the other civs if they don’t have an actual way to scale or break the walls?

Someone had the idea that they should be able to hire Spanish canons but to me that doesn’t quite feel right.

I’m looking forward to your feedback!

Cheap and plentiful units, an economy based on booming, low stats but high bonus damage scores, and a lot of upgrades to tie it all together.

An imaginary comparison, for example:

As for siege, and SPECIALLY because of wall combat, they would have Ladders, Ropes, simple Rams, Mantlets and Hornet Throwers.

And how will they be fighting and taking down castles in the later stages of the game? Just with rams?

Why not borrow some mechanics from Cossacks/American Conquest and other games?

-You can capture enemy Workers and get their technologies.
Aztec warfare culture by the way has heavily based on capture enemies.

-You can capture enemy buildings by send inside your soldiers Aztec warfare concerns the aspects associated with the militaristic conventions, forces, weaponry and strategic expansions conducted by the Late Postclassic Aztec civilizations of Mesoamerica, including particularly the military history of the Aztec Triple Alliance involving the city-states of Tenochtitlan, Texcoco, Tlacopan and other allied polities of the central Mexican region. The Aztec armed forces were typically composed of a large number of commoners (yāōquīzqueh [jaː.oːˈkiːskeʔ], "those ...

-Considering they are very light, why shouldn’t they be able like some Units from Battle from Middle Earth to simply climb on and over Walls? 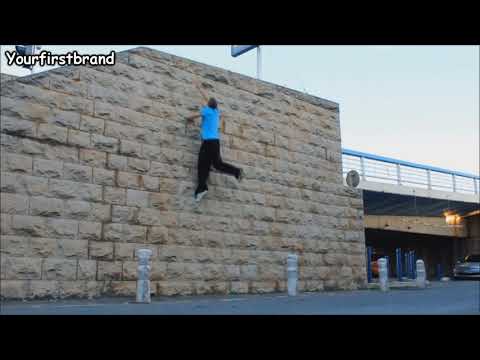 And how will they be fighting and taking down castles

Hitting them with weapons like in AoE1 and 2, or throwing Torches like in AoE3.
How do you think real Castles were taken down? Either scaling the walls, breaching the gate, or tunelling under.
Long Range bombardment was the least likely way to try to breach a Castle, as it would take literal months, and tonnes of resources.
This is also why people that built Trebuchets or Bombards were all doctored engineers, that studied mechanical sciences at universities, not just local carpenters and smiths.
In fact, the very first Gunpowder weapons were only used by Engineer Corps.

Using Mantlets to cover for advancing Rams and Ladders, is exactly how the vast majority of Sieges went, when it was expeditious to assault the Fortress, and not just wait out for the defenders to starve.

They can’t have a blacksmith of course. They need an alternative.

Really hard. I don’t like the AoE3 solution with canoes that can sink Frigates.

Siege is hard, especially if a siege unit that can outrange defence is required for balance.

This could more or less apply to Inca too and even more so the the neighbours of the Aztecs like the Zapotec.

Yeah good points.
And as you mentioned navy is going to be a problem for these civs too. So while I am not against adding American civs, I really struggle to see how you would actually put them into the game without streamlining the civs as it was done in AoE2.

They can’t have a blacksmith of course. They need an alternative.

Only Aztecs, Mayans, Zapotecs and the like. Chimu, Tarascans and Incas, for example, can and did have blacksmiths.

Aztecs also had some weapons made of metal but it was very rare.
Inca didn’t use as much metal either so they could have the same alternative building too.

Trebuchets were credited for destroying some castles but yes the most common use was killing defenders or even destroy the battlements but not the entire wall.

That doesn’t help them against walls.
I think it’s not too hard to give them an army that can fight on the field but it’s hard to give something that is good at siege without looking ridiculous like archers that outrange castles and do a lot of damage to them.

It seems destroying walls and fortifications was not as practical as scaling or capturing them. The traditional RTS mode of “bringing all enemy buildings to the ground then rebuilding your own” is an oversimplification of siege warfare.
With soldiers on walls I’d like to see the roles of fortifications in pre-gunpowder warfare better represented than “big barricades”.

Well I mentioned the Japanese bonus as an example I wasn’t referring to it specifically they can get a bonus damage against walls or something and as for description it can go like the Japanese one like:

Ig they could be a weak 1vs1 civ but a fairly strong civ for team games where they can be an economic powerhouse and sling their allies as long as they are protected from their enemies , as for military , they could fight with their superior numbered infantry (such as aoe2 Goths) only on the field while their allie(s) can undertake sieges and naval combat .

I would be sad if we saw frigate killing canoes again. I would prefer a civ with no navy at all. Choosing your civ after you saw the map is a simple solution that kinda works. You just dont use them on water maps. The harder solution is somehow coming up with ideas for mezo civs to somehow compete against other civs on water. If we read the civ descriptions we see that some of them wants to go to imperial age, where they are strong. The mongols however I think wanna beat down their opponent as early as possible, hitting their eco hard. And maybe the mongols lose most of their matches if the defensive player is able to go imperial or even castle in some matchups. I think the same can be done with docks and ships. The mezo civ would want to attack the enemy docs really early and hard, shutting down their water presence. If they are able to somehow build up significantly on water the mezo basically lose most of the time. And again, if this is hard, then make a civ that you won’t choose on water. In AOE3 you choose civs before you see the map. If it was the other way around I think no one would choose aztec or lakota on water maps. We have plenty civs in AOE3 its ok to havev some that cant do anything on water. I think in AOE4 once they have enough civs, it will be ok as well.

But wouldn’t that mean that I will never be able to play random civ on water? since if I would get a civ that has no water it would be an instant lose or would you just disable these civs on maps that have water on them? It feels like that would just give them a very limited pool of maps where they are actually valuable.

Yeah, random civ good point. In AOE3 there are no maps in the ranked pool where you need to transport units on water, I mean no ISLANDS map, only maps where maybe 1/3 of the map is ocean on the side. So for example the lakota will rush you on a water map, just like on a full land map. They control 90% of the map, and they try to idle and kill everything you got on land, if you are building ships and docks. (Im no lakota player someone can correct me if Im wrong.) So they try to destroy you on land hard enough so that you cannot come back.

Lakota and Haudenosaunee, even if fully carded, cannot compete in Island maps. Only Aztecs and Incas can, and to be honest, it is due to absurd card buffs and unit stats that are not realistic in anyway. Their unique ships are literally stronger than Caravels and Galleons, and can rival Frigates with numbers, which makes sense in a game, but looks positively absurd.

It is one of the only arguments against adding Native Americans civs in AoE4, that I honestly agree with.

There is literally no way they would be able to compete against the large and robust Eurasian ships.
Even Asian fleets were getting smashed by Western fleets by the 1400s and 1500s, and the Asians were actually developed shipbuilders.
It looks completely ridiculous to have a flaming arrow deal similar damage to cannon. 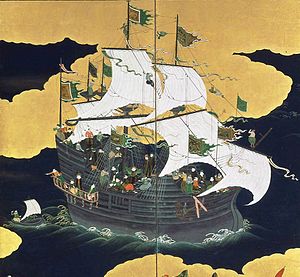 I mean, this was against Japan, and look at 2 European ships beat 70 Japanese ships with only 8 people killed on the Portuguese side,
And the Japanese were accomplished shipwrights!

Yeah, good points there JonOli12, even the Asian civs can be a little bit off. Its so good that many of you guys read this much history stuff, and share it with others. It just came to my mind, that if there were some water-heavy maps in AOE4 would even mongols be usable there? If you need to build docks and ships to transport your raiding army, that slows you down significantly.