I have no official source for what the aoe2 timeframe is 11
But yeah we are here to discuss this.

Campaigns. We also have the Huns and the Turtle Ship representing the span of the timeline if you want to look at non campaign content

It’s a medieval game, not an antique game.

The thing is that thats not completely true. We have rthe whole colonization thing and the last yearsof the Romans as very important parts of the game.

I think we discuss different things here.
I speak about the civ has to exist until 600 to be “in timeframe” - ofc if a civ only exists until 600 all events depicted in the game have to occur at earlier dates.
That’s what I mean with 100 years of overlap. middle ages go from 500 to 1500. So I want the civs to be existing later than 600 so there are at least 100 years of overlap witht the middle age period.

Otherwise we add a civ that ends before 600 than there will be events in 300 so we can add the romans aswell and if we add the romans we can also add the greek and then the aegyptians…
Do you see what the problem is if we argue like this?

But ofc we can say that a civ needs to be existent in a 500-1600 timeframe if this is the general perception. But we can’t go further cause then we have to include civs like the romans.

No we dont have to. The game is from the 5th to 16th century. We dont need a Chinese campaign in the 200s just because they are in the game

And we already have Romans as Byzantines.

True.
But again, we can’t argue like this cause then everything would be ok. We need to set a boundary.

The concepts are also not gone, they are just in the “out of timeframe” category.

We need to set a boundary

But the timeline should include everything thats in the game (so both Huns and the Turtle ship should fit) as well as be coherent with the campaigns. We could establish the split to be the division of the Roman Empire in western and Eastern

What is the timeframe you would chose?
Cause we have no other option. we have to set a timeframe. Otherwise everything is in and out simultanously.

And how much overlap with this timeframe a civ should have? 50 years? 100?

I would personally say 100 years, but Huns lasted less than that

Hey! Thanks for the mention in the Poles concept, definitely my best post here. I suggest you that whatever civ is implemented (like Poles, Tamils as Dravidians etc) mentions this in the notes.

Why? They were the same militarility. Taking the full Roman Empire into consideration, it was pagan till 3rd century and Christian after that, which is the only cultural difference.

If we are extending till 1648, we might as well extend till 1683 to see the Winged Hussars arriving!!

Why? They were the same militarility

If we are extending till 1648, we might as well extend till 1683 to see the Winged Hussars arriving!!

Polynesians - put in Asia or make a new page for “Oceania” civ concepts?

Daylamites are from Daylam region of Persia. It should be added to Persian category together with Alans, Sogdians and Afghans.

Isn’t it in the right category?
I named it “fertile crescent” but mean is the region between anatolia and the indus.
I didn’t wanted to separate too much but it was clear to me that i have to put something “in between” europe and east asia. 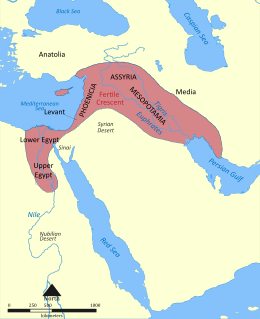 The Fertile Crescent is a crescent-shaped region in the Middle East, spanning modern-day Iraq, Syria, Lebanon, Palestine, Israel, Jordan, and Northern Egypt, together with the northern region of Kuwait, southeastern region of Turkey and the western portion of Iran. Some authors also include Cyprus. The region is one of the cradles of civilization because it is one location where settled farming first emerged as people started the process of clearance and modification of natural vegetation to gro...

I named it fertile crescent cause the other names that came to mind were politically incorrect.
I rather prefer using a name that isn’t geologically accurate than using a name some people may find offensive.
I asked for a different naming before I opened this but nobody came along so I sticked with it.

But if you have a better name please tell me.

Hi, I also made a Polynesians idea that you may want to link. Civilization Craft: Polynesians

Polynesians - put in Asia or make a new page for “Oceania” civ concepts?

New page for Oceania concepts. I also have a Micronesians civ I’m going to post at some point.

Now I see why it isn’t linked.

Thanks a lot for your mention! These links will be so useful to me!

My next concept will be Swedes