I am done with china

Well, personally, my victory rate against China is around less than 25%, it must be the civilization that costs me the most to beat, I manage an elo that goes from 1500 and up and I manage several civilizations. And speaking with friends of a similar or higher level, even watching streams, I can say the following without wanting to be wrong.
I firmly believe, and I think I speak on behalf of many players, that the truth is that China has already gone too far as a civilization.
The truth is that I don’t know what to propose to nerf civilization, so I want to make a somewhat controversial request to the community, but I think that drastic situations call for drastic measures.

I follow the updates since day 1 when DE came out. And I think that China began to be a headache after this Update.

Welcome, explorers! As February is upon us, we're kicking off the month with a brand-new update, a new festival, and plenty of new changes to explore in Age

In this particular update, China went from being a Normal civilization/A little weaker than average to being too powerful. 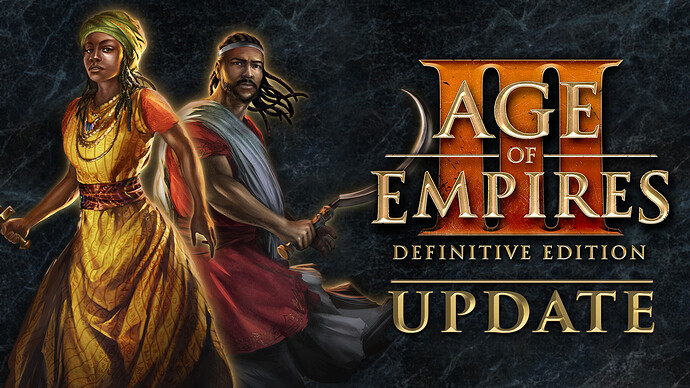 Then came this rework, and china became just too powerful.

My proposal, and it is somewhat controversial, is that you have to start reversing all these changes and review them one by one and see what can be done. In my opinion, China prior to update 14825 was the best version of China balance wise, it just needed the wood cost reduction from 190 to 180. From then on, I think all the Buffs and Nerfs it received civilization were counterproductive. If you could go back to that Chinese version, with some minor tweaks and some rework elements from update 61213, it would be the best for everyone!

I took the liberty of looking up all the buffs and nerfs since update 14825.
If I forget something, let me know please!

180 wood. XP bounties and build time have been adjusted accordingly.

Summer Palace: Reduced the amount of time before the Territorial Army is granted for free from 210

Several changes have been made to the New Army (III) card:

Note that Arquebusiers and Changdao Swordsmen do not reach their more powerful, Disciplined status until the Fortress Age.

[NEW] Year of the Tiger (I): “For each 2 Disciples you have lost, a Pet White Tiger will be mustered to your homecity spawn point (up to a maximum of 12 units).”

[NEW] Year of the Dragon (III): “Each Town Center will muster 1 Flamethrower and each Village will muster 1 Monitor Lizard, to your homecity spawn point.”

German Relations (Consulate): Fixed an exploit where trained units which were unable to spawn (due to space limitations) would refund more resources than they cost to initially train.

(20332) The Temple of Heaven wonder now awards the following units in each Age:

(61213) Temple of Heaven (Age-Up Wonder): The Villager Age-up reward theme has been reworked to a more general economic one

(38254) Temple of Heaven: Fixed an issue with the Transcendence ability that would make some units essentially invincible for a short duration (now properly instantly heals all units once, as intended).

Acupuncture: Now partially applies its effects to Heavy Cannons created at the Factory after opening relations with Russia via the Consulate, as intended.

+25%. All other affects remain the same.

1000% agree.
Pre 14825 China was totally fine like you said and they should’ve stopped at 190w->180w village.
This civ is still hilariously broken.
Thanks for making this post.

Tbh the only real change for china is the tea export card and the surrounding changes to the consulate, the rest have basically either been reverted or sort of nerfed

I feel like they should have stuck to some of the nerfs in the previous patch for it, either reducing the free export or the increasing the cost of all those consulate techs back to the way they were ( they already did so with the russian one, the german one could be next) - also revert french consulate

A hidden change that I think actually has the greatest impact for china (and also russia) is the 95 unit selection cap. It has just made controling the china death mass much easier. I think on some level even if you revert china back this threat still remains

You just have to rush China in age 2 and you will win, China has nothing against the musketeer and cavalry combo in age 2

It’s no longer viable nowadays, China already has enough tools to stop any Rush early, maybe at low levels Rush is viable, because people don’t know how to defend themselves, but at higher levels rushing China almost always goes bad.
At least if they eliminated Blockhouse timing and tea card then Rush would be more viable.

The Chinese ff play method does not require tea export cards and Russian blockhouses. The order of card issuance is refugee cards, 700 wood, and then cards are issued all the time. During this period, no villagers were logging wood, and the war academy and consulate were built with 700 wood. It also takes 7 minutes and 40 seconds at the fastest to reach age3 to launch a counterattack. At the moment, China does not have any military units, only old monks and disciples. During this time, you can also produce a large number of musketeers and cavalry to tear down Chinese villages. The best way to defeat China is to tear down villages so that China cannot produce units.

We are not arguing whether the FF is good or not, nor do I understand why you take it for granted that it is the only viable thing with China. The Chinese have multiple strategies at their disposal, which gives them a very good overall performance.
You can play in the second age perfectly and win half of the civilizations in the long run.
My proposal is to try to return to old China, which was the most balanced and leave some successes that were at this time.

I believe that currently, the same thing is happening with China that happened with Dutch. There was a belief that Dutch was too weak, so many buffs were provided, eventually these buffs proved to be too much and they reverted back to the old Dutch, and what makes this all so ridiculous is that Dutch is nerfed again. What happened?
Well, basically, people learned to play with Dutch and took the maximum potential out of him, the situation of the civilization did not change much.
With China in my opinion the same thing happens, before Update 14825, the general opinion was that China was weak, but that was not the problem, people had not taken the maximum potential of civilization. Now enough time has passed imo, if we go back to the original version of China, probably the performance of China will still be good but more normal, because we all know how to play them and we will get the most out of it. That version of China was by far the most balanced there was.

In a nutshell, in terms of balance, China v 14825 was balanced, and we have to go back there. (not to despise the work of the devs, but things are like that imo)

The game of tea export plus blockhouse has become 250 export, and few people choose it. If you are defeated by Chinese chokonu, and qiang pikeman, it can only be said that you did not scout well. These two units are pretty much the rubbish units of the age2 era.

I do think that the only thing that has really change is the tea export, all else has been sorta reverted (the blockhouse is 250 now)

Tbh it might also be part of the trend where the game is more going into ff and fi, so china is getting ot their power spike more often.

edit: in addition, as with otto, I do suspect the map pool will have an effect on china. with it being such a shipment heavy civ. If Otto is on the rise again, that will also carry china along with it. I do want to see a map pool change before we come back to this

x2 i have the same feeling as you, China is just too powerfull in every age, and doesn’t matter his units are bad, the mass is just unreal.

I disagree, it was ridiculous before but the most recent patch has addressed that by increasing blockhouse cost, reducing unit shipments and I think they reduced the goats starting food as well. Now china feels good but not OP.

you have to rush china

China was really strong even before the tea export option. I think a couple small nerfs like this could help:

The Kings of the Old world.

He misplaced the civilizations of s and a.Please see the letters。

why do u ignore the two monsters that are called Italy and Maltese?I havent even won them in every battle.

Don’t you remember the rally when there had been a few nerfs in the latest patch?