I REALLY hope AOE4 gets a luducrius map size to make amazing Real world maps (not like aoe3...)

I love to make large real world maps in AOE2DE, give detail to every section and have it be as geographically accurate as possible, I was very dissapointed with the map scale in AOE3 (the maps on it are too small)

I do hope the devs listens to the real world diplomacy community too, sadly our kind has gotten smaller in AOE2DE, here is a map me and my friends worked on luducrius size, and i’d be awesome to have that kind of map scale on AOE4! 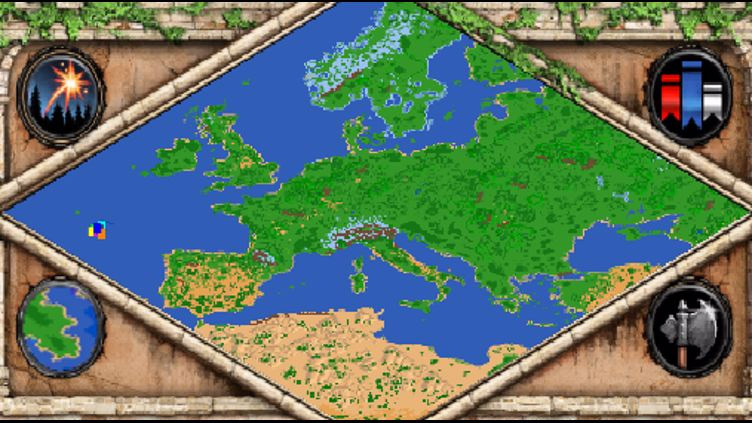 I like the thought of geographically accurate maps, but the scale of the maps always seems weird to me so I don’t do them. Playing on an entire continent is off-putting for me. I’d prefer a much smaller area to be used for geographically accurate maps. Like the size and terrain of a real well-known battle in history. Or, like, using your map as an example… the southern 1/4th of Italy only, or the eastern 1/4th of Spain. Something like that.

I’m speaking about geography only there. I still would want the actual map to be able to be Gigantic or Ludicrous size. I just don’t want to see entire countries or continents, as it starts to feel more like chess pieces on a map on my table (less immersive for me)

Unfortunately this looks like AoE3 map scale… which makes me sad

At least we still have AoE2DE

How do you arrive at this conclusion? You know how AoE2:DE has multiple map sizes to choose from in the lobby, even going down to “Tiny,” or whatever … couldn’t they just be choosing small map sizes in the gameplay footage?

Then again, for campaigns, whatever sizes we saw would likely be pretty representative for the campaigns… and if they were small in the trailers, then at least those probably aren’t changing much or at all (at least not for those specific campaign milestones)

But for random map matches and such, is already determined they will definitely be AoE3 map scale only?

Yeah love these sexy cliffs and mountains ! I can’t wait to see the scenario editor.

Yeah, I’ve posted something similar somewhere else on this forum. I love the ludricous map size because it allows for longer gameplay and twists and turns, and now possibly for hide and seek too, which makes it even more dramatic. Small size maps make up for battles, big map sizes make up for wars, that’s the difference. When you have enough time and resources it’s easier and possible to recover with a couple of villagers dispersed here and there… that’s something far more difficult to do in Age 3, with its 3 town centers only. But Age 3 was built for speed and aggresivity, while Age 2 allows for active and passive stances, multiple choices, different tactics, a far greater evolutionary scope of your own strategies over time. So, for me, having these very big sizes made me feel much more like I am truly conquering terrain and building an empire, a deeply satisfying experience. I wish I can reproduce that with Age 4.

The developers of Age of Empires IV would be pretty self-destructive if they didn’t allow extreme map sizes! A possibility to rent AOE servers would also make sense here! Large maps are a prerequisite for many strategists!

maybe smaller character models for units so that they would feels more realistic?
plus I feel like the graphics are a bit arcadie! AoE2 DE graphics seem more realistic lol
thoughts?

Yes, smaller units would result in a closer camera zoom. this would make buildings more impressive, the gameplay a little slower and larger armies possible without lags because the GPU has to calculate less! In my opinion, this is definitely an idea to consider!

We have to wait for the Scenario Editor to see if that will be possible.

AoE4 has so many nice aspects for potential map design.

Be grateful we have Age of Empires II Definitive, which is an incredible remaster, because I’m think some things we can do there will not be possible in AoE IV… hope I’m wrong and when they release the editor is an amazing super–capable tool, but for now I’m keeping my expectations low for that.

Just like zoom level, map size will be lock to a maximum size, to not “fry” normal people ram and processeur.

They are on the play safe mode, so they will only give the bare minimum.

There was ludicrous big size map in closed beta, compare to the map of open beta, that where all tiny.

Did someone make the “Hussar” test yet?
Letting a Hussar run along one straight edge of the map at default game speed and test how long it takes.
It’s not really important how big a map looks like but how long it takes to get from one end to the other.

And we have to take movement speed into account anyway.
If all the units are half as fast the maps are practically half as big.

So how long does an fully upgraded Imperial Age Horseman take from one corner to the other is the important question.

Really how it was called that ludicrous map ?

I don’t remembrer the name, or i would have writhen it in the first place.

There was big mountin and forest in it, but it look like it have been replaced by the tiny golden mountain, in the open beta.

We will see at game lunch, soon enouf, if it is there.

I am prety sure it was the map where players said camera was too close on mountain and that hill advantage only affected one player some time.

They migth just have srap it. XD

Map size scales with number of players. At least that’s what happened in the stress test.

Maybe custom maps can be as large as you like, idk

We really don’t know the limits considering that it seems we won’t get access to custom maps at release. But I have heard there is big maps in the scenarios (haven’t actually looked at them tho), hench at least the game itself is able to handle it.

After bouncing around a few Custom matches on the largest possible map size, I agree that an even larger map option absolutely should be made available.

Something like an “Epic” or “Continental” map, whatever it’d be called, has in previous games (particularly 2DE) allowed for a more strategic and slow-burning feel where large distances actually matter. I might even declare this my most-wanted feature at the moment. We need bigger maps, please.