I would like Ninjas to be available to the Japanese

I would like Ninjas to be available to the Japanese as an second unique unit
like Slingers are unique to the Incas.

What stats do ninja have in game? What is their role?

yes please!! when they had that “find all the units in this picture” thing from the devs, it had ninja and i was also like “please add ninja to japan”

no idea what they could be though… maybe something like shotel? low hp, fast, with moderate damage, but bonus vs vils, buildings and siege? aka saboteurs and disrupters…

They should be invisible to the enemy when not moving.

Think your woodline is safe? Ninjas!

Avaible for Japanese and Koreans 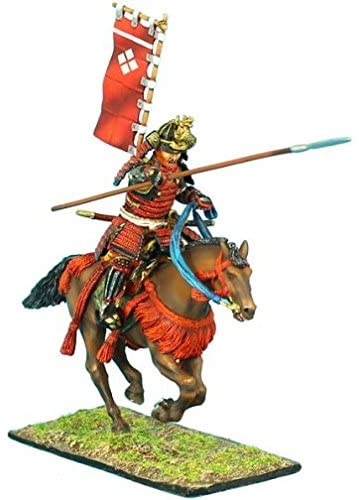 But well how you balance the Japanese which is clearly fine with the adition of the Ninja, is kinda similar on how people demand Battle Elephants for Indians andSteppe Lancer to the Huns and Turks.

The ninja of the editor is crap, it should be a new ninja.
It is difficult to give a new niche to new infantry units… it would be like a gbeto or axe thrower, but with weaker attack? A range version of the samurai,with weaker attack?

Or maybe, enemy units can not see ninjas if they are outside the 50 or 75% of LOS.

Or maybe, enemy units can not see ninjas if they are outside the 50 or 75% of LOS.

any changes like this imo are too much of a balance thing, it opens up way too much of a can of worms of either being useless or OP…

Like low hp and armor, but killing villagers in one or two hits? Enter in base with siege ram full of ninjas, open the ram, badabum

Check aoe3 japanese civs and units. The time age isn’t appropriate for those.
In aoe3z you have ninjas, ronin, samurais, wokou ronin, and naginata riders (like in pic but less armored). The one you posted is a daimyo, a general commander that in aoe3 gives a boost to units in his radius.

Are visible just like any other unit.
But !
They do not show up on the minimap and do not cause the attack alarm sound.

They are super strong:
when you manage to sneak a few in the base of your opponent and kill tons of vills.

They are super weak:
When you fight with them on the open field
(Remember, you basically have to idle your TC to make them).

Are visible just like any other unit.
But !
They do not show up on the minimap and do not cause the attack alarm sound.

Too OP. I can see the following scenario of a Japanese player making a Castle Rush into a raid, while having a Ninja behind decimating an entire Wood line. The raid would keep the attention of the attacked player away, resulting in a far too effective trade.

Perhaps, then with only one of the sneak features. Either no show on the minimap or no attack sound. I do not think it is too OP as the opponent knows the Japanese player can make Ninjas and is expecting them…

Actually sounds good, because you can just train them in TC would make hard to mass them. So the power of range unit wouldn’t show up.

I would give them a chance. But avaible with castle age, not before. And you have to put delay and reload time too.

I was considering 50g to be a play on the 50f cost of a villager, but of course it can be adjusted.
However, if you create 3 Ninjas you are 3 villagers behind your opponent. That is a giant cost. Those 3 Ninjas will have to kill a lot of villagers to be worth their cost…

While I do not really see the Devs implementing such a unit permanently, I think it would make an awesome April’s fools unit for a few days ^^

This is an interesting idea. Ninjas were mainly in charge of assassination and spying. Assassination is impossible but spying seems possible in aoe2. 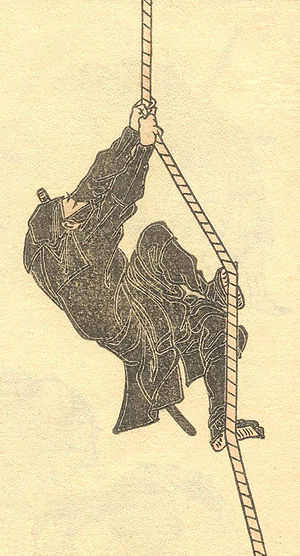 This figure is retrieved from wikipedia. They can climb up the wall and enter the enemy base without alerting enemy. If you want it to be more OP, perhaps allowing garrison into enemy’s castle/towers/ town centers.

They typically used both ranged weapons (kunai and suriken) and melee weapons. (katana and sometimes kusarigama). So I proposed they can attack in range and melee. They can throw suriken/ kunai from a distance (atk: 5-6; Range: 4) with a slower rate of fire while use katana to fight with a faster rate of fire. (atk: 10-12)

Even though Ninjas cannot be introduced into Japanese tech tree, I hope there will be a campaign fighting alongside with Ninjas.

I got another idea, whch i’ve been patiently holding and waiting for, for the last DECADE!

So vs the Japanese, you always have a chance of losing your economy at home while campaigning in enemy territory, without you even realizing 11!
Or King assasinations in Regicide that you didnt even get any warning for!

Tha’ts literally what Ninjas were born to do!

This also means that you cannot pair the Ninjas who used unconventional tactics and Intrigue, with conventional millitarymen,
because the conventional Warriors are flashy, will make noises and produce clear Warnings as was exactly the case in Medieval Japan

I think it is a great way to show us how important the Warning mechanics is, and also to give Japanese the “mystery” flavour,
and also some fear for those who don’t pay attention to home situation during battles.

With this special property, Ninjas will clearly become viable in Big Imperial battles and Team Games, even become specialists there

This is assassination. What a fancy idea