If you could include new mechanics, features or functions in AOE-3, what would you implement?

I also want the introduction of some fundamental functions in RTS:

Patrolling: Why is this not in the game? It is very useful to be aware of the map situation and protect the economy from unanticipated attacks.

Another function would be to give the artillery the ability to maintain position. Sometimes when you are careless they automatically go to the mouth of the wolf exposing themselves and trying to attack by themselves.

Attack Move List: In SC-2 you can have units attack all enemy units and buildings they come across; that is, the function of attacking automatically, but in a list of orders on the map.

It would also be useful for units to prioritize attacking other units within their line of sight and not buildings. In case you designate them to attack automatically.

Have a configuration button in the market that allows you to exchange coins in exchange for experience. (Similar to the function of the Asian consulate, but instead of export, give experience).

This mechanic would be very interesting. What could it be called? I would say ‘taxes’ (?). Have 3 options similar to the consulate.
5%
10%
20%
All civilizations could have it.

For the casual game it would be good. Before you could alter the code to play on LAN and you could have 44 cards.

I like the trade between markets, but as they would put it in the game without the commercial posts losing importance…

Bearing in mind that AOE-4 will have ‘bow cavalry’ attacking on the move. Why couldn’t bow cavalry in AOE-3 do the same? It would have a formation in which it can attack while moving.
With this attack mode activated, they reduce their cadence by 20% perhaps?
Since the ‘gunpowder cavalry’ is significantly superior, this would make them more competent.

Culverins could have an upgrade in the advanced arsenal in the Imperial era that allows them to get a little more reach. (This to better counter mortars and monitors) 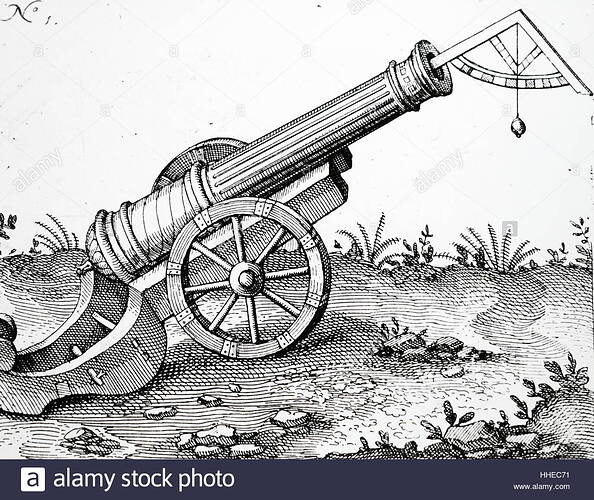 I think it is good and that if the enemies destroy the commercial cart,they will take a part of the resources…or also the commercial cart would be another way to get more resources (food, wood and coins) but slower than the trade routes,I do not tell you with the iron horse…

i would add this. Please devs add time of creation and add better IU as you promised for DE

There is no way to select group of villagers using hotkey, please add it III - Discussion

[image] none of these hotkeys allow to do what this video shows.

I have a lot to say on this Export viability matter. I did an analysis of export’s value and possible suggestions to make it more versatile. As it stands, only Japan can choose to sacrifice part of their eco to be able to use export viably (only in Age IV with a card tho).

Here is a the full tread Seeing how Influence works, should Export have viable means that makes it a reliable resource income if you invest on it?

Seeing how Influence works, should Export have viable means that makes it a reliable resource income if you invest on it?

This is why I propose creating Home-City cards that allows you to do so (sacrificing other cards for these if you go for such a strategy), while staying distinctive from Influence mechanics. Here are some ideas
-1.5/s export trickle Age I
-Improve the native craft card to give you export for each trading post constructed, not just each native tribe (this could currently be the worse Age 3 card in the game)
-Send a card that allows you get a waaay bigger export income rate when you go for the 5% and 10% resources for export options at the consulate. Age II.
-A card that allows you to get export from trading posts (gets better with TP upgrades)
-Dramatically improve Export gather rate from Sumptuary Laws card and Porcelain Tower (and their XP gathering too since we are at it)

More than an improvement, a new mechanics. That’s why I put it here.

How to make the native semi-civ more useful? III - Discussion

Trade with native populations in the old style of previous games. A cart that goes from the market to the native villages and vice versa.

For European and Native American fishermen, give a fishing villager just like Asians and Africans. 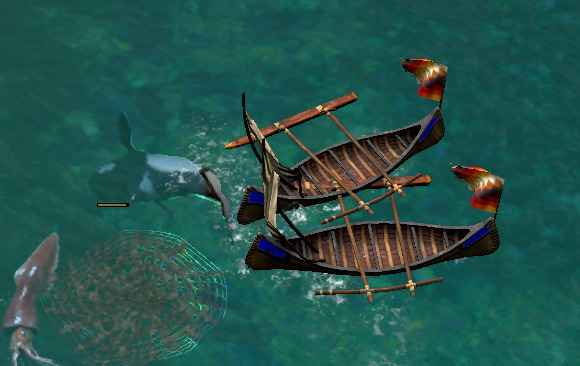 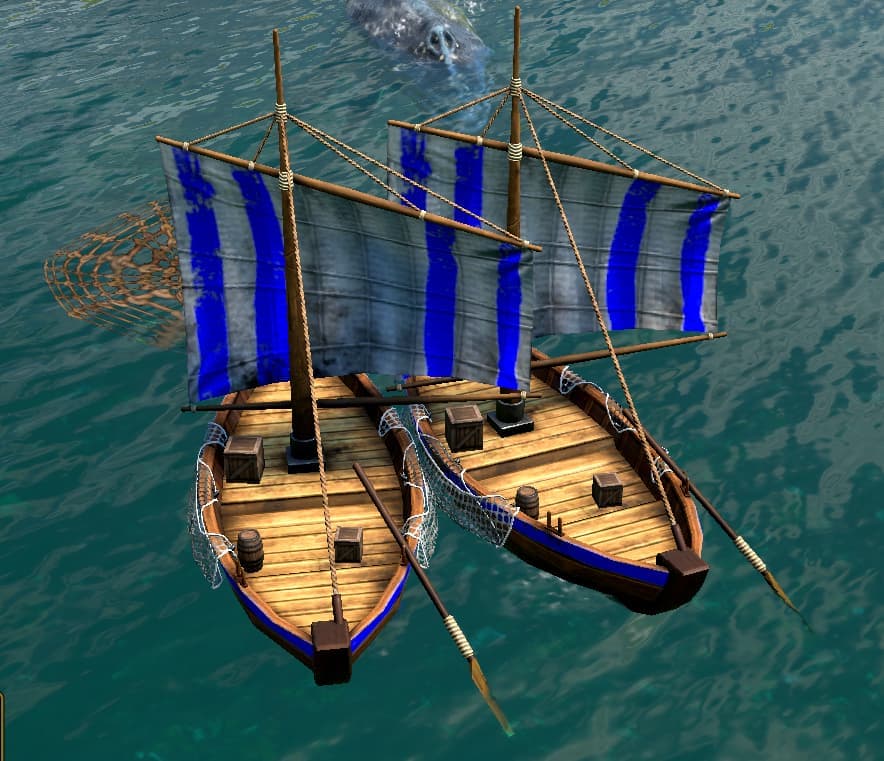 hotkeys to find spies on legacy.
option to move camera or not for creation quee when cliking on icon

Hi everyone! it would be a nice quality of life addition to the game if there was an option to track your incomes if you mouse over the given resource’s symbol to see how much/minute you are getting and where those “resources” (be it food,wood,gold,experience,influence,export or native american civilizations’ community plaza’ efficiency) are coming from on the user interface. For Example: Food 2356 (+450/min) villagers - hunting +150/min villagers - mill +200/min colbertism card +50/min …

Allow ships to anchor. That is, maintain position. (useful for not being washed away and attracted to defensive buildings or artillery)

I would love this!!

but i would really like bonus for attacking from a higher distance.

I would be much more excited if they added this to AoE2, every named region in DE3 is connected to a certain real world location, for instance, I can’t see them adding desert options for Amazonia or Alaska or Carolina. Where in DE2 Continental,Costal, rivers,Arena, and many more would work perfectly to select your biome.

These are my EXTREME Mechanic addionions I would like to see. (I know not everyone will agree but for me it will be interesting)

I would like to see three completely new theatres of war, maps set in Europe, so Historical European battles can be held as well as Maps set in the Middle East and Southern Africa. As a citizen of South Africa, I want the Zulu civ to be added, which will allow you to fight as the British and Dutch , expanding ever northward from Cape Town all the way into Kenya, fighting and befriending the native peoples and encountering formidable foes such as the Zulu whom have strong, fast melee spear infantry called the Impi.

With added animals such as Lions, zebra and Elephants + hogs that attack villagers that shoot at them and don’t merely run away. Also add predatory animals that are not connected to treasures. For instance lions that roam the plains and attack lone ,unsuspecting settlers.

And in turn I too wish to fight in the deserts/mountains of the Middle East. Fighting as Napoleon in Egypt or as the Ottomans fighting against the Tuareg, Arabs and Afghans.

To exit a battle, you should have two options:

1.SAVE & Exit (For when you want to return to the battle at a later stage.)

2.Resign / Surrender (For when you have been defeated and you wish to give up the battle.)

In selecting Save and Quit, it forces you to create a save that you have to continue later.

When you Resign/Surrender, the battle is gone indefinitely, can’t be loaded and your Home city LOSES experience points, the more battles/XP you lose, the more card options you lose until you either start winning battles again or when your options become so limited form your Home City, you are forced or REVOLT.

(Single player only.)
I want a Revolution to have a more severe effect on your home city, if you launch a Revolution and you win, you sometimes have to fight a battle against the mother city whom will try to squash your rebellion. If you Revolt and you lose the battle, for the next three games you should be given a bad deck of cards as default since the Mother city won’t support your colony as punishment for your actions.

But should you win, during the revolt and repel the home cities army, you can have extra perks, such as choose a better explorer, gain access to powerful hidden cards and you can alter the appearance of your Home city dramatically.

If you Revolt to frequently and you lose a battle against a counter revolt, you should receive a declaration of banishment from your home city and then lose access to play as that home city, forcing you to start from scratch with a new Home city. (Shipment cards should be unlocked as your city progresses!! As it used to be in the base AoE3.)

Add more customizations to the Home cities, such as Soldiers marching through the streets, Highlanders/Musketeers for the British, Skirmishers for the French, Strelets for the Russians and so forth.

The more battles you lose , the less XP your Home City has, the more run down your city becomes, buildings should close, wooden shutters should appear on disrepaired buildings that has lost the most shipping cards, less citizens walking about and robbers, mobs, beggars and filth should spawn at random intervals.

Until you win battles to improve XP and reinstall better living conditions, or you are forced to revolt. If your revolution is successful, you gain a new city with a clean slate and special shipping cards. However if you lose a revolt, you, lose the city and you receive a notice letter from the Home City a declaration of banishment from your home city and then lose access to play as that home city, forcing you to start from scratch with a new Home city.

The Blockade system can be expanded upon, the enemy European , Asian and Ottoman AI should attempt to blockade you more frequently but once you are blocaded, you can assemble a strong navy to break the blockade, but to research that should be extremely expensive.