If you were to choose 2 civs? (Possible European DLC)

I think Poles would be cool too, but I voted Italians and Danes.

Also, isn’t it possible to make people able to vote on more than one option in a poll?

the devs have straight up said no to Austria, afaik they never did that for mexico.

its possible but this sort of poll wouldn’t work so great with multiple choice.

i guess they could have made it so that you have 2 options and then simply state the possible factions.

My main objective to find the precise duo that players want most. Otherwise, mostly likely we would end up with an inconsistent poll. I also like to see all these civs except Maltese but I don’t think we get anything more than 2, at least per DLC.

I think the same…the Italians are going to put them because they were planned before the start of the game,they would also serve as continuity with the Italians of the aoe 2;the Poles the same and on the Danes appear in the second mission of the Norman campaign of aoe 4,so they could put them in aoe 3 also…

Danes didn’t do that many famous things in the AoE3 time frame, compared to like Sweden that was even a great power for a bit.

Poland-Lithuania on the other side would be a nice option to get a more Eastern European civilisations. Poland itself is Central European but it controlled a lot on the east.
Right now nearly all European are Western Europeans.

Denmark was stronger than Sweden until the 1640s and was in fact one of the most militarized countries on earth for quiet a bit. and it was in fact Denmark that pulled Sweden away from being a great power.

also just because you have no knowledge doesn’t mean they didn’t do anything, a lot of our scientific understanding and improvements came from here including:

major additions to Paleoontology, Geology and Archeology, without the 2 first we would not have the theory of evolution today.

if we start looking at military/economy then:

1 of the richest places on earth, and only became richer during the period.

the largest navy not currently in the game, similar in quality to the Dutch and English navies and not far off in terms of size either.

extensive trade on the world stage, trading goods from east Asia, including china, back to Europe in a bit style. without the constant wars with Sweden from 1500 to 1720 its very likely Denmark would have had a much more significant colonial empire.

became poorer and less important in the periode, the periode is characterized as wealth moving from the med to the Baltic and Atlantic. this is why sweden, denmark, the dutch, the russians and the british all became important countries, meanwhile Italy just stagnated for 100s of years, and even today is quiet a bit poorer.

Bruh… I don’t know much about danish history, but stating that italy, or italians, are not important during AoE 3 timeline is objectively wrong… Sure, italy wasn’t some big nation back then, like france or england, but to downplay the importance they had is just crazy…

I also cannot find anything that point that a danish inventor made accurate thermometers, in fact, it seems that most of the early thermometers are italians inventions… Which i didn’t knew before, so yay, something new learned… Also regarding electromagnetism it seems an italian kinda discovered before the danish guy, but didn’t realized it… After all it seems the italian guy wasn’t even a scientists…

the entire backdrop of the periode was that the ottomans captured the eastern Mediterranean making the rest of Europe look for alternative trade. eventually the Baltic became more important. most of italy was either a personal backwater holding of 1 of Europe’s great powers, a small kingdom or a city state. the largest independent kingdom in Italy for a lot of the periode was the papel state followed by genoa and the venetian city state, but all 3 declined in importance relatively early on in the periode and by 1700 none of them had any importance in international relations. obviously later on you get 2 Sicilies and piedmont but they are more a reaction to outside changes than to some sort of Italian power.

as for your request about termometers: Ole Christensen Rømer (Danish: [ˈoːlə ˈʁœˀmɐ]; 25 September 1644 – 19 September 1710) was a Danish astronomer who, in 1676, made the first quantitative measurements of the speed of light. Rømer also invented the modern thermometer showing the temperature between two fixed points, namely the points at which water respectively boils and freezes. In scientific literature, alternative spellings such as "Roemer", "Römer", or "Romer" are common. Rømer was born on 25 September 1644 in Århus to mercha...

Ah, nice, bby just a fast look he invented a temperature scale that then was improved by Fahrenheit, which is the one that my very fast research highlighted as the one that first made an accurate thermometer… Well, an accurate modern thermometer… I have to disagree with your take on the italian peninsula and the power of the italian states though… Sure, the discovery of america, and the development of colonies by other nations, with the trade routes to the east being closed, harmed quite a lot italy, but in no way decreased the importance of the peninsula and of the italians, it was them who developed many important military stuff too, like the star fort… Or it was there that the spanish succession war was fought… I fully agree that they didn’t went into colonialism like other nations, but that was because they had they hands full of stuff happening in their back yard pretty much… Although many italians went to explore america son after it was discovered…

Oh, i forgot to say, i was not trying to downplay the danish people or their history, just stating that italy was still important in the timeline of AoE 3

Certainly the Italians were important in this period of time, even if they were not unified under a single state.
I disagree with the friend in saying that the Papal States for example were not important. The Pope’s influence on the politics of Catholic countries like Spain, France, Portugal and Austria (the Holy Empire in the game) was enormous. Proof of this is that the French revolutionaries even kidnapped Pope Pius VI, so if the Pope was not important, why would he be kidnapped?

Italy was powerful during the Renaissance (XV-XVI century) and became important again during the Risorgimiento (1820s-1860s)…they can make an archaic civ during the first ages (condottieros, elmetis and Venetian galleys) and then more modern units from the industrial and imperial age (bersaglieri and the red shirts of Garibaldi)…

The Germans were not a unified nation either, and yet they are in the game… they only have to make an Italian civ that encompasses all the different Italian kingdoms and republics of the period of aoe 3 (Florence, Venice, Sardinia, Two Sicilies and the Papal States)…

Where did they say? Source?

today Tilanus from Forgotten empires, who also is behind Napoleonic Era, answered a few questions on discord. DISCLAIMER, this is not an official Q&A and seems to be his own take rather. as for order i will make it Question: (if possible) , Answer: , and commentary: if i think i can clarify or add something. African DLC in regards to minor civilizations theming: Tilanus: a small hint might be that American and Asian minor civs had their own theme, and African minor civs also got their own th…

you can also still find it on discord if you want to.

However I would like to see the ring shooter as a playable unit as a mersenary or “native”. 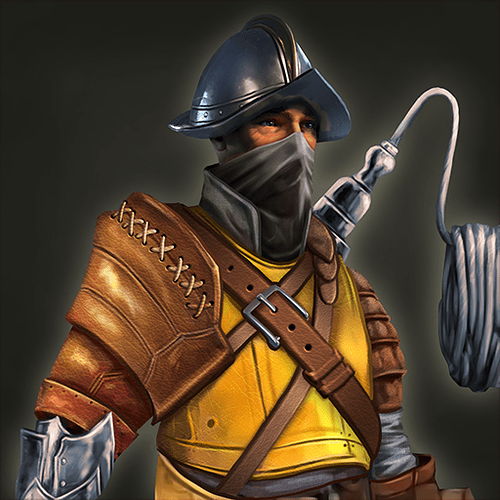 The Hoop Thrower is a heavy infantry unit in Age of Empires III that is unique to the Knights of St. John and can be trained at the Artillery Foundry. It is only available in the Act I: Blood campaign. The Hoop Thrower throws burning rings (hoops) at...

Europian dlc would be a good money maker and with 2 civs and 4 minor civs and map. It would be a lot of fun to play i think. I would buy it.