Unfortunately, after last patch, I started having issues similar to what @Runzelbart used to have in another topic (link below):
In my Ranked 1v1s on Kilimanjaro Map specifically so far, most/all military units – at least those created starting in Castle Age – from both me and my opponent, become invisible:
almost 100% time they are knights, and most other times are infantry and archers as well.

I cannot even select my invisible units with drag-select unless they become idle and I use my Select All Idle Military Units or Control Group hotkey if I manage to group them afterwards.

I can see the footstep/sand effects that they walk over, however.

When I play back the recorded game, I see the units just fine – but of course it’s too late for the actual match.

Unfortunately, I forgot to capture screenshots, but will try to capture them when I can.

I’ll report back if I no longer see the issue for a significant period of time after those workarounds.

Ever since I disabled UHD, I didn’t have this issue anymore … until now:

On regular 1920x1080 resolution, my issue in multiplayer now is this bug caused these to become invisible:

Villagers can no longer be tasked to harvest it via a click – unless they were the original hunters/killers or they automatically moved to harvest it after they’re done harvesting another. 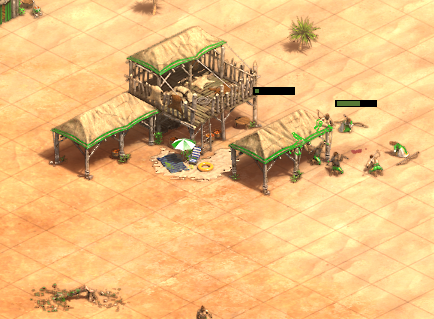 time to reinstall the game!

Good point, thanks! I’ll try that next time it happens again. So far updating my drivers and restarting my computer seems to work (though might as well restarting the game itself temporarily fixed it too).