Is anyone else having as much trouble with the 'magical cannons' as I am?

Watched my artillery crew move the cannons/mortars, etc, around, set them up for firing.

Then I was some video’s of AOE4 and watched the cannons magically roll around the map by themselves and fire by themselves.

This is a REAL immersion breaker. This may keep me playing 3 instead of buying 4.

There are already at least a few topics on the subject right here. I suggest you join the shitstorm over on those instead of starting a new one, to keep things organized.

You’re the only one.

Yeah I don’t care about that. My enjoyment of the game doesn’t rest on whether some men are pushing a cannon or not.

I absolutely support you!
It is surprising how a new and current game loses artistic elements from its predecessors. Those who say it doesn’t matter are deluding themselves.

Those who say it doesn’t matter are deluding themselves.

Or they just have a different opinion. You aren’t more “enlightened”.

I will stick whit the fact, that it is more fun to see a crew recharge the canon, then to see nothing.

I was being facetious by the way. There are like a half dozen other threads about this already. Some people are surprisingly passionate about it.

I’m also surprised. Not saying it’s not important. I prefere a more realistic depiction, but they are passionate about it more than I expected.

There is a long, long list of more important issues. Cannons are one unit. Siege class as a whole - few. Meanwhile disappointing ragdoll physic applies to all units, just like mediocre destruction - to all buildings. Or something as cosmetic as cannon crews - lack of any real gore and visual impact on the battlefield. Players can choose not to train cannons, but combat (gore) is present in every single game.

If I would have to start nitpicking I’d probably open with complaints about lack of animal diversity or way too static water, on water maps

Yeah its true, and I feel thats less likely to be added officially as well.

Lets just hope they don’t add it in a DLC like Total war did. 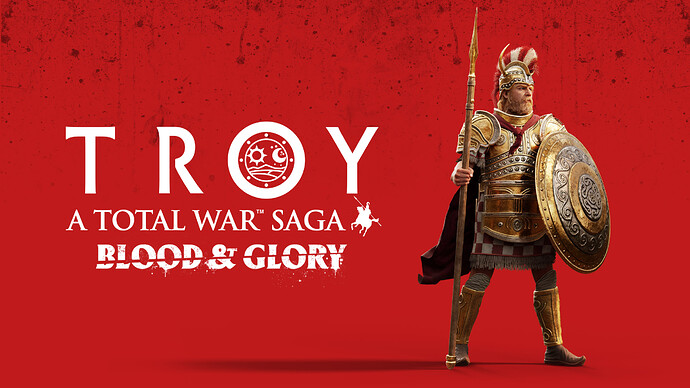 Somebody will probably bump this thread after release to show how it will finally look, so just for reference - close up of artillery foundry units in ‘fire’ mode in AoE III. 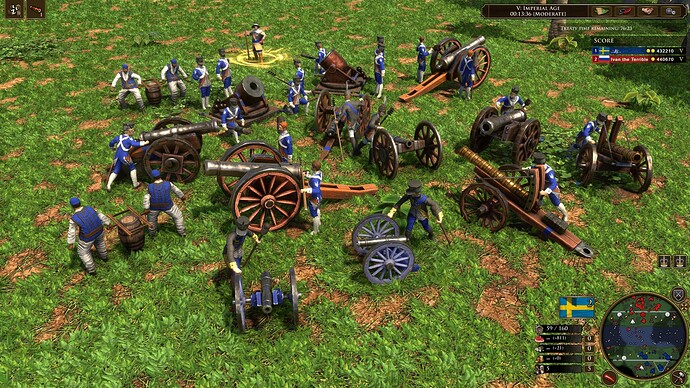 “They are indistinguishable and create confusion.” It is an argument as solid as a castle of cards.

Fuc*, what an amazing game. I wanted to play again.

I don’t mind as much, didn’t really bother me during beta, but it’s obvious it’d be nicer if the crew were there.

Thing is just one or two people operating a cannon would look even more retarded they would have to add team of soldiers for it to make sense.

This is a REAL immersion breaker. This may keep me playing 3 instead of buying 4.

No trouble from me. In AoE2 only bombard cannons have a person pushing them around. The rest of the siege moves by magic. Has not really stopped the game from becoming popular.

yeah exactly. I’d say its more of a successor to aoe2.
They put a lot of emphasis on pro players/competitive for example the had Viper as part of the council.