Korean civilization - important to add in the game

Please add Korean civilization to the game as they are relevant for the period.
This game is about the major events in this 1492-1763 time frame.
The most important international event in the whole eastern Asia in this time frame was the Imjin war between Korea & China vs Japan, but it is missing from the game. thank you for creating this topic. I did create one but it is more than a month old…

True, but that is only literally few years after the event. So you can include it in the game since it’s actually the biggest international event that took place in that geographical zone in the entire game time span. No other event like that will take place before 1904 (Japanese-Russian war) in that area.
Plus, there are other events in the game that had place before 1600.
Also there are Spanish and Inca in the game, the Spanish Inca war had place in 1532–1572 .

so who do you think should be a Korean leader?
Seonjo was a king at the time BUT… he wasn’t a good leader and was heavily implied to be a sociopath.

Well since the leadership was so corrupt at that time in Korea, I guess they could just put Yi as a hero in the campaign since he went from 0 to General several times due to the corruption of course, and common people were considering him the real leader as he inspired them.
And this game will be played by lots of kids that need to be inspired by heroes as such, to learn history from a more interactive view. I dont think they need to be facepalmed with the cruel reality of that time

they can learn that later

1763 certainly is way too early of a cut of point.

Colonial America (1492-1763 ) European nations came to the Americas to increase their wealth and broaden their influence over world affairs. The Spanish were among the first Europeans to explore the New World and the first to settle in what is now the United States.
About this is the aoe3 base game → then expanded to introduce in the civilizations and events from around the world during this time frame.

the game has napoleon and the battle of little big horn in it. not to mention the last 2 ages are the industrial and imperial ages.

it ends in 1876, exactly, but factions obviously aren’t all too that level, US is far later in scope than the spanish are.

Romania independence in 1877 is the lastest mentioned event in the game.

Yea they expanded the time line to that in the latest expansions.

the uniforms are Napoleonic in designs, so really no, even vanilla clearly ends towards the 1820s at the earliest. campaigns also had you build railways in some weird 1820-30ish point (Simon bolivars revolt is part of it). anyhow enough about timeline, clearly 1700s is too early but still.

i dont think 1 war justify inclusion into the game, while it can be a jump off point in terms of designing units for said faction i feel like you kind of need to do something outside of a single decade to really make sense as a faction. Korea also heavily relied on Chinese support to win that war.

but what about admiral Yi? honestly single people should not be what defines whether or not a faction is interesting to add, otherwise everyone could point to some person of interest from their country that makes it special. yes Yi was probably a pretty amazing admiral, but i think its worth remembering that he fought with a technological advantage, and against what often was pretty big amatuers when it came to sea side warfare.

and while i would love to see them in game i still dont really see that justifying the faction. then you have to consider its going to be an Asian faction which means you need new wonder ideas/mechanics, i dont really see them pull up 10-15 new wonders but maybe i am wrong, and if you can only get 5 then there are more interesting factions that need them like Persia or Siam.

in terms of historical relevance i just dont think Korea makes a lot of sense, they fielded a relatively small army considering the population and was losing the 1 defensive war they had.

half of the factions in the game already have less then that, so what to do in this case?

Exactly, I always dream to have Korea in-game. Here is an example of how Koreans can be added to AoE 3 DE, check the link below;

Just a revised version of this and hopefully we can have Koreans as DLC in the future.

1 war is not enough to justify, you are right.
But being the only 1 international war in that entire part of the continent in the entire time span of the game, yea that justifies it.
What’s the point in making history games if not for the most important/big/international/well-known/well-documented events to be included, specially when that is the only event to mention in that area where u already have 2 out of the 3 factions. Chinese and Japanese factions then are not justified either if we go on your logic. 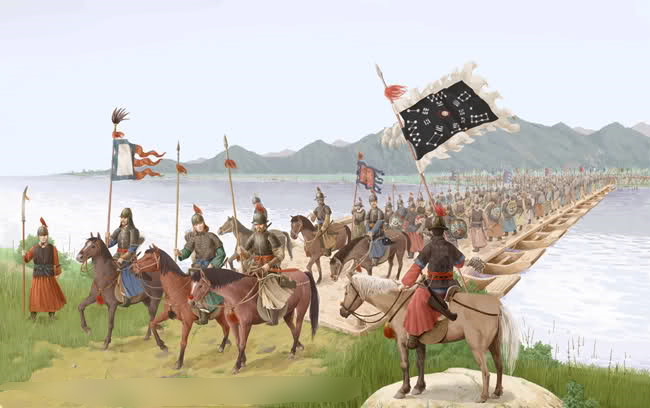 If any mention counts, it should be the boxer rebellion (1899).

Well, Romania is a playable revolution.
But yeah, every mention counts. So make it 1899.