Here devs, I’m going to do your work for you.

Major and obvious balance issues were known within a few days of Mexico’s release.

Here’s what’s needed to balance them, in no particular order:

With these very minor nerfs all around, other strong aspects of the civ will still remain very strong, and there won’t have to be many if any nerfs to units or other eco aspects to the civ.

-Hacienda cost does not go up and serves all of its purposes. XP gained will still be a huge boost.
-Age 1 Hacienda + 2 Vills Card still the strongest Age 1 card in the game despite XP nerf.
-Explorer mechanics and stats remain the same.
-Insurgents still fully viable and can be massed and pose a big, cost-effective threat to cav, buildings, and anything they can get close to (they’re currently more cost-efficient rodeleros with 2.6x the siege damage).
-Revolts still fully viable, timings are just reduced very slightly as they should be.
-Soldados, Salteadors, Corzab Infantry, Spanish Muskets, and Hand cav are all untouched.

Another 2 possible nerfs is to move the “Land Grab” card to Second or Third age. And for the love of God, redesign all the advancement of Mexico’s age, it cannot be that you can skip the fortress age to go directly to Industrial, if you make revolution with Central America and return to Mexico, let them go back to Fortress age, never to the Industrial Age, that is common sense gentlemen. 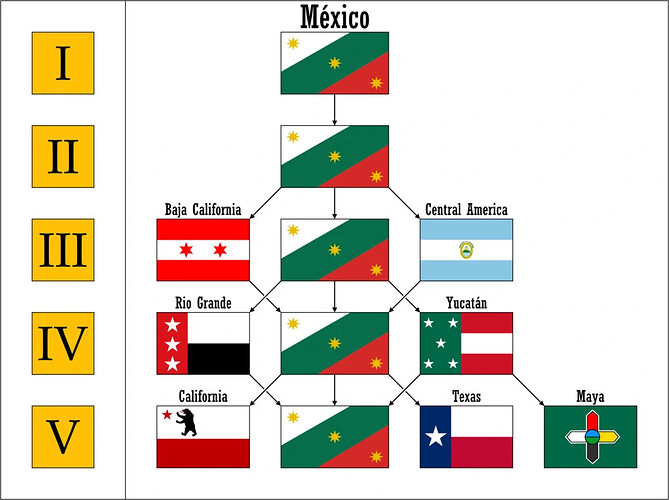 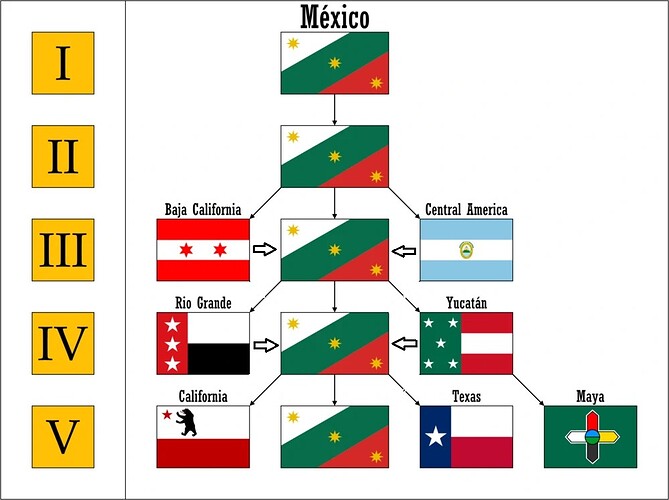 This is how it should be, just modify the costs and the bonus card system and voila, everyone is happy.

Most of it makes sense in regard to revolutions, not sure if insurgentes really need a nerf or the padre.

The xp given by haciendas is in line with everything else, brit manors for example give exactly the same xp for the wood cost and dutch banks give 140xp and yes they cost 100 res more but let’s not forget half of it’s food so they get 140 xp despite being cheaper than a hacienda.
I can agree with removing their shipment points or at least the military 1.

I disagree with nerfing the bombard attack, it costs a card and is their equivalent to town militia with no ability to call a large batch of minutemen, also if all these other nerfs are implemented their boom will be slowed down considerably, insurgentes will be harder to mass, soldados/salteadores are already very expensive/pop heavy for age 2 so they need some way to hold off early pressure.

The hacienda boom itself seems to be getting called op just because everything else is, it’s just a worse brit manor boom because you must complete the boom before getting the 18 settlers, it’d be like having to build 20 manors before getting the settlers, comparatively brits get a settler pop instantly with each house and they get gathering straight away. So it takes a good while to pay off, also your even more vulnerable to early pressure because if you’ve got 4 haciendas built and not sent the card for the vills you’ve invested a ton of resources with nothing to show for it, and the opponent could roll into your base with the equivalent res worth of units and it’s game over. The boom itself also requires 1 card more compared to a standard brit manor boom(the card to actually receive the settlers).
Now obviously you do have all your mills/plantations built early which sounds great but in all the mexico videos I’ve seen whether it be FI or standard hacienda boom nobody even puts a villager on the things, which makes sense because they gather very slowly and considering most 1v1’s last 15-20 minutes or often a lot less you’ll never even get to the point where it’s a benefit having them built because you’ll still be on natural resources.
If it were to receive some nerf then the only thing I’d suggest is a bit more build time per hacienda and for the wagon.

I believe that the purpose of skipping an age is to avoid the benefits that a state would grant, since many revolution cards have permanent effects and not only during the revolution.

I consider that there should not be farms from age 1 because although the haciendas provides less income than hunting, like Japan it will not have to risk its villagers and it will not be obliged to control the map.

Personally, I would like the haciendas to be only available with shipments from age 2 with some cows, but paying some coins. And at age 1 start with 2 cows.

That is why I say, the whole system has to be redesigned, that the revolt between two cards permanently, as if one were advancing in age with a state, is the most balanced, in any other way it is broken.

I feel the design purpose of this system is a little ambiguous. On one hand they want to make each revolution viable through the entire game (that’s why they have full decks and can get unit upgrades). On the other hand nobody is going to stay in age 2.5 forever.

So early revolutions should have a clear purpose. Either be entire new pseudo “civs” (with full decks, more late-game upgrades unlockable, but reverting is much more costly) or a means to get some different buff (with fewer cards and do not skip ages).

Of course now it is simply a means for FI. But as this one obviously broken thing is nerfed, I’m afraid more problems would emerge, like what happened to Swedes.

I don’t get why Haciendas have to be an omni-economic building that trains settlers, trickles resources, has double the gatherer cap, can be set to gather Food or Gold, can receive shipments, provide scouting with its 34 LOS, and garrison villagers WHILE costing the same as an Estate.

It is a massive power creep over any existing resource building, and Rice Paddies were creep on top of the Europeans in this respect. They should just be economic buildings. Get rid of all of this extra crap and make it 600W for a 20 gatherer rice paddy. It’d still be strong, but not this ridiculous omnibuilding that does everything.

TC Bombard shipment needs to go too. I don’t get why every other civ gets Town Militia, but Mexico gets a Fort TC (alongside their stupid Haciendas).

1 Hacienda + 2 Vills needs to go too, it’s way too strong of a Age 1 shipment. Either remove it or make it have a hefty resource cost.

We also need a heavy nerf to the 9 Soldado + 2 Falconets card, which is worth 2500 resource (almost a full 1k over a standard industrial shipment). Let’s not forget that they also get a free Mortar with their 8 Chinaco shipment and a free culverin with their dragoon shipment…because reasons.

In conclusion, Mexico is an obvious balance nightmare.

The haciendas are fine. It is the economic revolution in age2 that is the problem. It should be swapped with a military revolution from age3 or age 4.

You also need to keep in mind Mexico cannot build a 2nd and 3rd TC the same way other civs can with their explorer, they have to use villigers or spend a card, so that’s actually a huge economic disadvantage, and i don’t think haciendas fully make up for that.

Just so you know I mostly play dutch and lakota.

Just so know I am sure that you are a good player although sometimes we do not agree, I also do not think that you give a subjective and selfish opinion protecting the civs you use.

Despite appearances, mexico is still a slow economy compared to the average vanila civ boomer. The haciendas are there to offset some pretty big limitations. The current problem with mexico is the FI, which is possible through the economic revolution in age2 (you get to keep your workers). This revolution shouldn’t be in age 2, but rather at a later stage. The fact that you do not lose your workers allow you to breeze through age 3 and get to age4, where you can send heavy cannons or 2 falc+muskets at a time most other civs are either booming in age2 or advancing to age 3 through some sort of FF.

Once that eco revolution is out of the way, you wiill see mexico is quite slow and has some very glaring weaknesses. Their units are good but also expensive, so they are very difficult to mass.

IMO, both revolutions in age2 should be military (lose workers) but with different strength and weaknesses, so they can be used to end the game early via timing attack.

The fast industrial is personally my only complaint. I’ve played against people of equal rank who were getting to age 4 as I was getting to age 3 via FF. That needs to be slowed way down.

Is this intentional? It looks very weird how the incendiary grenades tech can affect the musket attack mode of soldado. I thought it should only affect the grenade attack after the card? Also, shouldn’t grenade attacks have a shorter range than the normal ranged attack (e.g. 8 range)? I had this question since the peruvian legion but it’s a revolutionary unit so not that much of a problem. It deals more damage and forces your opponents to close-in (and you can micro a little bit to avoid them…

Also as “you cannot send all these cards at once” it could give some revolutions a clear purpose (i.e. improve one unit type specifically).

The upgrade cards could use an increased cost. But i think the first step is to simply nerf FI. Then we can see what people come up with instead.

Excellent suggestions. In addition, I think that…

-Central America should deliver one less villager on revolt.
-Refurbished firearms should be changed to a cooldown attack.
-Reservistas should give a weaker ranged attack.
-San Luis patriots should have a small resource cost.
-17 fishing boats should deliver 16.
-every card that ships insurgentes should deliver at least one less.
-Maya should have a cap on javelineer build limit. 50ish maybe. either that or make every card only increase the limit by 1 instead of 2.
-Cruzob Infantry should have 4.5 speed and 20% ranged resist instead of 5 and 30%
-Cruzob avengers should have at most 6 speed but ideally 5 or 4.5 I think. 6.75 is very excessive.

I knew there were a ton that I missed.

All of these are very minor and simply balances the civ for competitive fair play.