Here is the problem I’m experiencing…
Locked Civs in Custom Scenario should change according to player number but it doesn’t work on singlelayer skirmish setup.


(you can test this scenario, place it in C:\Users[ID]\Games\Age of Empires 2 DE[number]\resources_common\scenario) 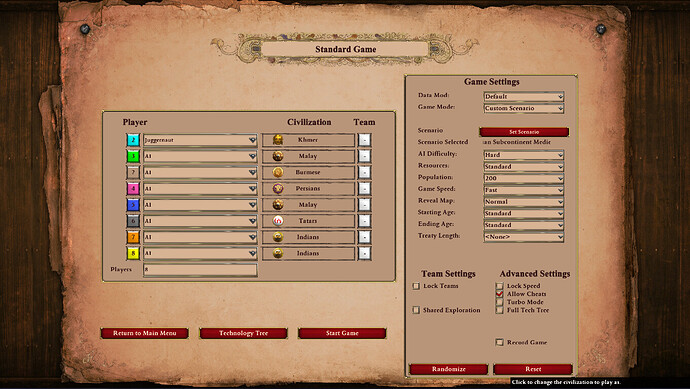 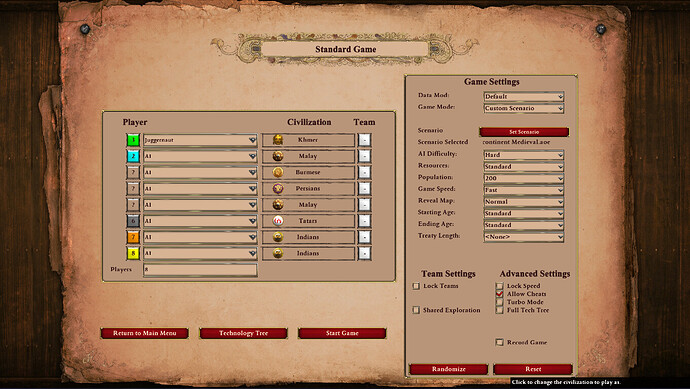 It works correctly on Multiplayer Lobby: 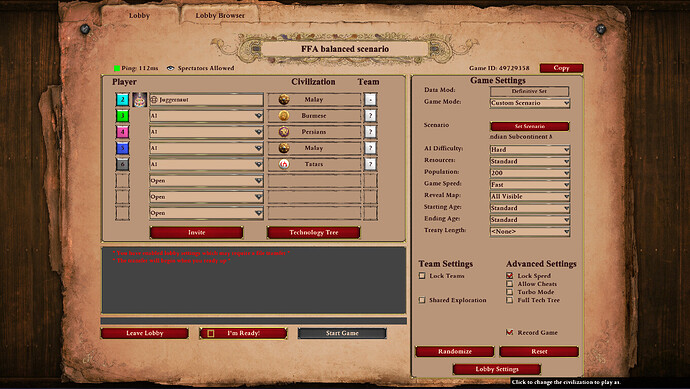 A task has been written up to investigate this behavior. Thank you for the report!