Lucifron’s disgusting trick is about cutting down the tree around your opponent’s palisade.

With 10 seconds a tree is cut down and it is not necessary to return to a logging camp to continue cutting down more trees.

The proposal and solution is the following: that it does not allow walking in a tree until it has extracted all its resource, as it happens with gold and stone, it is not possible to go over a stone until all the resource is consumed, it must be applied in a the same way in the trees. 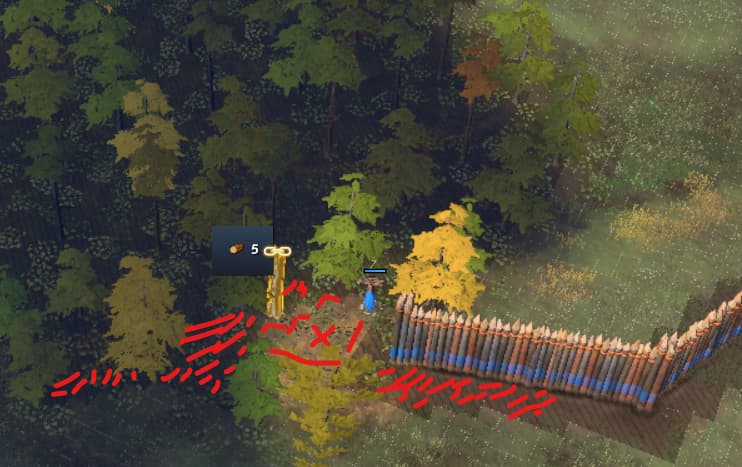 This has always been one of my favorite things to do. AOE2 had trees that blocked walking, but trebs and siege onagers could delete trees off the map. Using villagers requires a bit more micro to do, but seems fine. Bumping walls up against a forest has always been risky for this reason.

in number 2 you lock yourself with buildings, now it is not necessary and it looks disgusting.

This is not an issue. It’s just something to be aware of if your wall is connecting to a forest. It has been this way since AOE2 20+ years ago. Don’t be surprised if part of your wall is made of forest and can therefore be cut down gets cut down when you don’t pay attention.

It takes Solol 10 seconds to cut down a tree, what’s the use of paying attention, even if the map was revealed.

Mongolia has a unique technology,can one shot down the

this disgusting trick was used in the last tournament 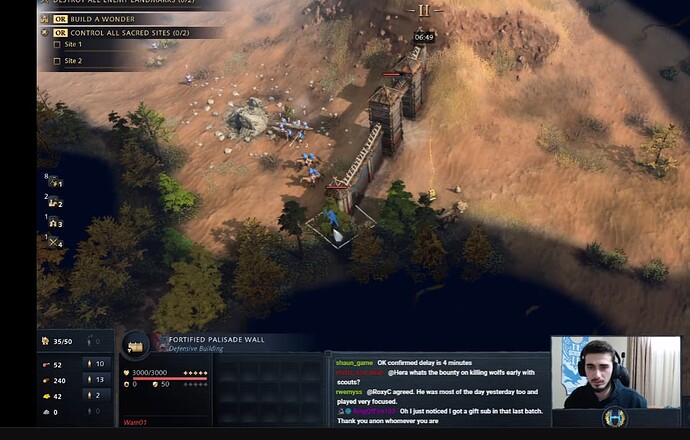 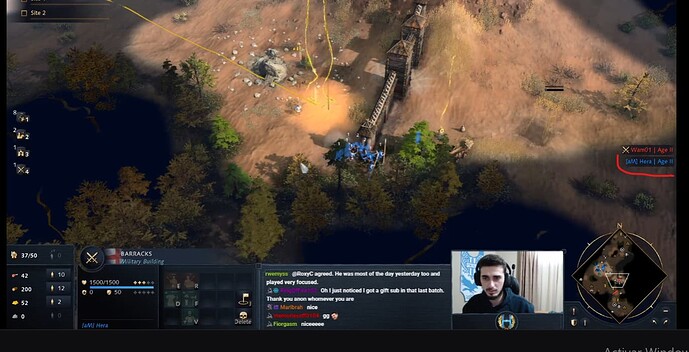 If you build a wall against a forest you have to look out for this.

I’m surprised they don’t disgust you

I find it humorous that you are obsessed with the fact that the game lets you chop trees down when they are next to a wall - to the point that you use the word ‘disgust’ every single time. What should the game do? Make all trees near a wall invincible? No, this is part of playing the game and a risk to be aware of when you short-cut your wall-building by having trees be part of it.

i agree, if you can´t protect yourselft with buildings that palisades are of any us, it´s also a dity trck and Age Of Empires is about strategy

I agree. Those is totally fine.
Players just need to be aware of were they place their walls and also make units to defend rather than just going full greed behind walls while making zero units.
Just by having a few archers behind the wall or a tower near the tree line where the wall is connected will cover that weakness.

It has NOT been this way since “AoE2 20+ years ago”. In AoE2 the villager has to gather all the resources of that particular tree for the area to be cleared. Only straggler trees can be wiped after cutting with building foundations.
This is clearly an exploit which makes walls useless.

I don’t see why is this “disgusting”, it is pretty legit.

Put archers near your walls and kill the villagers. Or an upgraded outpost, for that matter. What would be anti-game is to invest a small amount of wood and be able to relax on that front, knowing nothing can get through without getting warned. It would be lame, actually.

It’s a way to balance early agresion on closed maps, also. In AoE 2, the black forest meta is wall and forget, because it’s super hard to get through palisades and house walls. Here, I think it’s super nice to be able to put some archers and horsemen into my opponents greedy boom. It’s refreshing and prevents me from Alt+f4 closed maps.

The most disgusting thing about this is actually probably how you use the word “disgusting” in literally every one of your posts in this topic. I suppose this reply is going to disgust you, but oh well. Deal with it. Chopping trees has always been a viable way to bypass walls in AoE.

Disgusting is the people who want to win easy, that’s why there are battering rams, or with 5 spearmen you destroy them. But I bet they use the disgusting trick and yet they don’t raise “elo”, it’s a shame.

I think this is not an issue, you have to think about every possibility of strategy to strike and defend. agree with @TheConqueror753 “Chopping trees has always been a viable way to bypass walls in AoE.”