So, Macehualtin are now “Otontin” slingers? What? Oooo… you mean “Otomi” warrior! This “anti-colonial” political posture in DE is just nonsense. NO ON ASK FOR THIS! (at least non in the Latin community). Pleas stop. First the removal of the firepit for the aztecs and now this, please keep your political issues on the USA natives on your side and keep the Aztecs alone.

“Macehualtin” means “farmer” my friend. How are you supposed to have a military unit named farmer?

Next episode: changing “war club” to “club warrior”/“ikko-ikki” to “sohei”/“guerillo” to "legionario"is an act of political correctness.

Otontin doesn’t make much sense either. The otontin were an elite warrior society, but in the actual game they are a basic war hut units with a ichcahuipilli, no tlahuiztli, and no xopilli banner.

The upgraded models of these units have decorations and dressings of higher-ranking military officials, so this name is at least better than “macehualtin”…

They do, but they are dressed up as papalotl, commoners that have managed to take three captives during campaigns. Papalotl were still ‘below’ otontin in skill, as joining the otontin warrior society required a) being a noble, and b) having taken at least six captives while on campaigns.

I understand the meaning of “Macehualtin” (Still think is better than Otontin) but the meaning not the issue here. To be honest I’m disgusted how AoE3 DE use the “Political Correction” flag on this one. This is a game abut COLONIZATION and still they remove the Historically correct term of Colonial Age and change it to the non-existing “Commerce Age”. They remove the firepit and placed de community plaza, and to be honest it sucks! I find myself reassigning vills because I believe they are ideal on the Plaza. And now the “Otontin” nonsense… I just wish the keep the Aztecs as they were on the first place. If you can not deal with reality DO NOT do the game!!!

Next episode: changing “war club” to “club warrior”/“ikko-ikki” to “sohei”/“guerillo” to "legionario"is an act of political correctness.

My point exactly! no need to change this! Leave it as the community already knows it! Change Germany to Deutschland then! (witch dos does not make seance for Germany was not stablished as a Country on that time in history) And make the China be call 中国 and Japan 日本! Change everything to “the true” meaning” because “political correction”.

Many thins in this game do not make seance and is fine! But this… this is insulting. Because they are native cultures they deserve to be addressed and not the other ones? Plz. If AoE wants a politically correct game! do a New one!!! Keep the original as it is, for love and respect to the ones how ACTUALY play the game, not to the ones how do not.

mate if just the name of the unit which can be argued to be weird in the first place was the straw that broke your camel’s back then I think you are using the wrong argument here, considering you already raised other points.

Like names are like the least relevant problems with the game. If you want to argue politics, do it elsewhere.

A bunch of Euro guard units had name changes as well, tbh I just think they wanted to cooler sounding one, like Bostancı instead of gardener and the Port musk guard.

True bro. I’m just ranting now, and I know it. Is just “WOW” how the push this stuff as the “main great issue” of the game when the game was presented to the public. I love AoE3 and its lovely how they care to be more accurate on they descriptions, but PLZ… The game was published as this great “pro native” changes and sooooo many good things of the game were “neglected.” They change de voice actin of Iros… like, why? And they rewrite the campaign because of “natives”. And again, they change the firepit, the Cotton plantation, Iros and Sioux do not “gather coin”, they did not used the Proper name on the “USA General” in the Historical Battle scenario, and the list goes on… and on. This is obvious and I feel uncomfortable with this.

And now the forum is asking me by private massage that I have no write to display my opinion on this topic. Even do I’m insulting no one and just saying the historical truth. This is the now era,.

Fun fact #1: guerillo were Portuguese units. They changed the name guerillo because this word is just generic “warrior” and made little sense. They also changed Dutch “stadholders” because stadholders were chief executive officials instead of a military unit. They also changed Dutch “Nassau” halberdiers because the Maurice of Nassau reformation focuses more on musketeers than halberdiers. They also changed Spanish “Quaterfage” because that word comes from nowhere. And yes these are all political correctness.
Fun fact #2: Portugal, Spain and Netherlands are not in Asia, and are not native American cultures.
Fun fact #3: AOE2 DE changed camel to camel rider, which is clearly political correctness.

The game was published as this great “pro native” changes and sooooo many good things of the game were “neglected.”

I don’t like the new voice acting either. But how is calling a military unit “farmer” one of the soooooo many good things of the game?

The USA general one is probably the stupidest change but most of the changes are cosmetic. The native gold thing was also weird but tbh mechanically its an improvement to me since they had ■■■■ gold eco in the early game and they get essentially a free early upgrade now.

I actually liked the rewritten campaign tbh, the voice acting was off but the story was actually better since there was an actual connection between the characters rather than random meetings, also fighting outlaws in the early campaign was an actual challenge.

the new voicelines to me the only problem is that they should turn the volume up a bit since it feels a bit on the low side, other then that to me is like hey atleast we have new stuff in here and its not for all units anyway.

just to note like historical truth is what is written down and accepted, those things can and will change. They probably had it way over their head saying how nice it is but tbh if they made the changes without pushing it I think people would just be like eh.

Ottomans have a horse rider called “Gardener”. So why can Aztec not have a soldier with the name “farmer”?

Both are equally ridiculous but one is allowed to be in the game and another is not? 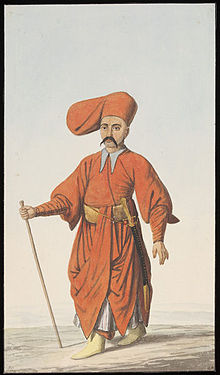 A bostanji (also spelled bostandji or bostangi) (from Turkish: bostancı, literally "gardener" ), was a member of one of the types of imperial guards of the Ottoman Empire. The bostanji were mainly responsible for protecting the sultan's palace and its premises. They also guarded the seraglio and rowed the Sultan's barge. Their chief was called the Bostanji-bashi (Turkish: bostancıbaşı), and he had the rank of a pasha. The bostanji at one time numbered 3000, and were united with the ja

Because the unit is called “gardener”, and it is also changed to the Turkish word “bostanji”, which means gardener, in DE.
And there was no Aztec slinger called farmer.

Maybe im not explaining myself properly. Is not the name the issue, is the intention of WHY the do it. I support the idea of updating details of the game (if they make seance and still are recognizable by the community) I’m just not a fan of WHY they do it. The FACT that they did not add the name of Jackson on US General in the Battle or Orleans is just WOW. Colonization happened, was real Let’s accept that. Covering it with a blanket will not help. This is my point. And that the firepit is better that the Community plaza. I Prefer the firepit. The tribes here still dance around and is amazing. Do it once, one of the greatest experiences of my life. There Is no shame nor “savageness” on it.

A bostanji (also spelled bostandji or bostangi) (from Turkish: bostancı, literally "gardener" ), was a member of one of the types of imperial guards of the Ottoman Empire. The bostanji were mainly responsible for protecting the sultan's palace and its premises. They also guarded the seraglio and rowed the Sultan's barge. Their chief was called the Bostanji-bashi (Turkish: bostancıbaşı), and he had the rank of a pasha. The bostanji at one time numbered 3000, and were united with the ja

WHY they do it is clearly because some names were ridiculous, inaccurate, or does not sound like a military unit. I wonder how changing “farmer” to some actual military order erases colonial history. Did Spanish colonists call Aztec slingers “farmer”?

And I agree removing colonial or Andrew Jackson is stupid, but how does that justify calling a slinger “farmer”?

I mean you can only really identify the case of the Historical battle as being a case of where they tried to hide the name.

the other name changes for the most part could have been done for a bunch more reasons, given that a bunch of Euro units also had their name changed.

The firepit, eh opinions will vary on that, I think its more that not all people had a fire pit-esque ritual so it would just be simpler to do something else. Maybe in the future they will allow the aztec to do human sacrifice instead of their dance

Yes mate, “farmer” is “inaccurate”, but So is more Otontin. A “farmer” warrior is not that crazy. Aztecs were a war-based society. Farmers could have actually fight against the Spanish.

Any way, my rant is over. This will lead to no were. Im out.