The next event is for villagers. Here is the key value strings:

They finally found a way of making us create a siege tower.

Give me the villagers with boxing gloves 11

In a single player or in multiplayer, or only in a campaign?

Are there any useful balance changes addressing the super weak new civs or the super strong meta civs?

Usually such events can be completed in any. Even custom scenarios.

As for using the siege tower, I’m mostly a campaigns player, but I’ve indeed heard it’s useful on arena.

Typically the devs won’t touch the balance for the first patch after an expansion, to let enough time for players to really figure out how civs are supposed to be played.

That’s how I get most of the event progress. I just make a custom scenario to complete it in like 10 seconds, then play that in single player, and get the achievement.

They could still balance older civs though.

Where can I find that list? Do they have it released yet?

There isn’t a list for those bug fixes, but I guess is rather minor and smaller ones.

That’s so not true. Till Lord of the west, every expansion had super strong new civs which got nerfs in the first patch after release. Sicilians and Burgundians on the other hand got buffs. In fact Sicilians continued getting buffs for 3 patches.
Only Dotd civs weren’t touched.

LotW civs literally got hotfix nerfs 3 weeks after release. But I don’t think it’s going to happen here because the DoI civs don’t have auto-win conditions like old first crusade/coustilliers used to be. I doubt there will even be changes to any unit or civ in there, it’s way too close to the current patch.

The devs should stop wasting their time on nonsensical events 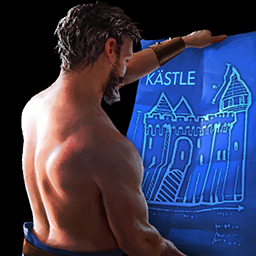 As for using the siege tower, I’m mostly a campaigns player, but I’ve indeed heard it’s useful on arena.

I play both (campaigns and scenarios). I don’t play arena. That’s why I asked. Some units are available only in one of the 3.

There isn’t a list for those bug fixes, but I guess is rather minor and smaller ones.

As far as bugs go, there will always be a bug or 10 or so as long as the devs will continue to introduce new content. From my experience the most patched version was: