(see below 1st post for an evolved variant of this mod)

The motivation behind this mod came from feeling unsatisfied with existing tree mods.

Small Trees Plus Undergrowth(this mod):
Smaller versions of suitable vegetation have been distributed into the tiles around the main tree to give a stronger visual cue about tile dimensions.

Small Trees(see here):
The empty space inside the tiles makes it visually hard to read the tile dimensions. Beware of holes!

Cube Trees(see here):
Easy to read but also an intrusive change in the visual aesthetics of the game. 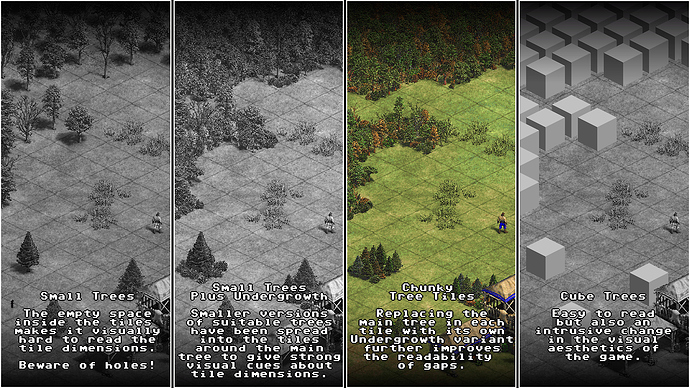 Replacing the main tree in each tile with its own Undergrowth variant further improves the readability of gaps.

Updated both mod variants to Version 1.1:
Improved “felled” and “stump” states for all tree variants with bigger center tree in the felled state and an added logpile(except for bamboo and baobab). This way felled tiles can be easier spotted and clicked behind untouched ones. Also, the stumps now hopefully do not trigger Trypophobia anymore with only a single stump in the center and just rubble around it instead of many small stumps. 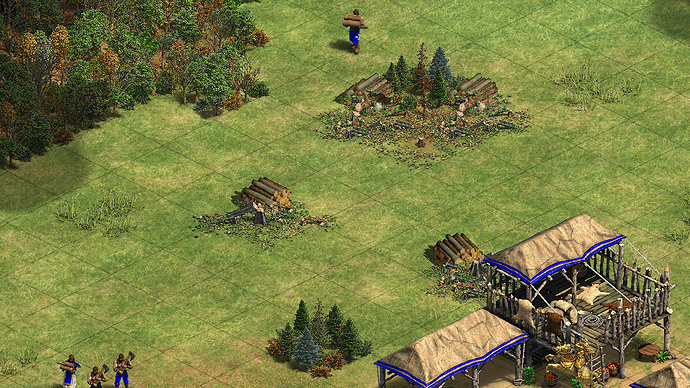 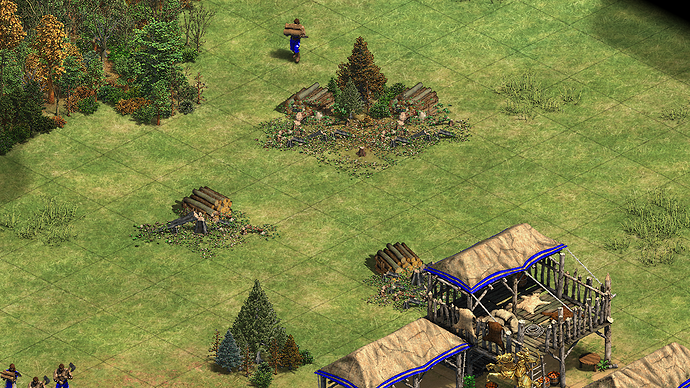 I’m definitely going to give the STPU mod a try. I often screw up and leave gaps in fences or buildings against treelines so the added undergrowth should help. Thanks for doing this!

Just updated both mods to Version 1.2: 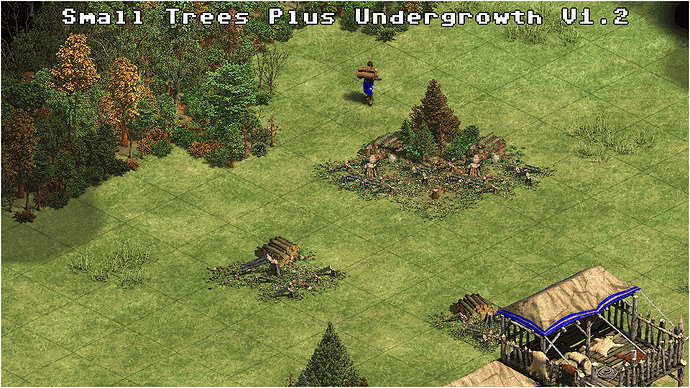 Will give them both a look!

Hilarious - I like the look of them both - they certainly help you see right away if you are leaving a gap between defenses or buildings and the tree line. However, I actually left three gaps where I was near the top corner of a map and trees were in the foreground - even with small trees and undergrowth I couldn’t see that I had left gaps. In saying that, I still think it’s an improvement overall as it definitely gives a more pleasing look to a map when you don’t have a lot of space under the trees. It looks more “natural” if that makes sense. I’m going to for sure stick with one of them - just have to choose which one I like most or perhaps one might be favoured over another on different maps. I have done all of this “testing” so far on Land Nomad.

Thank you a lot for testing and providing this feedback.

I will try 1.3 today and use a number of different maps.
Cheers!

I’ve done a few more games with both and they seem to be working just fine. I haven’t come across anything that looks out of place or interferes in some way. I do prefer the STPU more than the Chunky Tree Tiles, but that’s just an esthetic thing.
Thanks for putting these together!

Thanks again for the feedback, much appreciated!