For some reason the UI elements are huge in the multiplayer lobby now compared with the previous Microsoft Store build. It looks like I’m running the game at 720p not 1080p. The drop-down arrows for the settings are smaller than the fields. There is a new Extra Settings panel hidden behind standard game settings which hides game settings. The previous layout of the multiplayer lobby was fine. Why did you change it?

Once I select a preferred random map game mode, (1v1, 2v2, 3v3, 4v4 or 8P FFA), there is no option to change it after the lobby has been created. What if I want to play a 4P FFA? Not an option. What if the players change their mind and want to play on different team setup? Not an option. The previous multiplayer lobby gave hosts the freedom to change their game setup as needed and was just fine. Why did you change it?

I apologize if this sounds like a rant but I have been playing this game since the Microsoft Store release and would happily trade the previous version for this one. If it ain’t broke, don’t fix it. 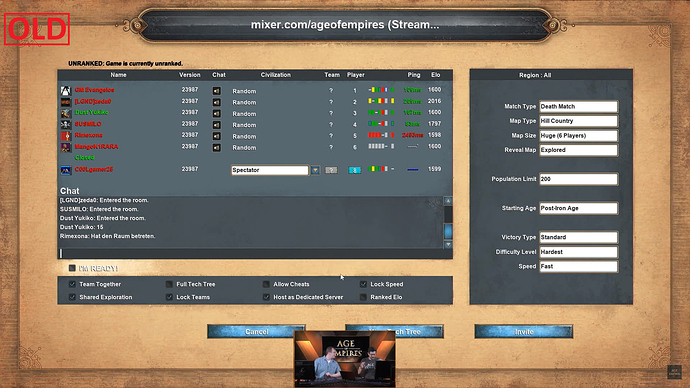 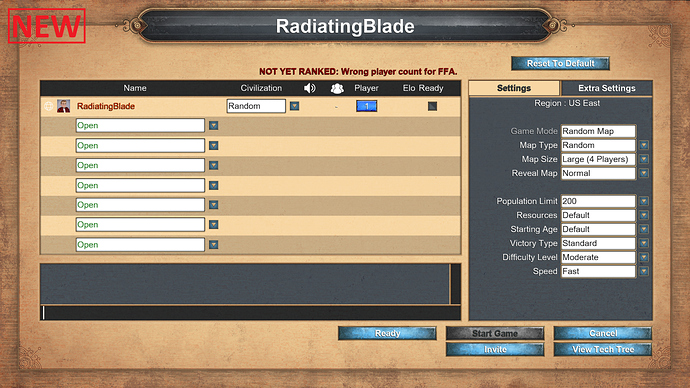 Edit: I understand now that in order to play any FFA game I have to create an 8P FFA game and then close slots to create a 4P FFA game. While this is not ideal, it’s still possible to play FFA with less than 8 players.

I also noticed that we can still play the old build until the end of that empire, but only with players who have that build and they will not update it anymore. It does get confusing for a lot of people this way.

As you can see I now got two AOE DE’s installed on my system. 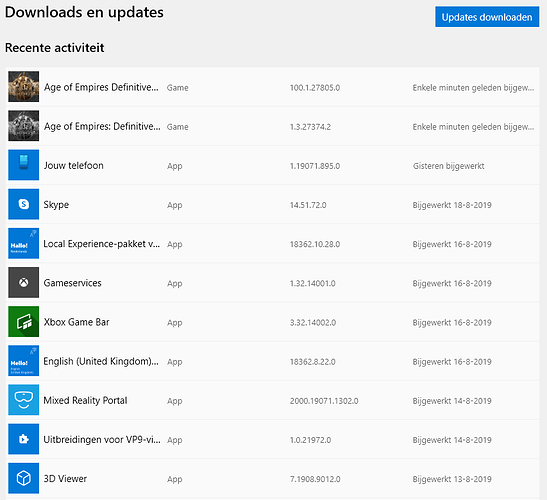 Xbox Game Bar and Gameservices are requirements for the cross play version.

I also have absolutely not a single idea why they chose to setup the lobby like this. It simply does not make sense at all. Age of Empires II HD isn’t even doing this.

I highly assume there was some design choice made with a specific reason, but whatever that reason might be, we will probably never know.

totally agree with the above points. They messed up the lobby. There is no spectating move in elo games. You cannot change game mode and have to keep reshosting. There is even a chat bug where in rated 1v1 the player cannot see the chat. In 4v4 rated mode the 8 player slot is bugged and they are automatically muted all the time.

Also, when you hover over any lobby in the lobby browser, there are never any “closed” spots, all of the spots that aren’t filled by players/AI are “open” in all cases. One other thing, when you join a lobby and get in the 6th spot for example, you will be green color even if another person who was in the lobby has chosen green already.

To make it better readable on small (very high DP) and large 4K screens is my best guess (playing at larger distance from screen). But I can imagine it now looks too large on 720p resolutions, it’s very large on 1080p already.

I think I understand the lobby creation now. Random Map and Death Match are automatically ELO rated games. That is why there is a ELO Ready checkbox. This explains also the fixed settings.

If you want to have a normal game, you should pick Custom Game. This will allow you to change the number of players, teams, game mode and such freely.

Still I don’t get this confusing design choice.

with customs settings the elo is not working

Well that is why I am questioning the design choice, because it makes no sense.

I agree with all said. Last version indeed had some improvements to make, but this… you made a downgrade, not an update. Makes no sense at all.

Greetings fellow AoE players and fans of the franchise.
My name is Marcel (ingame Keempf) and I am mixer streamer of a small AoE:DE community.
This post shouldn’t be any kind of flame, nor should it result in an emotional outcry, but should be taken as a short reflection for the team that is working on here.
It’s more a critizism than anything.

To the new version of the game.

In short… the Lobby looks horrible.
I always ask myself, why this design changes aren’t made by simply putting a switch in the settings and let the userbase decide which they like more, since you have 2 different ones now anyway.
It reminds me alot in when Combat arms back the got from a well designed, fitting and well structured lobby design, to this silver, all over the place, unnecessarry encapsulated mess.
Not even speaking of the rather embarassing looking after match sign if you won or lost the game while checking out the map… please god stop it…

The old lobby looks HUGE. It’s way too big, the fonts, the seperate windows, everything.
The buttons seem to be missalligned, starting with the left side of the Room-list window, and ending somewhere in the middle of the right side of the screen without giving you the feeling of beeing somehow centered or alligned somewhere else.
The old buttons were positioned in line with the Room-list window and allign somehow with the dropdown menus of the filters.

Again:
Everything looks way too big.
The hover-tooltip takes like 3 times the screenspace than before.
The button allignment is horrible, everything is unpleasent to see at.
The game rule structure is unnecessarily encapsulated now into different subtopics, which fit perfectly and were pleasent to look at on one screen before.
But wait a second… this is an unranked game but… Where is the ping information? Where is the Elo information?
What the heck? Have you actually cut out features that are essential in hosting good games without any kind of ranked system on?
Finding proper players to play with, ESPECIALLY in teamgames, where ping, sync and gameplay of every player fits with each other is essential to have a good game.
With this cut out features it won’t be possible anymore to get to this kind of rooms and experiences.

I agree 100%. The new lobby isnt user friend and has some bad design choices.
There are some weird bugs as well.
Example:

The new menus are horribles, I am agree with you @Keempf

The old ones are much better

Why they changed it?

It was of course a bad choice

Thanks for your responses guys.

When I am hosting a room the setting “south brazil” is the basic value on which it goes back to after every single host, forcing you to switch it manually all the time…
Why is that?

It seems like to me that when playing with random teams the ELO does not work?
Played a few 3v3 random maps yesterday and if we had ? teams there was no change to ELO rating afterwards(yes, it did say ranked in lobby.)

EDIT: The random teams also doesn’t work right if someone has a set team. So if five players are ? and one is team 2 the end result can be three different teams.

When creating a single player or multiplayer game there is a hidden “Extra Settings” panel for toggle-able game settings. Please move these extra settings to the main panel, the same way it currently is in Age of Empires II: DE and the way it was before in Age of Empires: DE before the Steam release last summer. There is no reason to hide these settings behind another panel if the scale of UI elements is reverted back to the player preferred scale from before.