My favourite Top 10 New Features in Age of Empires 4 So I’ve spent a fair bit of time analysing gameplay footage, screenshots, discussing hot topics with you guys on the forum and reddit which all led to a culmination in the above video and my top 10 favorite features in Age of Empires 4.

What is your favorite new feature? If it isn’t mentioned let me know what it is below!

Definitely asymmetric civs for me

If they keep those large fire indicators, that’s actually a change I would dislike.

Unless I’m missing something, I think a burning building is pretty self-explanatory

Unless I’m missing something, I think a burning building is pretty self-explanatory

It has something to do with the memes of Age2 buildings burning for hundreds of years I think.

Lol, same. I would pick all of them except landmarks and neutral markets if I could 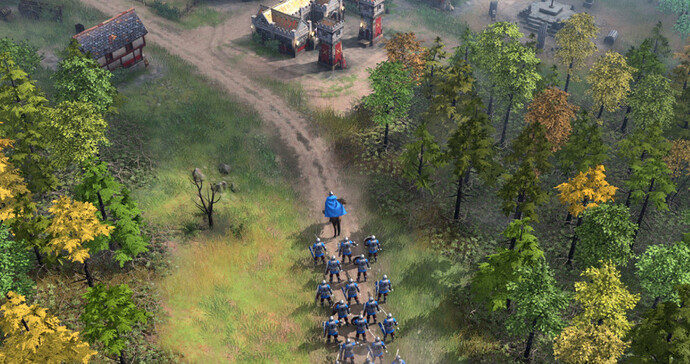 Military units being able to build simple defenses and siege equipment is fantastic, and I like the roads/paths addition (a quite simple but cool element that will add to the feeling of a growing base). Also, the landmarks way to advance of age is cooler than researching a single tech, and the ambushes can add really cool situations.

But obviously the asymmetric civilizations thing is the MVP here. I feel that is not even a gameplay feature but a critical game design decision, but surely will be one of the strongest parts of AoE IV.

How is random map generation a new feature? We have had that since the first game.

I mentioned in the video that even though it is not a new feature it is a noteworthy one. Sticking to the formula that makes Age of Empires unique.

Okay, that makes sense. I was just wondering because in the poll you are asking about “new” features.

it was a VERY hard one, but I think mountable walls are the most fitting new feature for me

Infantry building siege units infront of the enemy base is realistic and makes sense. It can speed up the gameplay and makes it more flexible.

It was a feature I wanted of AoE but never thought they would actually do it. I’m very happy about it.
Also think it’s good for balance that they can only build basic siege units (besides the Mongols that can build all).
The basic siege units are available in Feudal Age, making that Age a lot more interesting than in AoE2.

Wow quite a few votes since I was last here. Shame the Polls aren’t multiple choice

Clearly asymmetric civilizations are the winner so far, I just hope that the developers can make the civs feel and play unique different as much as they can. Quite keen to get hands on already!

Wow quite a few votes since I was last here. Shame the Polls aren’t multiple choice

You can make them multiple choice, I was wondering why you didn’t

Strange I wasn’t able to select multiple at the time - when I have time today I will add a new poll under the original in the OP - say a max of 3 options out of 10?

I mean, hey, it took me like 5 tries to figure out the poll system.

I can’t pick so I wanted to pick the option that had the least votes to show support for that option.

The 3 things I cannot pick between are Asymmetric Civilizations, Neutral Markets/Trading Posts, and Naturally Occuring Roads/Paths. Neutral Markets had no votes so I voted for that one.

bro,where can I find the picture such as it?

bro,where can I find the picture such as it?

It was on this thread, not initial screenshot provided by author

“Never blow a horn in front of snakes because they’re deaf.” A classical proverb. Whatever the game is, cartoonish or no cartoonish…eSports or no eSports…casual or no casual, only gameplay will decide whether this game lives or dies in coming months. As simple as that.

but this Ziad5241 provided more screenshots 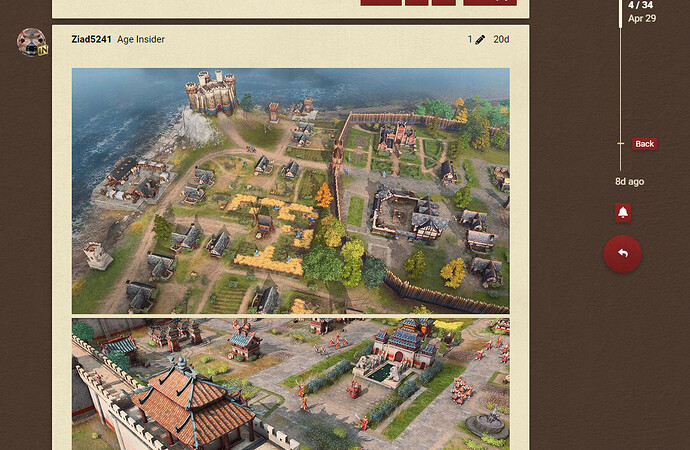 and between them was this beauty 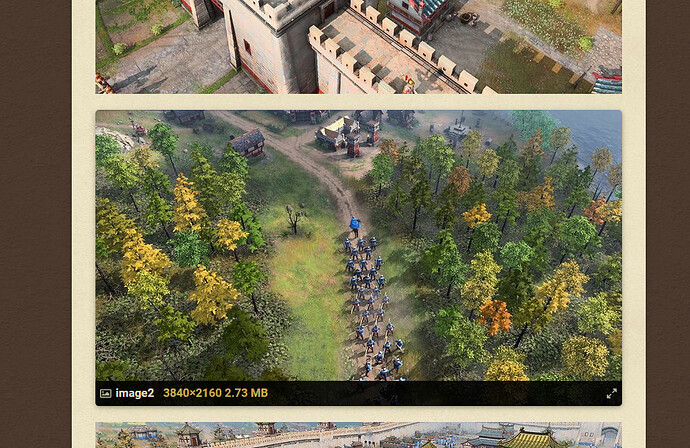 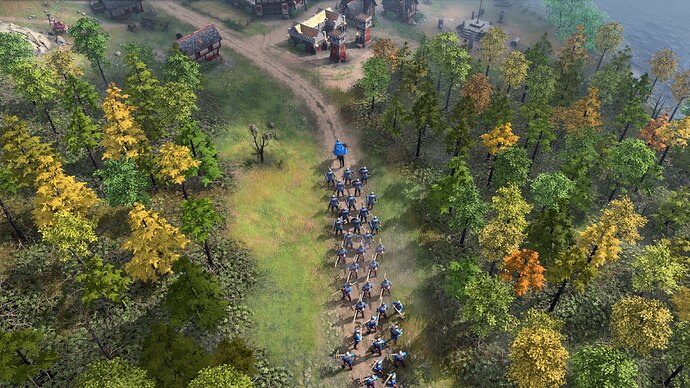