There is no reason to debate. They are just points of view. Any opinion is welcome.

I have not suggested anything like that at any time, why do you assume that I am against balance?

This forum is only trying to represent the things that many players have wanted to be better. I only propose how it could be carried out and anyone can propose it.

About the little use of the natives, I am not the only forum that talks about this. In fact one of them was my inspiration to create this theme, collecting the things that can be better.

On cattle, since the mechanics that I propose would be historically feasible. Dairy farming has been going on for thousands of years and I would like a tribute to this. I think it would be enjoyable to watch.

Why would they add everything the forums discuss?

Could you please provide a quote on when I said those words specifically?

And for this one as well please.

Update: No implementations from this discussion are being tried right now in the PUP for the September Patch

And then followed with:

Right some of these will take a lot of time for sure, but as you also point out, some other can be easily fixed. It would be nice to see some being addressed each update, it doesn’t have to be everything at once. The problem is that right now no suggestions from this thread have been taken.

Note first you say: “No implementations from this discussion […]” Then you say: “[…] it doesnt have to be everything at once.”

I dont know in what language you think you are writing here, but in English that means you want everything in this topic to be added, meaning you find OP’s ideas good, otherwise you wouldnt want that.

It doesnt have to be the exact words, that is not how language always works. Simply what you put means in context that you think his ideas are good. Same as saying slavery is not bad, and then when someone says “why do you think slavery is good” that you say quote were I say that.

Could you please provide a quote on when I said those words specifically?

Because refering to the above, you agree that the points made by OP in this topic should be added to the game, you then express your concern for the devs not adding a single thing from this thread and that you say you want atleast one and I quote: “it doesn’t have to be everything at once”, meaning you expect the devs to add all the points from this topic.

Thus the question to you why would they add everything? As if the developers would do what only a few people want (like 13 people upvoted in this topic), so if other topics reach 13 upvotes, do you expect the developers to do all of that topic as well? I could have worded the original comment better though, I do agree with you there.

Natives are used a lot in treaty (ranked there isnt a lot of treaty, but there is a lot in casual) Spies are also treaty mainly, so I dont see why everything has to be OP, so people use it all the time.

Doesnt matter cattle historically had also other uses. All countries in Europe had banks, but only the Dutch get them, because its a game and thats called game design.

Historically huge parts of population died of diseases, lets give every unit a 20% chance of dying for historical authencity!

There is no reason to debate. They are just points of view. Any opinion is welcome.

Thats the purpose of this forum.

Take it easy my friend!. Please don’t feel attacked. They are just suggestions. Remember that there can be creativity without the need to damage the balance.

I dont mind putting ideas here, but you cant say we shouldnt debate the ideas.

I assume you would like to see such things implemented as you put in your topic? So then there should be debate by people about what consequences it has for the game.

If you dont want them to be added and just a fun thought progress, then you should say that.

At least some of my proposals do you like?

Your last two points I agree with, I dont play India a lot, but your point about their dragoon seems reasonable.

I agree that, surgeons and priests need something of a buff, like faster healing or (better) group healing, but I dont like taking other civs unqiue mechanics and implementing it for the others.

The spy making it ranged I wouldnt really mind it, but it would have to be a card, not an upgrade in my opinion. However the range multipliers should be lower then the melee, to balance them. I actually would like to see the anti native warrior multiplier return as that made the unit more viable on treaty.

They told me about the ‘Exclusive Church Upgrades’ card. It has a different name for each situation, but it basically does the same thing. Give access to new technologies or you can purchase units.
I have been told that the Dutch one is fine.
I play mostly with Ottomans and it’s great too, but for other civilizations it’s not so great.

With Germans I don’t know if it would be a drastic change to make the ‘wallenstein mercenaries’ upgrade that costs 3000 coins make infinite mercenaries a little cheaper (Maybe 5% less coins considering that there is another card that does just that called ‘mercenary loyalty’) It also grants a buff to doppelsoldners that gives them more hit points, and another that makes infantry faster, but a bit more expensive.
Are these improvements as is or do they suggest any changes?
Would making mercenaries cheaper break the balance?

This is another common letter for Europeans that I don’t know what could be done to make it more useful. Gives you access to ronin and makes outlaws cost less population.
Is it fine like this or is it very little used?
What could be done if they consider it to be obsolete?

This is another common letter for Europeans that I don’t know what could be done to make it more useful. Gives you access to ronin and makes outlaws cost less population.
Is it fine like this or is it very little used?
What could be done if they consider it to be obsolete?

It is very unused indeed. I suggested this earlier:

Same goes for irrelevant outlaws in comparison to African ones. Comanchero, Dacoit and maaaybe outlaw-ronin are the only kinda viable but then again, you are screwed because of their overly high pop-space. In addition, I believe that the card Dance Hall/ Atonement should help boost hp/attack of outlaws as well, since African civs get these options through HC cards but no other civ does.

So in conclusion it makes the outlaws more resistant and cost less population.

Not exactly, the hp/attack buffs were my suggestion but it currently only reduces outlaw pop and (I also suggested all outlaws to have less pop by default as well) and allows the recruitment of specific mercenaries in the Saloon; Ronin for Europeans, Iron Troop for China, Jat Lancer for India, Yojimbo for Japan (and in Stable for them as well for some reason).

Perhaps instead of a regular ranged attack, which would completely alter the identity of the unit, agents and assassins could get a powerful snipe attack capable of downing a unit with a single shot but that requires recharge and a about one or two seconds to aim and discharge (similar to the mechanism used by explorers to take down treasure guardians). That would preserve the unit’s core identity as a melée fighter, while increasing its value against ranged mercs, and would still be on brand with what we all think of as the actions of an agent or assassin. Plus it would give the home city card quite a bit more punch to make it appealing, and would add even more micro potential to combat engagements.

I’ve thought about this for a while and an idea came up based on a ‘StarCraft-2’ unit.

There is a unit in the game called ‘Ghost’ that specializes in taking down elite units. It has a similar ability to the European sniper scout. 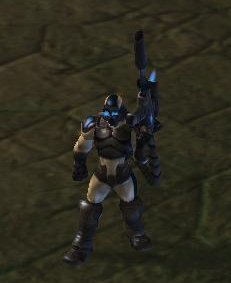 Ghost (Legacy of the Void)

This unit’s ability requires energy that recharges over time.

How could we fill in something similar in the spy ?:

The ‘Agents’ or ‘Asecinos’ card gives the spy a shooting ability that only recharges when you invest a certain amount of coins. Once you use it, it takes time to recharge and then when it recharges to activate it again, you must pay to use it again.

In conclusion we would be paying coins for each shot that he fires.

We could implement something similar for native trackers and ninjas.

That is a really good refinement of the idea. I’ve also played some Starcraft as a Terran and I always really liked the snipe ability of ghosts. Making you pay coin for the snipes may make it more fair for the opponent that had invested in buying that merc. However the cost of the snipe must still be significantly lower than the cost of hiring the mercs or you might as well just go and buy mercs of your own. Perhaps 30 coin or so per snipe.

Being a melee unit it becomes useless, even against what is supposed to be good as posed by the theme created by Peachrocks5. Anti-hero units are expensive too, but mercenaries tend to be much more expensive. I think the price of the shot should be relatively expensive, and only work against elite units (mercenaries and heroes). It must feel like you’re sacrificing economy for a tactical advantage.

Some of the things I wanted to improve, such as the formation where the guerrillas do not mix with musketeers, and the letters that were repeated have already been fixed some. I don’t know if it was because you read this forum, but thank you.

They also removed the repeated cards with infinites, thanks devs! Hopefully we can see in the future some other changes to underused cards/units and European outlaws

I really like your idea of surgeons generating XP. That sounds like a pretty good reason to build them and then you could pop down a field hospital for the extra heals. One thing is: I think they heal WAY too slow (the hospital AND the surgeon). If you contrast them with AOE2 monks I recall them healing quite a bit faster.

On the priest front of things… and… I may get some blowback for this but I think they should be able to convert units like in AOE2 & AOE1. Just my opinion… don’t be too harsh now LOLOL.

And then as a USA player I think they should be able to heal minutemen that have received the marines upgrade. Kinda weird they can’t.

I really like your idea of surgeons generating XP

No. He was talking about the priests in that possibility. They could have a lower creation limit than the current one, which is 30, maybe reduce it to 5 and that they generate experience when they are garrisoned in the church or in the mosque if they are Imanes.