Well, i would like a lot this civ, but the problem is that they weren’t an organizated state until XIX century. Here we go:

UT 1: Confederation: Allied Monks +1 Range
(The Swiss states were ruled by a Confederation where the catholic curchs had a lot of influence)
UT 2: Phalanx formartion: Halberdiers and Swiss pikeman +1 range
(Swiss infantry were known by their compacted formation of units with large Spears, Pikes, and Halberds.)

UB: Tavern: Building that allow hire mercenaries. Available for Swiss and their allies. Only 1 per castle. Can be built from Castle Age. Cost: 200w 75g 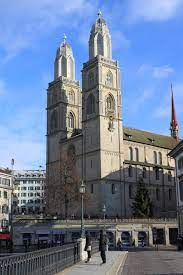 Im not expert at creating civ concepts. Any help to improve this topic would be highly grateful.

This proposal looks kinda familiar to me.
Didn’t we had one comparable already?

One thing I wanna mention is that actually the swiss gewalthaufen was used as mercenaries all over europe, so right the opposite way you want to implement the mercenary function.
I actually even think that the Gewalthaufen could be an interesting option for a lategame heavy infantry mercenary available to most european civs - and swiss (and their allies) get it cheaper.

They need an eco bonus or at least something to help their early game. Without that the whole design is worthless as we cant see how they would play out

And two spear UUs seems quite redundant, particularly when the Papal Guard is kind of just the Swiss pikeman already

If there is one, i didin’t know about them. Anyways i put a lot of effort on it.
I updated the mercenary concept, while my idea is to collect every mercenary unit into this building that Swiss and his allies can construct.

To avoid the risk of breaking other missions let’s only give the ability to garrison villagers to the Swiss.

To be entirely honest I don’t think we need the Swiss since we already have the Burgundians who :

as we cant see how they would play out

I can say mostly Inf supported by arbs and cavaliers. Also gunpowder they have gunpowder. So basically the civ role would be accumulate resources and make an army with powerful melee units and decent archers. If some cav is required, then make it too. Pikeman on feudal is mortal vs scout rushes, so you won’t dare to play it. Also tower rush strategy would be used because they are built faster.

They need something in early game, by imp they are fine

Thats not how the civ would play out though, thats just their tech tree

We need to know what their eco would be good at

I also think that they could be not needed, but i just made my idea.

i would say… gold or wood. Both were produced on the region. i like @DukeOfLorraine idea, but could be weird. and they have the tavern so im not sure. The problem here is that mostly all the bonuses were taken on wood and gold.

But you need to choose something before we can discuss the civ. Otherwise its too hard to get any conclusion

I think can stay for a pike civ

Monk techs are vanishing! Maybe we may think of a different tech? Like an additional bonus for pike?

(It’s hard to find an eco bonus, but def is not about farms)

Maybe you don’t need the tavern at all. Like condotieri and genitours, have the swiss pikeman be trained in the barracks and the papal guard in the castle for your allies.

Just as an example, you can give them trainable heradables, cheaper barracks or miners not needing to drop off

I was thinking exactly the same about the last one.

Trainable herdables would give them an unthinkable synergy with the Gurjaras.

The one about miners sound good.

Trainable herdables would give them an unthinkable synergy with the Gurjaras

I added it, but lacking the last mining tech to balance it a bit, because the gold acumulation of this civ at this case would be very strong.

regarding the tavern concept it could be done in an interesting way like this:
let’s you recruit your opponents’ UU. probably needs to be limited somehow:
eg only create as many as your opponent has created
way slower creation time
can only build as many taverns as you have castles
etc. basically loads of UU would be overpowered if we could make them from a wood only building, so there needs to be some extra cost/limit to it

Such a horrible single dimensional design, you basically made a theme park for Pikes, no other aspect to the civ, so boring, come on.

With that being said, the concept of Mercenaries is so good, I wonder why we dont have it in AOE, not necessarily a shared unit, but an unit that cost only Gold (that’s not monk type).