Nice thread and proposal! Would be nice to see this one added in game

But still, Chimu and Wari are the best candidates.

The first civ suggestion I posted was about Chimu. However, initially I wanted to write it about the Tarascans or Muiscas because they are always mentioned here on the forums. In the process I realized it was hard to make a reasonable civ build because there wasn’t much information about them, their technology wasn’t that developed, and the civs didn’t have in-game personality. Ended up like aztec clones.

On the other hand, there is enough information about Chimu and Wari. About their empires, the size, their culture, their religion, the weapons they used, their soldiers, etc. They both were in the bronze age and tech-advanced in their regions, which makes it easier to balance in-game and give them reasonable bonuses according to their culture. They are completely different, compared to aztecs and incas. Visually, Chimu soldiers wear bronze armor and helmets with a crescent moon. Wari soldiers wear red clothes and war paint. Their architecture, their art, their religions are also different and unique. The Aztecs worshipped quetzalcoatl, the winged serpent. The Wari worshipped kon, the winged puma. The Incas worshipped the sun Inti. The Chimu worshipped the moon Si. Like that, Aztecs and Incas are the counterparts of Waris and Chimus. Their ethnicity is different too. Aztecs are Nahua. Incas are Quechua. Chimus are Moche. Wari are Chanka. Details like these add up to the civ personality and uniqueness. There is a lot of material to make Chimu and Wari designs and balance easier and accurate.

In terms of historical importance, expansion, military power, development, and organization, the Chimus and the Waris are the best choices. The next American dlc must be about Chimu and Wari.

Really impressed by your research, I synthesized your data into a spreadsheet.

I took the afternoon to expand your research, adding a few more civilizations and other parameters of interest.

I also placed the interaction with Europeans, because it is one of the main factors why many users have an interest in pre-Columbian civilizations.

If someone believes that I have placed any wrong information, feel free to correct me (with the respective bibliographic source).

For now I am tired from the hours of reading, however, I will only say that I highly value all the users who have been interested in pre-Hispanic civilizations

Mapuche had some metallurgy from what I remember

Not really, they used stone weapons. There are even studies that affirm that the Mapuches did not dedicate themselves to metallurgy due to the little metal that was in their territory, some even speculate that the little gold that existed in their territory was extracted mainly by the Incas.

Mapuche silverwork is one of the best known aspects of Mapuche material culture. The adornments have been subject to changes in fashion but some designs have resisted change. Mapuche people adopted metallurgy around the Spanish arrival era of the 16th century. During the latter half of the 18th century, Mapuche silversmiths began to produce large amounts of silver finery. The surge of silversmithing activity may be related to the 1641 parliament of Quillín and the 1726 parliament of Negrete that...

So should the Incas be configured with cavalry and gunpowder weapons?

Im not arguing that, but saying that they didnt have silver metallurgy is wrong.

Im not arguing that, but saying that they didnt have silver metallurgy is wrong.

If this is the case, absolutely all the civilizations on the list have had access to metallurgy (Mayas, Jívaro, Caribs, etc.)

Well, I’m going to have dinner. I wish you a happy night 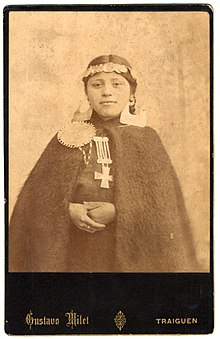 Also this. Im not going to argue that they had good metallurgy but they should have a “yes” on the silver part (sorry for the text on Spanish)

Also this. Im not going to argue that they had good metallurgy but they should have a “yes” on the silver part (sorry for the text on Spanish)

I checked the bibliographic source (page 17), it does not affirm nor is there evidence that the Mapuches have achieved metallurgical work in pre-Hispanic times, however, it affirms that some Mapuches used metallic ornaments, I can complement this data with this other bibliographic source (page 13), where explains them through various sources that the Mapuches did not know metallurgical techniques, however that some Mapuches did have metal ornaments, in other investigations it is explained that such ornaments have been manufactured by the Incas who gave these metal ornaments to the Mapuches as “goodwill” (something common in the Incas in the phase of “negotiation” with other peoples. First the Incas offered other peoples to submit peacefully, if they refused, they resorted to arms). In this map you can detail the location of the metallic ornaments of Inca origin found in what was the Mapuche territory.

As an additional detail also in this bibliographic source (page 17) explained that, after the arrival of the Spaniards, the Mapuche metallurgy was mainly dedicated to copper due to the little existence of gold in their territory.

As a personal suggestion, I recommend you check the bibliographic sources that use wikipedia pages, sometimes the information written there is not the real one, but the one written by people with a lot of free time (edition war).

I will continue to review other bibliographic sources in case I have free time and I will correct data if necessary.

Wow your info table is awesome.
it’d be cool if you add copper age-bronze age sections too.

Btw I agree with @TungstenBoar, add “silver” under the gold/silver part. Just to be fair and for the sake of accuracy. Remember Aoe2 timeline reaches 1600. So if Mapuches acquired silverworking from the Spanish before that year, then it’s fair. I don’t know much about south american history though.

Thanks for the advice.

Regarding adding metallurgy to the civilizations that copied it to Spanish metallurgy: I am going to consider it, however, in the case of the Mapuches it does not apply either because they began to manufacture everyday elements of metal in the middle of the 18th century, without However, the “copied metallurgy” (until the 16th century) applies to the Muiscas, Tarascan, Jívaro, Caribes and probably Missisipian.

the Moche were annexed as a result of exhaustion from attrition warfare after many years of war without a clear victor. They joined willingly. His theory is based on the fact that moche ceramics abandoned their bicolor tendencies and adopted polychromatic styles of red-black-white patterns, like the Wari, between the periods corresponding to Wari 1B, 2A and 2B.

This could be material for one of their campaigns imo. From your post, I understand wari 1B to 2B is almost 200 years of war. Or am I wrong?

Moche could be represented by Chimu, in case they are added. The campaign could start portraying the wari moving northwest and conquering nazcas and wankas (hehe) in a pit map surrounded by mountains, like arena or fortress. In the second part, it becomes a battle royale challenge against the moche. The last part could be a tower defense mini-game, like green td from wc3, against the moche to represent those decades of attrition.
Edit: The migration part after their collapse could be represented in escape style mini-games, like those escape maps or uther party from wc3. Something like the waris have to go back to ayacucho to become the chankas as the goal.

Idk I can see the potential in that event but I am not sure how to implement it. Something fun with mini-games would be cool. Like PhillySouljah’s campaigns.
Filthydelphia’s Campaign Collection - Age of Empires II: DE / II - Modding - Age of Empires Forum
His campaigns are pretty cool and fun.

If you want to get serious about making these a reality, then come to the citadel
Discord.gg/citadel

Tiwanaku-Wari Shield.
Although I admit that I personally like square shields more, I found the manufacture of a reed shield with zoomorphic drawings curious. 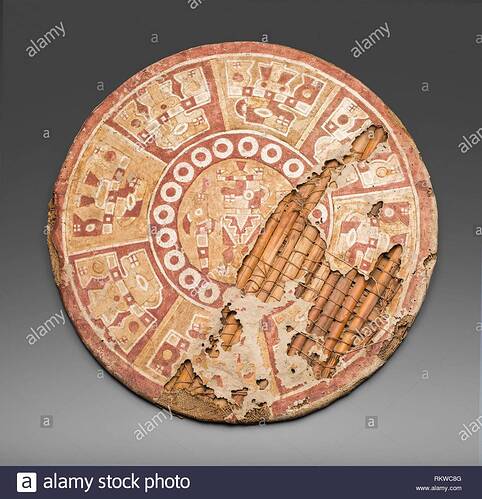 The Wari warrior eagle is “peculiar” 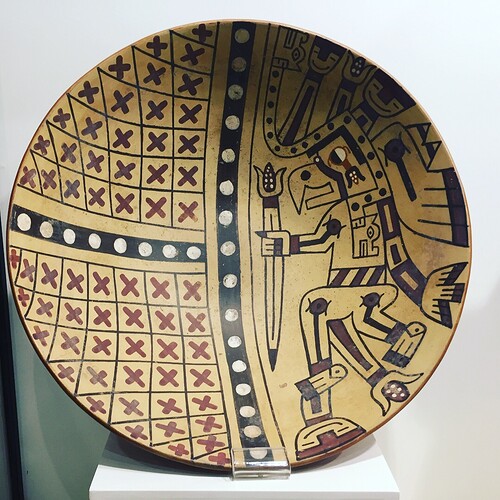 Some studies indicate that both Wari and Chanka had 2 sacred animals: the puma (Cougar) and the eagle (curious thing is that the capital Chanka was called “the house of the falcon”).

Even in the Chanka myths, according to their dual customs, their kingdom was founded by 2 leaders: Uscovilca (represented by a puma) and Ancovilca (in Quechua there are no vowels “e” nor “o”, so “Anco” it could really mean “Anca” which means “eagle”, I know this is still under study but remember that until recently it was believed that “Cuzco” meant “navel of the world” when it really means “Owl”). *Vilca = sacred 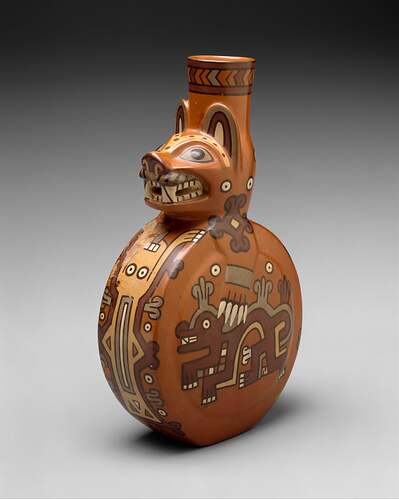 There is also information that the Wari were engaged in falconry, it could be interesting … 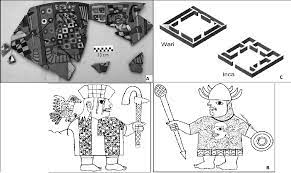 I joined. Thank you for the invitation.