The Pueblo, once known as the Anasazi(which actually meant ‘ancient enemy’ in Navajo), were a civilization of farmers and city-builders, most well known for their sprawling cliff dwellings.

During their time they controlled vast stretches of the American southwest, building huge complexes of stone and sprawling road systems that facilitated trade as far south as modern Panama. While much of their history has been lost, following their emigration from the area due to ecological changes in the area, many traces of their unique and distinctive style can still be found, hidden away in the vast and barren deserts of Arizona.

Stone Lasts +25% Longer. - (the Pueblo would ship huge sandstone blocks from great distances to produce their massive cities and dwellings. Some buildings had over 700 rooms.)

Heresy is Free. - (In the ~1300s, they Pueblo people experienced a massive religious shift following the change in the local ecosystems. They believed it was a result of their spiritual elders abusing their power, and so burned almost the entirety of their existing religious structure in massive fires.)

Cliff Palace: Replacement for Castles. Constructed into a huge overhang, they can only fire in a single direction, but also can only be damaged from that direction. It can be rotated in the same way as Gates. 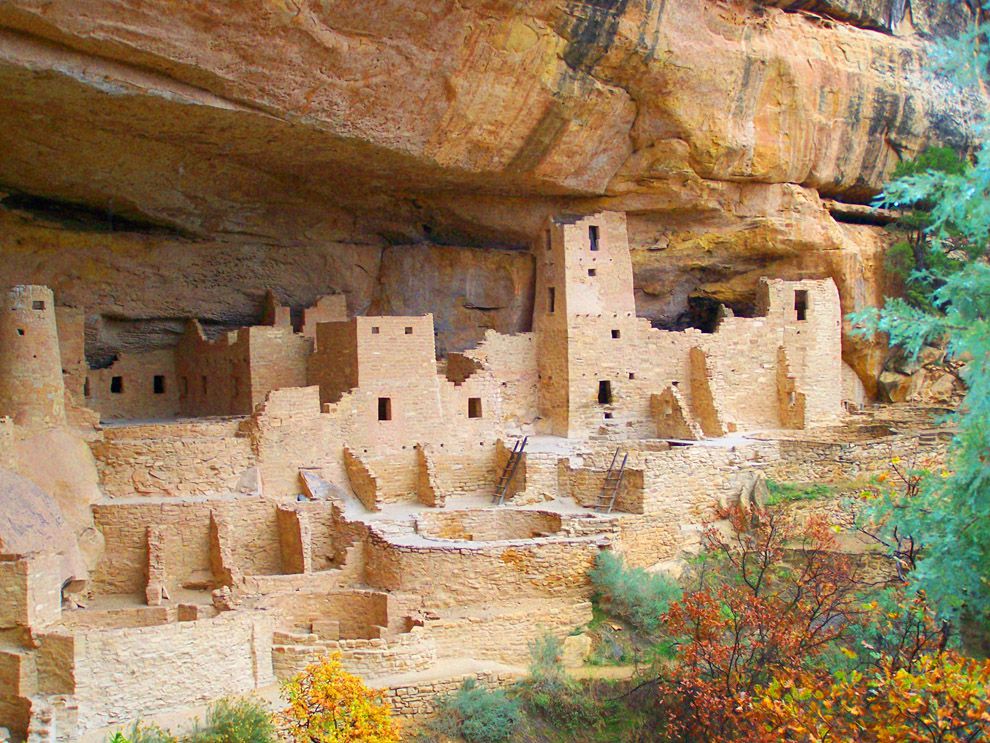 Castle: Chaco Roads: Trade Units also produce wood. - (Due to their distance from significant sources of quality lumber, the Pueblo would trade great distances to acquire wood to produce their houses and various goods. As a part of this, they created a massive road system spanning much of their area of the country.)

Imperial: Geoglyphs: All relics produce -50% gold. - The Pueblo constructed vast ‘geoglyphs’, stones placed over thousands of feet, to depict animals and people so large as to only be visible from the sky. The reason for their creation remains a mystery.

The Pueblo combine masses of cheap archers with large amounts of heavy fortifications. Their unique unit is carefully balanced to be able to take precise amounts of damage in the Castle and Imperial ages, while remaining weak and easily spammable. In keeping with their anti-religious bent, they lack most Monastary techs, and while they do get Heresy for free, their focus on cheap units mitigates its power.

As a mesoamerican civ, they do not have horse units available.

Definitely would love to see them ingame. A North American DLC would be awesome.

Agreed. Not sure there would be much to explore as far as campaign content/history, but I think most effort should be going into multiplayer personally anyway.

Thanks! Thought I’d throw in one slight modification; someone pointed out the Castle could be abused in Regicide by facing it straight into the map edge. So, easy solution: Have the front tiles on the Cliff Palace be passable terrain, like in the front of your TC. Problem solved!