New civlisations for the subcontinent

Rather than having an umbrella civilisation as Indians, I would love to see a variety. Such is the diversity of the great subcontinent. I’m no modder. But I teach history and economics for a living and can definitely contribute ideas for design and language and actual history.

What I intend to do is to get those who can mod and perhaps work together to build a few to start off with.

Oh I’d like to add. In such a scenario, Indians as a civilisation would perhaps need a name change to Hindustanis (I’d welcome other recommendations).

Tagging some people that may be interested in more Indian Civ Ideas for AoE2:

I’m very much interested in there being atleast 8 Indian cvilizations, but not as a mod, I rightfully want them to be in-built to the game itself,

For now, there should be AT LEAST the Dravidian (Vijayanagara+Chola) and Pala (Bengal+Oriya+Pataliputra) Civilization added IN-BUILT TO DE

Truth remains, nobody cares about decentralized and independently built mods, everyone cares about the 100% centralized decisions of the devs in adding IN-BUILT content.

Well in my opinion 4 to 5 civs per architecture set is good, so that no set is overpopulated. Currently only 1 civ is using the south asian architecture.

I love these. However, I would stick to the terms you mentioned in brackets as they are more inclusive with the theme of “ethnicity” that AoE II uses. Kannada, Odia, Hindavi, Rajputs, Dakhini, sound great! I’d add Tamils (Chozha era), and Bengalis (Pala era) to the mix.

Also love the units and tech.

Yes, as far as ethnicity is concerned, there should be atleast all these civs and more, atleast 8 civs in the Indian subcontinent NOT ONE

I agree Tamils(Imperial Chola) are a good option as well. The problem is Vijayanagar came after the Chola and they owned the Tamil Territories so that’s why I did not include them since I already wrote about Vijayanagar which encompasses most of Dravidian Region.

Bengali’s are kind of a confusing case. The language itself was created in around 11th century. Pala Empire (Hindu-Buddhist) existed in 8th century (proto-Bengali was spoken back then), then Bengal came under Delhi Sultanate, it broke from Delhi as Bengal Sultanate(Bihari Ruler Sher Shah Suri) and underwent rapid conversion to Islam. Though the sultanate did not last very long soon mughals came in and defeated them. So there is no fixed identity for them to rely on. In different time periods they were Hindu, Buddhist and Islam. Their population rose very quickly under british and mughals due to being a center of trade…

I agree, I just felt like collecting all good ideas in one place can be the first step to influencing future of the game. It will indeed be very good idea to get atleast south india and east india region being separated from the camel focused indians we have in the original game. It will do justice to crores of people living in the region. It feels so weird to play indians in the game.

For India, I could see at most 2 other civs, but not much after that, since even if we could make more, it would set a precedent that people would use to break up Slavs, Incas and Saracens too.

I would like Odiyas and Tamils, though I could also change Odiyas for Sinhalese.
The Bengals did not have great empires at the time, as far as I am aware, and were mostly broken up into small kingdoms.
Paradoxically, the height of Bengali culture was during the British Raj, which is out of the game’s timframe.

Tibetans could also be added, and use the Indian architecture set, even though they are not Indians, though South Tibet does have a lot of Indian style buildings.
The precedent has been set with Huns, which get Central European architecture, yet never actually built anything at all, as far as we know.

with the theme of “ethnicity” that AoE II

AoE2 does not use ethnical themes, only cultural themes. All of the Levant and a huge chunk of North Africa is Saracens, for example.

This Idea is great but its too much for AOE and people would want other umbrella civis to get broken down as well.The trick would be to introduce 2 -3 other cultures/people without clashing with the term indians.

This would not clash much with the umbrella Indians but again Bengali/Pala seems like an odd mismatch like the Goths.

This also is a great idea but bit too over crowded for a DLC but excellent idea for an Indian mod.

One thing I noticed is the term Chola is repeatedly used in the Indian civi and the wonder is also from Vijayanagar so having a new chola/darvidian/vijayanagar might not happen.Pala on the other hand is once there once and no leader name is given too. 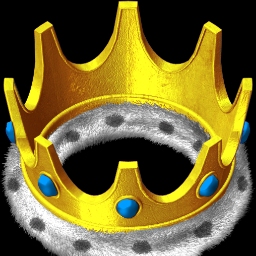 "Explore one of the most culturally vibrant and coveted regions in all of Asia! Wage war across the rich Indian subcontinent, the land of a thousand kingdoms and sultanates. Place vast armies under your command led by lethal camelry and durable...

wonder has been changed multiple times for indians for aoe2 in past (taj mahal then gol gumbaz then the current one)
only one king name is Rajendra Chola while the other 11 king names are from mughal sultanate, rajput and delhi sultanate.
i think those two things can be fixed if they plan to introduce east and south proper.

Tibetans could also be added, and use the Indian architecture set, even though they are not Indians,

You know what the problems caused by that could be. In China. There is no way Microsoft has the balls to anger them. Forget it, Tibetans can’t happen unfortunately.

Nobody cares what the CCP things, Tibetans Empire was in the Middle Ages (12th century, if I recall correctly) so it would not even matter.

Also, I couldn’t give a care about what the CCP finds offensive. This is a game about Medieval empires, not their weirdo control issues.

Tamils are good to represent the ethnically distinct southern Indian region, and they can be retroactively added to the fourth Suryavarman I mission to replace the Indians civ. Bengals are a great addition imo because they could finally be an Indian civilization that specifically specializes in melee elephants, as war elephants were a significant part of their military.

Also the Tamils have some very special weapons to select their unique unit from: 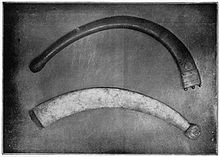 A valari (Tamil: வளரி) is a thrown, iron,Returning & non returning weapon used primarily by the Tamil people of the Indian subcontinent. The valari is used for protecting cattle from predators, and for war and hunting. It was the weapon of choice in deer hunting. It predates the Australian wooden boomerang, and was used widely in India since the Upper Paleolithic, most notably in the Deccan plains by kingdoms for war and most probably by the kings of present-day Madurai,Tirunelveli & Ramanatha Si... 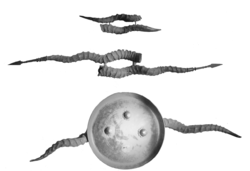 The maduvu, also known as a maru or madu, is a weapon from India. It is one of the many weapons used in Tamil martial arts Silambam. Most commonly called madu, it is also referred to as maan kombu after the deer horns from which it is made, specifically from Indian Blackbuck (Antilope cervicapra), also known as the Indian antelope. It is treated like a double-bladed dagger. The weapon typically consists of two blackbuck horns pointing in opposite directions connected by two crossbars which also ...

The urumi (Malayalam: ഉറുമി, urumi; Tamil: உறுமி, urumi, Sinhalese: එතුණු කඩුව ethunu kaduwa; Hindi: āra) is a sword with a flexible, whip-like blade, originating from the Indian subcontinent in modern-day Kerala and Sri Lanka. It is thought to have existed from as early as the Sangam period. It is treated as a steel whip and therefore requires prior knowledge of that weapon as well as the sword. For this reason, the urumi is always taught last in Indian martial arts such as Kalaripayattu. The ...