“For those attending in person, you will be able to go hands-on with some of the latest games and updates from Xbox Game Studios, including: Age of Empires IV (Relic Entertainment & World’s Edge / Xbox Game Studios)”

So we could have playable DLC at Gamescon

3 more civs will be really nice, I really want to see the Greek fire in action, hopefully they will change the UI add more unique units, improve graphics/textures and implement a new mechanic at least, that way I can think in reinstalling the game.

DLC announcement at GAMESCON. My guess is that 3 emojis means 3 civs.

You are clever, may have cracked the mystery. Three civs is a dangerously high expectation though

Turks+Romans/Byzantines is the ultimate match, but could ‘Boat’ mean Japanese or (fascinating imo) Majapahit instead? Check ‘Rise & Fall’ topic.

It’s about time the Seljuks (as part of ‘Turks’ civ?) get some recognition, like architecture, raid mechanics.
I hope the opportunity to create the all-new gameplay revolution of first ever AoE hybrid civ (nomad to sedentary, with ‘bombardic’ Ottoman Age 4) is not wasted. 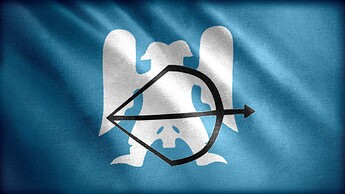 The key for sustainable AoE4 revival is to

double down on AoE4 essence (asymmetry), be BOLD on new mechanics/gameplay breakthroughs (Eng, Fr is not it).

God I hope we see some civs from new parts of the world with unique unit and building rosters. Vikings/Norse with men-at-arms would crush me.

I hope so much, it would be like dreaming

The fireman has me thinking it could be a Byzantines hint. The Romans are credited with establishing a fire fighting force the vigiles and the Byzantine capital had a fire department that seemed relatively well organised and used the many aqueducts and cisterns in Constantinople to put out fires.

It could be a hint to a gameplay feature as burning buildings are present. Perhaps Byzantine soldiers can repair buildings or at least put out fires or they have a unique town guard type unit

Possible civilizations will have shared units and unique units. That they are all unique can become quite difficult to balance.

In a prerelease interview (I think on Gamescom 2021) they said that the Danes won’t be the first civilisation they will add to the game when they were asked if they would add the Vikings.

Maybe their plans have changed though.
Maybe they originally planned 2 DLCs with 2 civilisations each but they were too busy fixing the game so they decided to only make 1 DLC but with 3 civilisations.

The boat could also be a connector between the two other ones and mean that there will be naval focused campaign between the Ottomans and Byzantines.

Or maybe we are just reading the hints completely wrong, who know.

We’ll just have wo wait unit the end of the month.

God I hope we see some civs from new parts of the world with unique unit and building rosters. Vikings/Norse with men-at-arms would crush me.

The Danes already had a unique melee infantry in the English campaign so I won’t expect a Danish MAA.
Danish infantry wasn’t all that different from English or German one so it wouldn’t be wrong to give them similar units.

What is strange about Americans? They have been part of AoE for 22 years and are beloved by many fans.
They will certainly come to AoE4 at some point. I don’t think it they will be the first addition though.

What is strange about Americans? They have been part of AoE for 22 years and are beloved by many fans.
They will certainly come to AoE4 at some point. I don’t think it they will be the first addition though.

They are not really strange, nor are they any more less important than any other civs out there.

But what I think he means by strange is simple: They would be odd to balance according to AoE4 more “realistic” approach to history.

I think it wouldn’t be impossible, but they would need thurough thinking and way of integrating them well into the current balance mechanics, without making them to fantastical or giving them “lend-lease” units.

Simply means the major Naval Rework, or Overhaul to be more exact.

There will be new ship and shiptypes.
Firefighter might be reference to Fire-ships (Which were available to all civs in AoE2). And new Fire-mechanic on ships. (perhaps ships on fire will not be able to be combat effective) Damage controll etc might play more important role on naval warfare.
Boat is just reference to navy-oriented patch with introduction of more navy maps.
The Tent is reference to new Maps. (knowing maps is important when going out camping in the unknown wildnerness)

The Unit Icon thingy is reference to Rework of units.
They already mentioned that Current Firelancers aren’t quite there yet, There is still many changes that remains to be tweaked for the Chinese Civ.
Siege in general are getting more tweaks, rebalderquin is rather very underused and underwhelming siege unit that most likely gonna go through some major changes.
Monks might get a more important role rather than just carrying relics. As currently, Scholars, Prelates and Warrior monks are only viable monks to use in battle.
Regular monks are simply just to expensive and weak.

The people that shout the most that they don’t want Americans are probably the same people that want “Vkinings” in the game.
It’s totally fine for naked guys with axes to be strong if they are Europeans.

The Unit Icon thingy is reference to Rework of units.

That part was already figured out it’s simply just “GAMESCOM”.

I don’t think they will use Gamescom only to announce a big update. I would expect something more.

I miss the castle unique units…

I think not just aoe4, but aoe123de and aomde all the empire series will have new content to celebrate the 25th anniversary of the age of empires

I guess that they would announce the XBox console version of AOE4 on Gamescom.

That part was already figured out it’s simply just “GAMESCOM”.

How in earth do those icons spell out Gamescom?

But regardless, in far from against adding mesoamerican civs.
I also wouldnt mind vikings/norse.

As long as the civs are well thought out. Keeps historical Relevant (note: relevant does not mean 100% realistic, but still thematically correct according to civs history i.e no horses if civ never had horses). And most importantly Balanced as it should be just as viable in all the ageups.

Give me a Graphic DLC and i Will be pleased.

Exactly what I hope for.
AoMDE without cartoon graphics would also be welcome.

How in earth do those icons spell out Gamescom?

Take the first letter of each unit. Then shift them all 13 spaces:

for me it is quite clear that the emoticons refer to the Vikings or some tribe from northern Europe, the other images I don’t know, I’m excited hahahaha

What does fireman have to do with Vikings?