I have good news for anyone who likes to play single player campaigns and custom scenarios.

My Dandolo campaign (originally released in 2019 for the old HD version of Aoe2) is now available for the Definitive Edition! The campaign has been heavily revised for the DE and supplemented with many new extras and features. 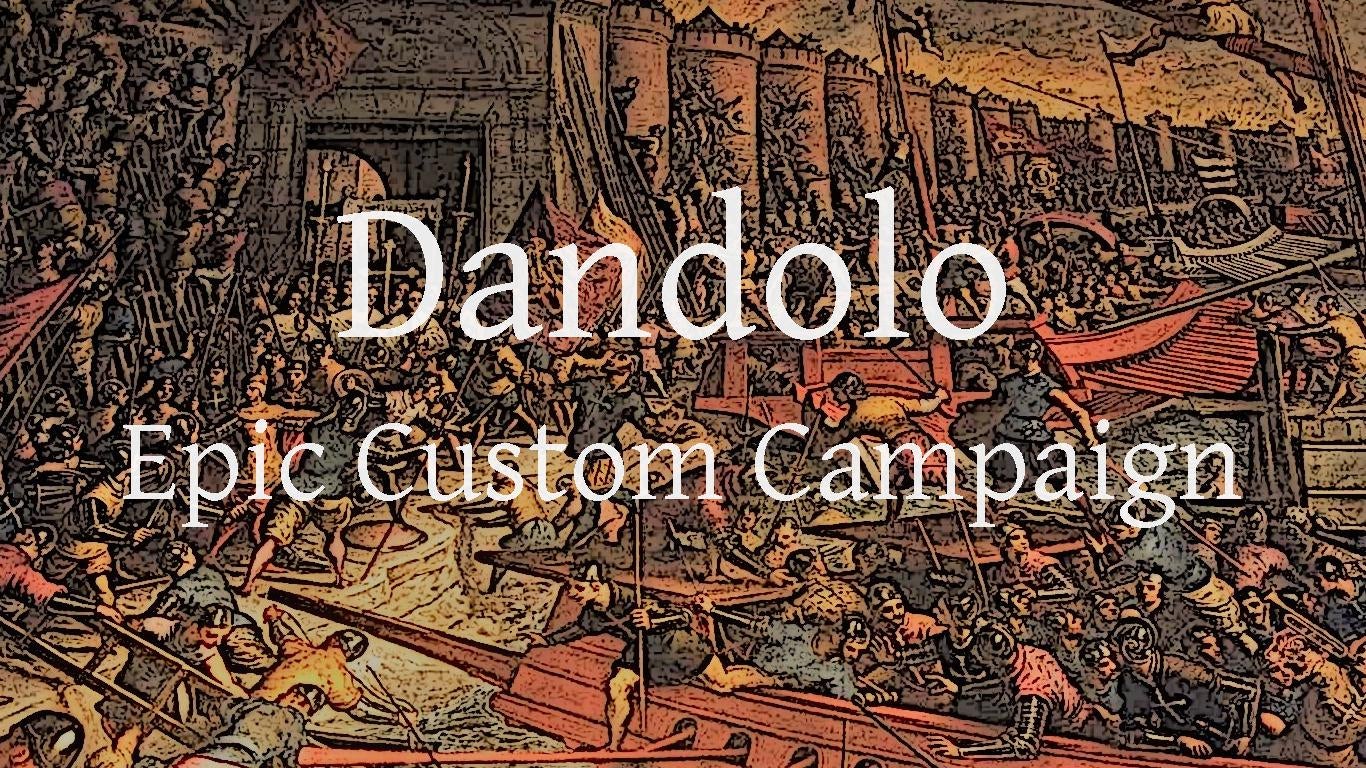 “Dandolo” is a 5-part campaign that focuses on Venice and its legendary and cunning leader Enrico Dandolo. The story of the campaign tells the eventful life of Enrico Dandolo before and during the infamous fourth crusade. Visit the most beautiful cities of the Adriatic. Experience Venice’s conflicts with its rivals Pisa, Genoa and Byzantium and gather more gold and treasures than you could have ever imagined. Viva San Marco!

*Campaign is fully voiced with sound effects and intro/outro cinematics.

*An epic story that tells one of the most exciting episodes of the time of the Crusades.

*Three Levels of Difficulty- The campaign is designed to appeal to both veterans and less experienced players.

To download the campaign select mods in your Aoe2 DE main menu. Search for “Dandolo” and then click on “subscribe”. Restart your game so that all sound files work properly. Keep in mind, that due to the many new media files, download may take some time. Uses Lords of the West DLC.

Changes to the 2019 Aoe2 HD version:
This version is very different from the campaign released for the HD version in 2019. Even though I got a lot of positive feedback from players for Dandolo back then, I still wanted to add some improvements made possible by the powerful DE Scenario Editor: Voicelines, sound effects and the intro/outro- cinematics are completely overhauled. Gameplay and balancing were reworked. Added some new stuff to the maps.

Nice! I played the first scenario and I liked it. However I can’t go forward because the second scenario doesn’t appear on the campaign map

This is known bug of the DE appairing in campaigns when using save games.
You can also unlock the second mission by using cheats.
Open the first mission again. Press enter and type: “I R Winner”. The next mission should be unlocked.

The HD version was awesome, I can’t wait to try this one!

Congrats, hammister! I remember this campaign well from the HD days! I will try the DE “update” as soon as possible!

Look forward to your next scenario,what’s next?

I hope you create a single thread of all your custom campaigns just like Philly’s so we can see if you have any latest content to subscribe with. Really great campaign btw, keep them up

Thx. When I release more content I will consider making a huge single thread to keep you folks up to date. I’m currently not working on a particular map, but I’m considering importing some of my old hd files to de and give them a proper update. Or create a new and exiting map with crazy features. I don’t know…

Could you remake your wem files with vorbis instead of pcm? It’s almost lossless but reduces size by a ton. 300MB download size is a huge pain in a lot of countries, regardless of internet speed.