This map contains a lot of unique features designed to enhance the replay value. There are multiple strategies that can be utilized to play this map. It was designed to be challenging, but beatable. Please read through the details below to learn about them.

GARRISON/SPECIAL ABILITY UNIT:
You will start the game with a single Pikeman that can be garrisoned in one of the defensive structures at the South-most area of the map. Your Pikeman’s only purpose is to activate special abilities.

.
~TOWER CONSTRUCTION BONUSES:
You will gain unit bonuses for building the specified number of each tower. However, for each milestone you reach, enemy units will gain +15 hitpoints.

.
~NEGATIVE EFFECTS / ENEMY UNIT BUFFS:
Although indicated throughout the above details, I am compiling the list of negative effects here so as to eliminate any confusion. Negative effects are those that affect the enemy units instead of your own units and defenses.

.
~DIFFICULTY LEVELS:
Difficulty level affects only the starting resources, starting towers, and population cap. There are only three difficulty levels for this scenario.

.
~TIPS & STRATEGY:
If you are having difficulty getting ahead in this scenario, here are a few tips and strategies that may help you:

Please leave feedback. Tell me whether this scenario was too hard, too easy, not challenging enough. Tell me what I can do to improve it. I am considering making additional tower defense maps using the same mechanics, so feedback would absolutely help. 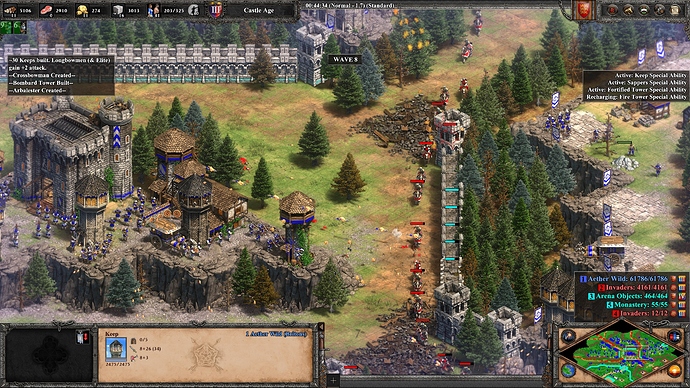 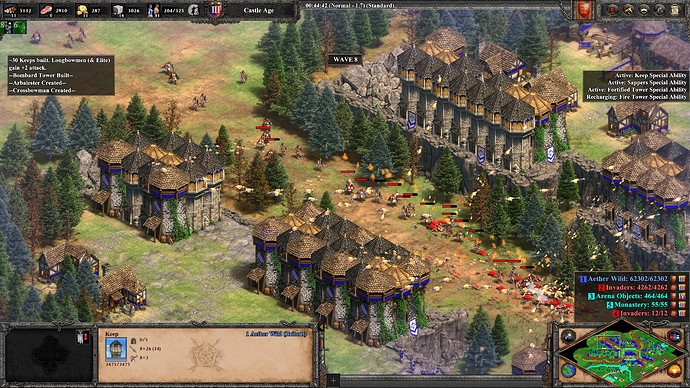 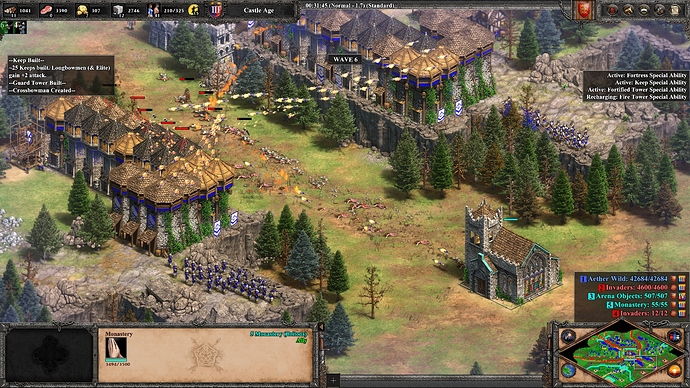 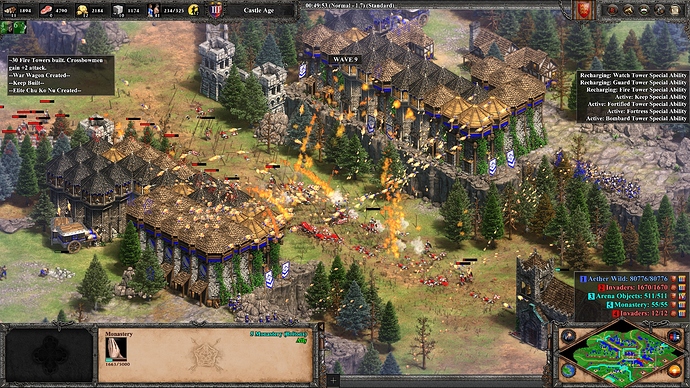 .
~Change List:
2020-06-23: Nerfed the Death Start Secret Ability. The range of the “Death Star Castle” was long enough that it could destroy the Monastery while trying to defend it, as shown at the end of the below YouTube video:

I had to nerf the Castle Death Star Secret Ability because it was too OP… against the actual player, as the range was long enough that it could accidentally destroy the Monastery. The mod has been updated.

I created a video of my playthrough on Standard difficulty. I would have won, but that pesky Castle Death Star destroyed the Monastery at the very end!

(Note: The video is currently be re-processed to remove the first 15 seconds of horrible audio where I left my microphone on.

Wow
What a nice surprise made. Detailed instructions even
I like it

@AetherWilder Just fyi, the mod is currently not working.

I just updated this mod a moment ago. Please let me know if problems persist.

Yes both of your mod scenarios are not working still.

Can you explain what problems you’re experiencing? I was able to download this one using the in-game interface. If you could please provide additional information, it would help me to figure out what’s going on. Thank you!

I just click now subscribe to this scenario nothing happened. I’m in-game right now while the Roman scenario has a red exclamation on it.

Okay, thank you, Soldeo. I tried it again and noticed that it was still downloading the scenario file but it wasn’t appearing in the game. I had to manually move it to the default scenario folder to get it to work. I’ll run some more tests when I get back from work today. I appreciate you bringing this to my attention. Hopefully it is something simple.

Looking forward to give you feedback on both this scenario and the romans vs germania scenario.

Would it be possible for you to provide this mod as a download from some other source, like mega?

I hope they fix this soon.

Thanks and cheers,
Floki

I have uploaded this mod and my other mods to a Mega folder to provide an alternate way of downloading the scenario mods since some users reported having trouble downloading the mod in-game.

Yes the mod keeps downloading. Is there any way to remove it since it’s bugged?

I have tried updating the mod using the web interface but it keeps giving me errors. The system the devs implemented has always been buggy. It’s annoying. I apologize for the inconvenience.

I recommend manually downloading the mod from the link I shared (also copied below) and manually installing it into your scenario folder. You can find it easily by launching the game, opening the Scenario Editor, and clicking the Open Directory folder in the scenarios list.

I tried utilizing the online interface to update the mod, but it kept throwing me problems. The mechanism that the developers put in place has always been problematic. It irritates me. Please accept my apologies for the inconvenience.

Manually downloading the mod from the URL I gave (also copied below) and manually placing it into your scenario folder is recommended. It’s easy to find simply starting the game, going to the Scenario Editor, and selecting the Open Directory folder from the scenarios list.

Can any devs focused on mods kindly look into this matter, the mod won’t stop downloading; 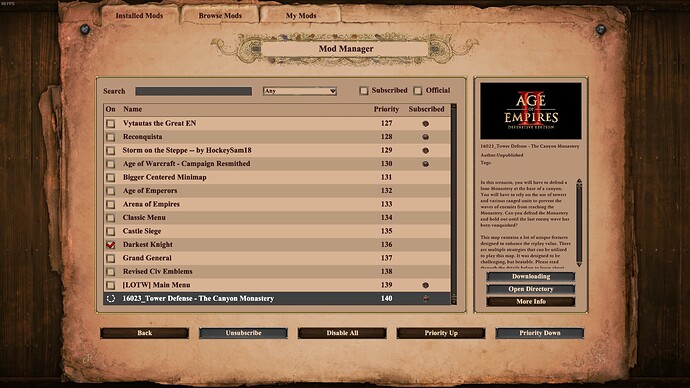 @AetherWilder Is it possible to unpublish the mod then republish it instead. I think the mod is bugged.