Here’s a list of ideas for thematically and (mostly) historically appropriate new units that could be added to several civs as a shipment. These shipments are not necessarily needed for game balance and may not get used often but they would add additional historical flavor and fun tools for more casual players to enjoy. Would like to hear all of you guys’ ideas as well, especially if you have any for the Haude, Japanese, and Lakota, I couldn’t figure anything out for them.

British
Gurkha Regiment (Ships Gurkha)
Jat Regiment (Ships Jat Lancers)
Enlist Locals (For coin, delivers a small batch of Askari, a medium batch of Sepoy, or a large batch of Tomahawks depending on if it is an African, Asian, or American map)

French
Tirailleurs (Ships Zouaves and allows them to be trained at the tavern)
Napoleonic Army (Ships Fusiliers, Napoleon Guns, and a Hot Air Balloon for food and gold)

Someone told me that the Apaches were also allies of the Aztecs in real life. An infinite shipment of this unit for Aztecs would not be bad. Aztecs with gunpowder cavalry would improve on the treatise without the need for many general changes.

The Apache are a Native American tribe in Age of Empires III, introduced in The WarChiefs expansion. Like all natives, they can be allied with by building a Trading Post at their Trading Post site. Apache Cavalry: Ranged cavalry. Good against...

The only thing I can think of for Japan maybe is a cannoneer shipment cause of Portuguese influence and that may be a stretch since I don’t think they traded much with Portugal during Isolationism.

I think the idea of getting a hot air balloon with a merc shipment would be really cool!

There should really be a Kommando mercenary unit for the Dutch and after revolting to South Africa. 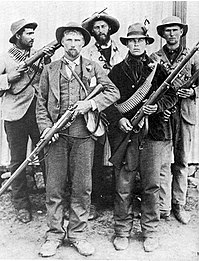 The Boer commandos or "Kommandos" were volunteer military units of guerilla militia organized by the Boer people of South Africa. The term came into English usage during the Second Boer War of 1899-1902 as per Costica Andrew. In 1658, war erupted between the Dutch settlers at Cape Colony and the Khoi-khoi. In order to protect the settlement, all able bodied men were conscripted. After the conclusion of this war, all men in the colony were liable for military service and were expected to be read...

This is a great idea.
Especially when they introduce old-world mercenaries they should also update the current old-world civs accordingly.
French having no access to Napoleon Gun or Zouave is ridiculous.

not quiet sure i think this should be a Swedish thing considering the fort was only operated by sweden for around a decade in total.

the fort does have a fascinating story though:

Cape Coast Castle (Swedish: Carolusborg) is one of about forty "slave castles", or large commercial forts, built on the Gold Coast of West Africa (now Ghana) by European traders. It was originally a Portuguese "feitoria" or trading post, established in 1555, which they named Cabo Corso. However, in 1653 the Swedish Africa Company constructed a timber fort there. It originally was a centre for the trade in timber and gold. It was later used in the trans-Atlantic slave trade. Other Ghanaian sla Th...

I could’ve done more research on a lot of these. I’m waiting until someone calls me out on how the Moscow state circus and Russian circus culture in general wouldn’t be a thing until the 20th century lol. I Just wanted a Swedish trade fort associated more with the gold trade than the slave trade and this is what I found. Maybe both the trade fort cards could come with a mine or trade post wagon as well.

Similarly British can get a “Ironside Cavalry” card that ships harquebusiers (that’s what this unit is based on).

Im pretty sure Askaris werent used by the Dutch, as by the time of the scramble of Africa they had no African colonies anymore.

Zouave is the name for the french divisions aswell, there is no need to change the name.

For the Portuguese I would rework the dancehallcard and take ronin out and make the Cannoneers in.

Turn the organ gun into a merc.

This is a great idea, it could be reworked for each civ instead giving them samurais to everyone.
Maybe Spanish can keep them for being the only ones that fight them. Also there were samurais on spain xD

And in shipments, in church, or available.

I really like the idea of adding the new mercenaries to the old civs. New players will be wondering where they are. I also like the idea of Europeans getting some Indian unit shipments too.

You bring up an interesting mechanic with the Enlist Locals idea for the British. Maybe all the European native unit cards should be changed to something like that - the native unit being based on the continant of the map.

It is shameful that the “cannoners” have been added to the game, they are basically what Spain needed, they are the typical tercio arquebusiers that historically used Spain, even their appearance is the same as any representation of the Spanish arquebusiers, but they added him as a portuguese mercenary 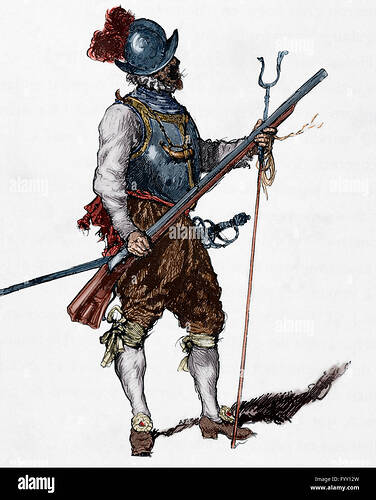 As if Portugal needed even more firepower, I would like them to include a unit similar to the cannoner for spain, even if it is recycling the complete skin of the Portuguese mercenary.

and ports really need a “montante” longswordman, like a Landsknecht

I agree that Portugal needs montante Swordsman, but the equipment was used by the Portuguese aswell.

Unfortunately I dont see the dev team giving a damn about the Iberians.

Portugal is lacking in firepower, organ guns are ■■■■.

A quick fix for Portugal would be Royal Guard Halberdiers, and get rid of RG Dragoons, Culverin instead of Organ Gun, I never saw a historical registered case of Portugal using them, nor even saw them in museums in portugal. Its fantasy that.

Not to mention the Spanish techs and names Portugal has.

completely agree,they should add montantes and infinite cannoner card for ports and arquebusiers for spain.

maybe in next DLC

I wish.
I have no expectations for it however.

You will probably see Canada as next DLC civ

If the haud and lakota underwent so many changes out of respect for their history, language … even the name (Iroquois and Sioux), they should respect the other factions equally.

Historically I believe that both the Portuguese and the Spanish could receive gunboats, conquerors and a new arquebuisers (musks or skirms) with moroon helmet.

The swordsman studs would be a nice acquisition for Portugal, and they could recycle the doppelsoldner or landskenecth unit with a new look for them.

The organ pistol thing is a shame.

About the game design, I think Spain is an aggressive civ based on fast times, fast xp gain, constant military fighting, archaic infantry (where are they?) And natives (not used except in treaty).

But really his only real strength is a ff taking advantage of his time trial advantage, choosing a decent echo if he uses Spanish gold + 1k wood or being aggressive suicide.

My idea would be to turn it into a more aggressive civ, relying more on that archaic infantry and natives that we never see.

Historically we should see thirds pikemen, arquebuisers and rods.

I would add small amounts of thirds in some shipments. I would remove the musks for arquebuisers. It would make it easy to use and upgrade your archaic infantry. I would add conquerors in the church. And he would rework his natives a bit.

Portugal is a defensive eco civ, strong in sea, strong in late game, with the better goons.

But historically they not use organ guns and not has the better dragoons, but Im not sure with the balance if add falconets or less they strong light cav, but any problem with add cannoners, good halbs or the beatiful Montantes swordsman.

Historically we should see thirds pikemen, arquebuisers and rods.

It could be like a chinese banner army unlocked by a HC card, a bit stronger that usual units if trained this way.