Next PUP is out

You need to login to your steam account to see it.

Can’t see it, will someone please copy & paste?

With today’s launch of the Public Update Preview, we’re making the first build available for an early hands look at the work being done for the upcoming February Update. As part of this process, we’ll be updating the build often with additional fixes, so this is the thread to watch – this is where we’ll provide any notes or changes that are worth paying attention to, and we’ll update that information as newer builds come online. Keep an eye on this thread for more information throughout the Public Update Preview.

Below is a list of preliminary fixes we are prepping for this release. Please note that not all potential fixes/items are guaranteed to be in the final update, as we are still actively testing everything and may need to adjust or remove items if they are not ready. Additionally, this is not a holistic list, and some additional items may end up in our final release.

The changes to the Temple of Heaven are intended to address a prevalent gameplay issue in the Treaty game mode where it was possible to get well above the 99 Villager limit which contributed towards the Chinese civilization’s economy being more productive than felt fair.

I do think it is a better idea to make this unit a more generally viable normal unit, not a very cost-ineffective one in the early game but then gained ridiculous strength but also takes very long time to train in the late game.

Soldado now has a charged attack​:partying_face: and are trained slower from explorer

Maybe the temple of heaven nerf is too much, they could just remove the age 5 vills. Im against that age ups give a different thing each time (1 of the reasons I dont play inca, too confusing)

Nice job for deccan, but Im not dure about removing natives from the middle and a route. Too empty now.

Russian consulate buff was needed?? 2 effects, really?? while indians get nerfed the Otto one.

I think the buffs to China are too exaggerated, at the moment, I can only say that the effect of the Russian consulate is simply broken. 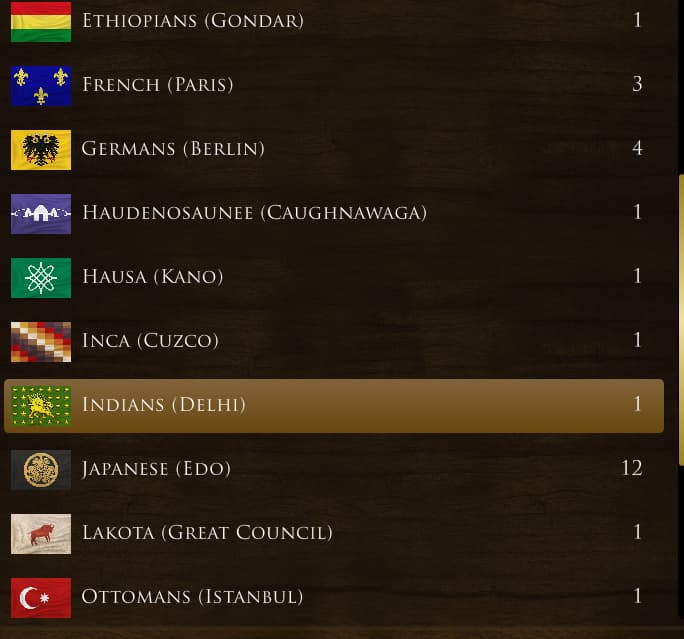 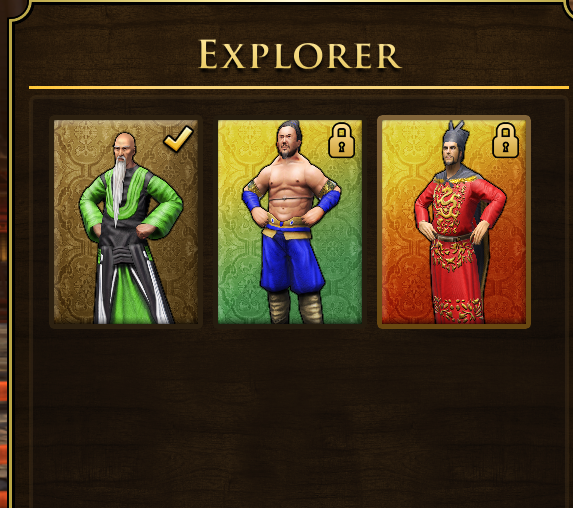 Yeah and with the consulate card it seems like a very strong and fast opening.

No nerfs to Brits or Lakota? :’(
Disappointing.

I’m not surprised, you’ve always been against any tweaks regarding China.

Why has schooners been removed from the inca? Certainly wasn’t needed, the other changes are fine and I agree with them but removing schooners seems weird.

chinese change seems ok just the 2 goats is not necessarly tbh ( i guess its for prevent the consulate age 1 card and not to be so slow age 1 ) the consulate age 1 with export seems good which can open some good BO but its maybe too strong dev ( i explain why : the consulate save you 200 w from the 700w age 2 which instead of consulate you go for village which is insane, and the exportation give you 6 redcoat early and then allow you to defend your ff with 6 redcoat and its too strong aswell ) and the 1 Flamethrower + 1 Castle Rickshaw (II) is interesting aswell, just afraid about the power of china let’s see

Not crazy I wait 1 or 2 months of pure Chinese lammers, when I can try to do something now, it was the same with Incas, I went out of my way saying that the rework to Incas was out of all logic and only reduced the initial crates and the initial llamas, otherwise we would have had a much worse Inca version.

PD: Reduce the huaraca’s range attack to 20 and give it a x2 multiplier vs artillery, and everyone’s happy.

Sorry but what is splash screen?

First I would really really like to thank the devs for paying this kind of attention to China, it has been a long time coming and the new concepts introduced are awesome, will make them on pair with other strong but not OP civs, and some are even inspired by this forum. Thank you for listening, despite China not having the same amount of followers as other civs.

And yeah I remember what you are referring to, I think there are a few differences in this case.

yeah that russian consulate looks pretty strong for a boom now, reminds me of the aoe 4 tang dynasty bonus almost.

on the other hand though, the French consulate looks dogshit now and the china treaty game is significantly nerfed with the steppe rider nerf and the temple of heaven nerf

edit: the thing im watching out for is that iron troops buff, depending on the increased rate of fire they might be outright OP since you can train them guaranteed

This can be fixed by putting these treasures near player bases from the start. Similar to how some treasures from Africa grant a passive income from some resource that is close to the player’s base. It could appear on the back of the base.

Exactly. Now that I’m thinking about it, just keeping the second goat is more than enough of a buff and can be eaten late early game for a big boost that otherwise wasn’t there.

Buffing the consulates on top of that, especially the Russian one, is going way too far. They should listen to us since it’s still in the preview stages - it’s going to be way too OP and feels more like a civ overhaul.