Next scenario of custom campaign not unlocking if loading a save

Well, since you picked a few custom campaigns to promote, I tried one, Tomislav (interesting first scenario for the moment). BUT ! I saved the game then reloaded then win… Except, the outro cutscene didn’t start and the next scenario didn’t unlock (and no medals T_T). Only way to get to the next scenario was to restart and make a ‘i r winner’ in order to unlock the next scenario.

What I get right after the victory, no outro cutscene 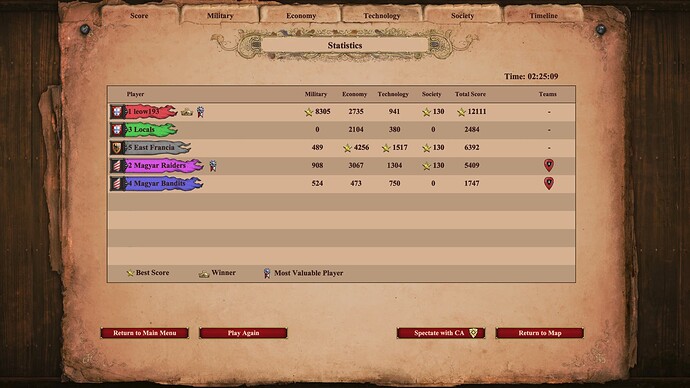 (just bring the horses to the green stable to convert them to horses and win the game)
FG2.aoe2spgame (1014.5 KB)

Edit : BTW, seems to be an old bug Completing a scenario does not unlock the next one in custom campaigns

Thanks for your report!