DESCRIBE THE ISSUE IN DETAIL (below). Limit to ONE issue per thread.
we played ffa and no fortress of king of hill was shown even there was allowed trade monopoly victory when on king of hill that isnt allowed

find a fortress and play lik eking of hill

we played wihth no fortress to control 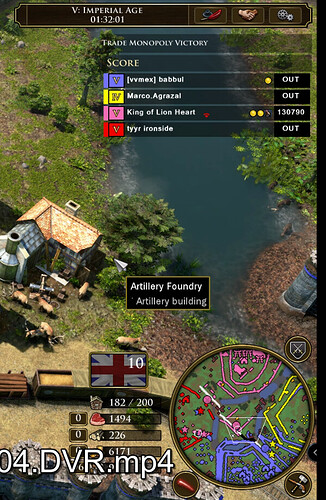