One of the most poorly represented unit: the pikemen

I don’t know this is a good “game discussion” post but I can’t think of a better place for it.

So I reflected on the strategic games I’ve played and watched that have medieval “pikemen” (not considering classical phalanx), including but not limited to AOE, Civilization and even Heroes of Might & Magic and I found that most of them are either:

The third point can be justified as a balancing consideration. But I wonder why the role or even the appearance of “pikes” have been so wrongly portrayed considering their historical roles (the mass usage of pikes lasted into 17th century, long after halberds fell out of favor). What are people’s thoughts?

Total War series should have correct weapon for pikemen. Not sure, but I think Empire Earth got them right too.

The only real Pikeman unit is the Kamayuk.
AoE1 and 2 have a huge history of misrepresenting polearms. The Phalanx unit in AoE1 is also not a Phalangite. 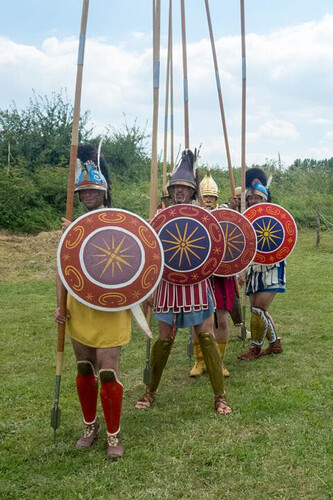 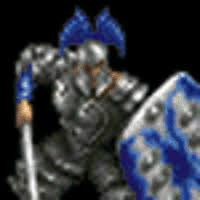 AoE1 has a weird Roman legionaire with a Greek helmet and a Longspear (anachronous, Longspears are Medieval, as far as I know, and Romans were the only military to ever eschew the Spear for the Sword as the main weapon).

It is not just the Pike, the Sarissa got the same treatment.

Roman legionaire with a Greek helmet and a Longspear

…and the actual “Legionnaire” in the game has greek helmet and round shield.

But at least it has a Sword, which was actually the main weapon of the Legionnaire, so I can forgive it a bit more.

I suppose spears and pikes don’t have the “knightly” reputation of the sword or something so they don’t get the spotlight.

If there is one skin pack I would pay for, is for the Knight line with Lances.

But then again, the Longswordsman is also not sporting a Longsword, because a Longsword is a two-handed weapon that you cannot use with a Heater Shield like the unit has; so they managed to misrepresent Swords too.

If there is one skin pack I would pay for, is for the Knight line with Lances.

True, but that is just the UU.

It’s a bit sad that games get these things wrong. I feel like being more accurate would make a game better, a little more enjoyable for myself, and that at low cost.

I actually think that point (2) is more easily defensible from the game-design considerations than (3). What are the good ways games deal with having separate Pike & Halberd units?

In AOE3 pikemen are faster, cheaper, have lower base attack but higher bonus against cavalry, while halberdiers are slower, more well-rounded and not as good as pikemen against cavalry in terms of cost effectiveness.

In Medieval 2 Total War pikemen can form squares as they do in history, and have a decent strength in their front (though the implementation is very bugged), and halberdiers function more like advanced spearmen with higher armor-piercing damage.

as far as I know, and Romans were the only military to ever eschew the Spear for the Sword as the main weapon

Huge no. The Romans first use hoplites armored same as Greeks. Later when Roman army organization changed to manipular Legion ( because it was hard to form phalanx in mountainous lands like Italy ) Romans still used mainly spear. Hastati ( the youngest and first on frontline soldiers in the legion ) literally translate to “spermen”. Later when Hastati and Principes ( experience soldiers ) starts using spears to throw and swords to main fights, the Triarii ( the oldest and most experience soldiers ) still carry spears and fought smilliar to phalangites ( still in I century before Christ ). The roman imperial legionaries did not use spears becouse they had pilum and when it was needed legionaries could use pilum as a spear to deal with cavalry like in Battle of Pharsalus. In late Roman Imperial army there were legionaries called Lanciarii equiped with long spear.

1 it’s a game. Weapons are modified to make things look cool for the majority that are actually attracted by glitz over realism, in the same way most weapon sizes are exaggerated. A Spearman already has a simple pointy stick. A pikeman thus needs a bit of glam thus the glaive

2 its a game. People believe a weapon must be embellished when it is a better version of something else a halb is more glitzy than a pike thus must be a better weapon

I don’t think you can really do pikes right in a game like AOE2.

At least, I’m a bit of a “fan” of pike and shot type warfare from the early modern period, and it is inherently formation based. A pike and shot formation as a whole has derived properties, it has both possibilities and limitations not present in any single person within the group. Think of how slow and deliberate such a group has to move to keep the formation intact. A well trained group might be able to charge, but they cannot say hunt down fleeing enemies through a forest while maintaining cohesion against incoming light cavalry.

Pikes are good for a large part because of their formation. Fighting a single pikeman in a duel would still be dangerous, it’s a duel against someone with a massive weapon, but you’re not faced with a massive forest of pointy bits. And the tip is at this point probably slower again than on shorter polearms. (One of the great things about a spear is that you can change the position of the tip a lot with just a small, fast movement of your hands. A pike is a bit cumbersome and flexible for that probably.) And then there are the other units mixed in with the formations. True, in the actual aoe2 period there were blocks of just or at least mostly pikes too, but that’s almost a transitional form. And even those formations are hard to do justice with behavior of individual pikemen in a game like this.

And within this game formula I’m also not sure if properly executed pikemen, as far as that even translates, would be the most exciting unit. They are very much about standing around or slowly advancing for hours while getting shot at because just the threat of having to charge them puts pressure on your enemy. The immovable object, a mobile fortress, the queen of the battlefield. Also great to have in reserve during a year long siege should the other guy ever choose to charge. It’s not really rush into counterrush into wow that was an exciting 15 minute match material, so to speak.

Yeah, the kamayuk are cool. I wouldn’t mind having had that concept as a general unit line in the basic setup of the game, separate from any ideas about halberds. I even wouldn’t mind having a pikeman like that as an upgrade to the halbert, as much as that would probably be a pain to balance. But while cool it is still far enough from any real pike block behavior that I can’t really complain about the version we actually have in comparison. They’re a fine unit, they have a fine role, they are a good mechanic to help limit the snowballiness of surprise attacks. I wouildn’t start messing with that winning formula now, even if that gives people wrong ideas about historical combat.

(Also, the halberdier was added in the first expansion. The spearman originally got upgraded ones, and the most important unit that is a bit like a better spear is a pike. Hence the choice I figure.)

Well, yeah, essentially. You can make the formation look like a pike square, but because of the mechanical choices it basically has none of the same properties. A closely packed ball of no formation is already a better match.

And that’s a good thing. AoE2 has fun mechanics. They’re just not mechanics that call for a pikeman focused meta. It would be a slower, more defensive game. It wasn’t weird for pikeman based wars to last a few decades. I don’t have that sort of time. The best strategy was often to take a town when nobody was looking and then stay put and let them come to you.

But yeah, a different look for the unit would have been cool, and I agree that realistically the unit would be much more important (though still used and used in large numbers because it countered heavy cavalry).

Coincidentally, the Cossacks games have really good Pike Square and Firing Line mechanics, if one is interested in an AoE clone(ish) on the Early Modern Era.

And for that reason it’s time they allow skins in multiplayer. Of course this could lead to some kind of abuse as always, so only verified skin packs should be allowed.

No. Skins should never be allowed in Ranked, and outside of it, only the players that has the skins, should see them, not anyone else.