When I try to play a custom map in an online game, our lobby is able to ready up and proceed to the game, with the countdown timer ticking down. However, once the timer reaches 0, I notice that all of the players in my game lobby disappear, and the game starts without any players in the game apart from myself–all of the players are immediately idle. This has happened on numerous occasions, and to date I have been unsuccessful at playing a custom map online.

The custom map I had loaded would load properly with all players in the game.

The custom map loaded properly, but there were no players in the game apart from myself. 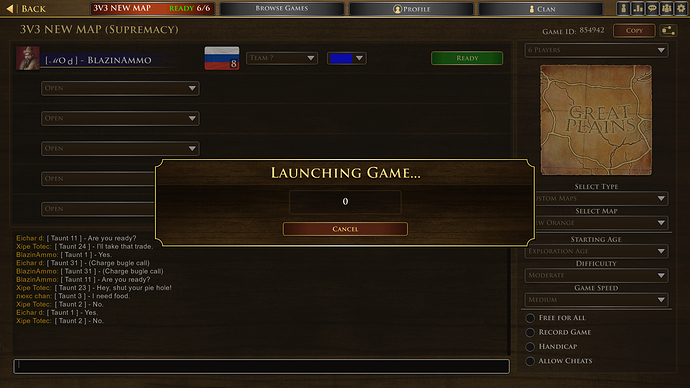