The hints for the third mission of Saladin (The Horns of Hattin) begins with saying that “Saladin is restricted to Castle Age and a population limit of 75.”

But that is evidently not the case since the player can get a population limit of 200.

The hints were not supposed to be misleading or blatantly inaccurate. 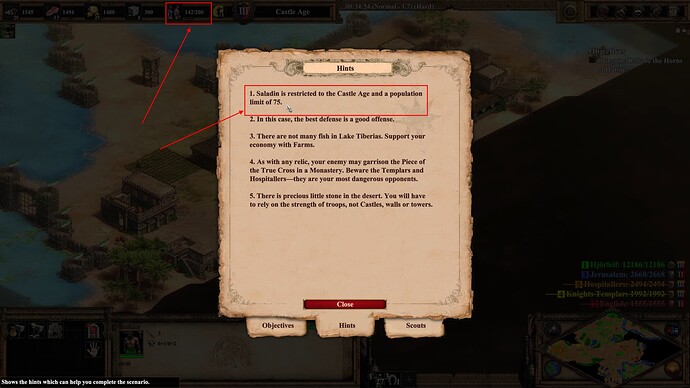 Ok, I need to play Saladin 3 now before this is fixed.

Hi @Hjoerleif
Thanks for reporting this, we are now tracking this issue