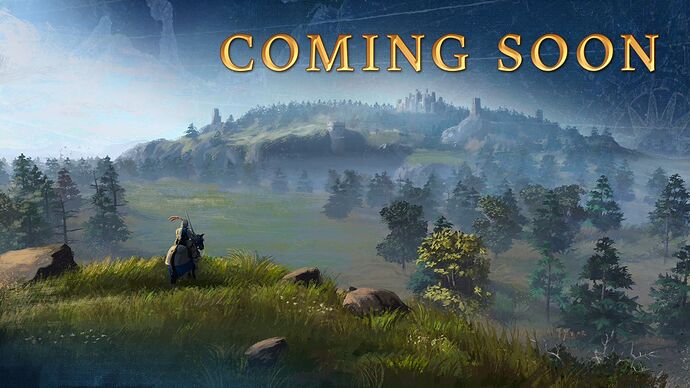 2021 was a huge year for World’s Edge and Relic Entertainment with the release of Age of Empires IV! As we enter a new year, we’re grateful for the

Good to hear something! So the ranked preview will launch on thursday, so it seems like a logical assumption that the patch will drop slightly before that. My bet is wednesday or maybe tuesday so hopefully we will hear more details in the first half of next week at least. Looking forward to it!

That’s definitely in touch. Hope some additional bug found fixes make it in too.

We need a fix, a hotfix, on your mess, the game is stale now and even the highest level players are exploiting because of YOUR MESS.

It’s a closed beta for ranked seasons which are not coming until the advertised Spring update. It’s unconnected to the January patch.

It’s not good enough, cancel the update and close the servers. The game is dead!

Return of the mack? Good things come to those who wait?

The cancellation of the animation was removed, in the first patch, without the animation the scouts can quickly lower the buildings, that made the Vortix dock marine. They come from warcraft, they like to have tricks that the average elo does not know and win easily. I saw a hack of “warcraft3”, of the jungle something like that, back in 2016! what is rare is that there are tutorials for that game, its community reserves its tricks and does not share them to win in its tournaments, but consequently warcraft3, dead!. Look at the balance streams on the official website, Quinn Duffy is the general manager of the game and he’s in charge of the balance team so I don’t think he’ll bring back something that they already removed; Eric Wrobel is one of the designers and he gave me a good impression of how the game is balanced. Quinn Duffy designed the company 2, another game that I love, the sacred sites and the fog of war definitely come from Quinn Duffy

No it’s still in the game vs buildings they only removed it for deer.

Nice :). And another ptach for February and then the spring update.

Thats good news. I hope they adress alot of issues!

another ptach for February and then the spring update

no, it would be one update. Only the ratings. remember my prediction.

"we have a big update planned for the spring, and we’re also looking to introduce other improvements in the short term with a patch planned for February! "

Not saying the game results aren’t valid - the best players clearly won. But this mini game of optimal demo ship positioning just isn’t interesting. The inability to place anything by the shore that stops demo ship progression, or snipe them out with a few galleys before they reach targets, is just dumb. No way 1-2 demo ships should be able to sail up to a keep. You should have to send like 8-10 at once.

Im hoping that the points for mongol and firelancers nerf and dehli fixes are only a little view.

They had the spear bracing bug for dehli and hre listed last time and I hope a horsearcher fix is included too.

If yes it will be nice! 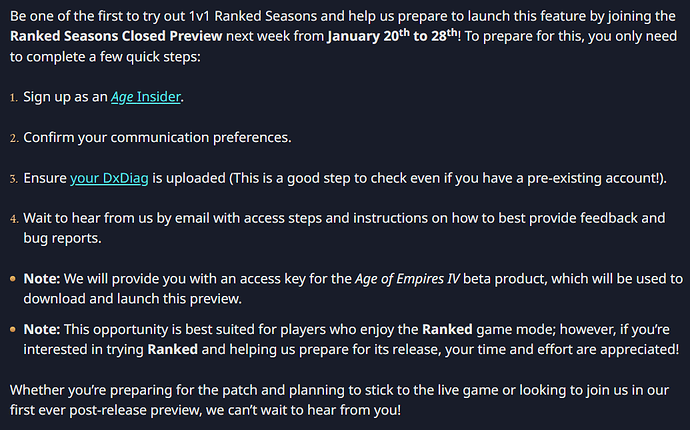 This game seems too much oriented to E-sport scene. This not good. I’ll wait until Summer, hoping for more SP contents (and please, a Graphic DLC).

What I am also looking forward to adjust:

Dehli and HRE spears not bracing. I’d take it over water maps. I can dodge a water map. I can’t dodge cavalry with bugged spears.