Hey guys, does anyone have the same experience with the Beta, when I play I get frequent fps drops and they are quite low in general, even if I set everything down to the lowest graphical settings, when comparing it to the original the graphics on highest settings look better than the lowest graphics on the DE version, with higher frame rates.
Is that perhaps me having something set up in a wrong way or something? (CPU: Intel i7 8550U, GPU: 1- NVIDIA GeForce MX150, 2. Intel® UHD Graphics 620 (only 1 is being used by the game), 16GB RAM, I know its not crazy hardware, but I dont have problems like that in other 3d games, even directly comparable ones like COH2). I hope it isnt just my computer thats too ■■■■■■ to play a strategy game lel xd

I have the same issues and I didn’t have them while the previous beta test. Framerate is bearable for me but highly inconsistent. It fluctuates between 52-82 in general but dropped to a higher 40s several times during the campaign. Couldn’t understand what’s causing it yet

Same issues, so many FPS drops in campaign, especially near water and some trees.
Mostly i get 60 FPS on medium settings, however when going near some trees and water, it drops to 30 FPS, makes it really hard to play. Don’t know what they have done with the optimization, the graphics aren’t too great to have so low FPS. Even the older water looks better than AOE3 DE.
Looks like they didn’t fix the issues we reported in beta several times, and if its not fixed when it is released too, it will be very disappointing.

Hehe mine is an HP Notebook, but I guess thats a common laptop configuration then :v

I really hope the performance will be optimised with the release, I also noticed in some streams that most people get lags in the homecity, when the camera moves around, which really shouldnt be so problematic, since its a small static 3d city part

+1 from me, this beta is performing badly for me but from the server side, as all of my friends have smooth single player and lagging mp

Same problem, played yesterday a 4x4 and the amount of stuttering is absurd, makes impossible to get a good experience, besides the awful extreme AI.
As it is needs some fixing to match the original.
Acer nitro
I7-7700hq
Gtx 1050ti
16gb of ram

What settings and resolution?

Same here, but it seems to be very random. I play on Unknown, and I’d say half the times it’s completely fine, but the other half it’s extremely laggy from the moment I launch the game, and one time it even crashed entirely when I got into my first fight. And specs are definitely not the problem

I confirm. Beta was smooth and run almost perfectly while this version is different: long refreshes in game browsing (multiplayer), long loads of maps…

Personally in terms of graphics settings I think the game is well optimized, the only thing that seems ridiculous in terms of optimization and pessimistic is the foliage in High, it takes almost 30-40 FPS, with foliage in High I have 55-60 fps, while in low and medium I have 85-95, that is the only complaint I have, SSAO also consumes a large percentage, but it is reasonable.

Even so I doubt that they optimize it, so gentlemen to buy a better hardware, for 1080p the ideal would be a GTX 1070 for this Age of Empires… 1070ti if you want to go to spare.

first how the game is well optimized ? how can the original in high look better than DE in low and the original to run 100x better ? how u call that an good optimization ? 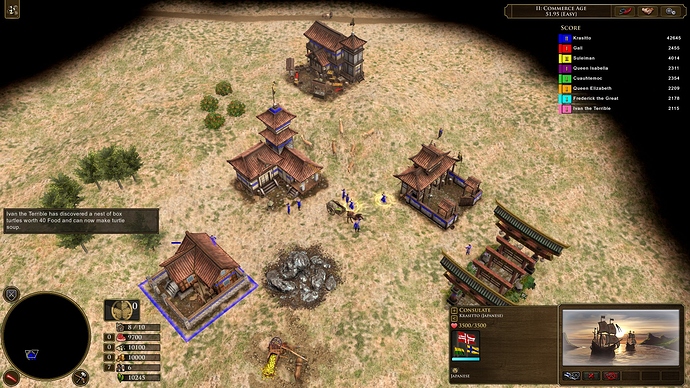 edit: it seems what caused this is that there were fps limiter by the game but it got fixed by the day 1 patch

how ? are u having everything on high settings ?

No, I play on pretty much medium settings overall 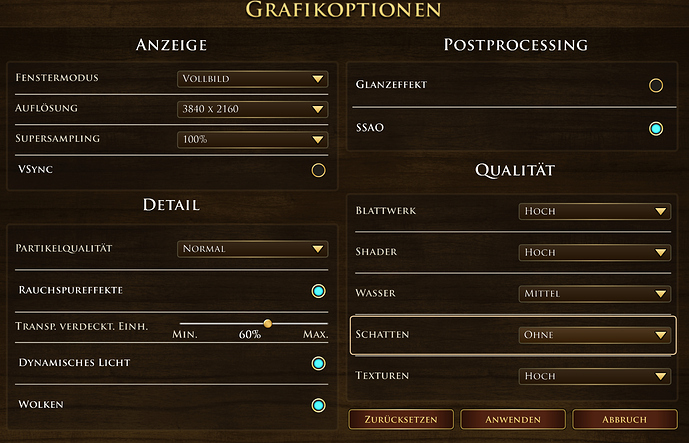