Players Misplaced and Problems with Teams 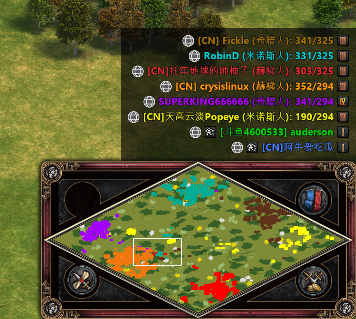 If we have spec players (green and blue in the pic), then there is a great chance players are misplaced. In this game, yellow is placed in the right corner, with enemy red and brown on both his sides.
I heard if spec player is in the 8th slot, this won’t happen. However I was right in the 8th slot in this game.

Another strange thing is that, in a 1v1 game, if a third player is spectating using one of them’s same color, then both sides will be alliance, not enemy. (Using random team)

Thank you for the report! It looks like this is in our system with a fix in the works. It looks like the ‘Team Together’ setting may experience these issues when spectators are present in the game.