Please do not make Age of Empires 4 "too" cartoonish

It happens with various games, the graphic style starts out good, and then eventually after a few sequels it devolves into something unrecognizable. Just take Civilization 5 to Civilization 6.

Also note, an RTS/Strategy game revolves around the game’s core complexity. Making a game simpler, by decreasing the types of resources which can be gathered makes the game less interesting. The only reason AoE3 was good, was because it had other game mechanics to “supplement” such a decrease in complexity. Most notably, the usage of XP gathering, which essentially, acted as a 4th resource.

However, the lack of an option, to build forts (castles), without using a home city card, while simultaneously making forts not very strong, is easily a down side to the XP/home city cards system. So something to complement such a system would be necessary. Perhaps a “mini-fort” building, and probably an increase to the attack, range, and rate of fire, for outposts (towers), since they are not very strong.

Yes it isn’t realistic.But also it isn’t cartoonish.Also this is pre-alpha footage.Graphics will be improved.

I understand it is pre-alpha. I honestly cannot see it very well at all. I just figured it would be at
least somewhat beneficial to the development of the game to have it known that having a completely cartoonish feel to the game would not be wise. I would not usually think it to be necessary to create a topic and say this. However, since AoE2 DE chat started being “heavily censored”, and even censoring the letter “i” (when used as a word, i.e. i like pie.), and then having the effect of not just censoring the single word, but the “whole message”, it appears quite necessary to voice potential concern, due to prior examples.

Personally i hope the graphics look great, and the gameplay is great.

On a side note, i think it would be cool to add timed events in AoE4, where you have to complete weekly objectives. although the practicality of such a feature is quite uncertain.

On a side note, i think it would be cool to add timed events in AoE4, where you have to complete weekly objectives. although the practicality of such a feature is quite uncertain.

I’d be a fan of a weekly mission objective, goal or something similar, co-op or not, in the style of AoEO. Maybe with a harmless reward as well, just for the prestige. It gives motive and keep players engaged.

And although AoEIV is not going to be a GaaS as they’ve told (which wouldn’t be necessarily a bad thing imo), I really think that the multiplayer design should be looking upon the models of other successful Esport games that keep their userbase engaged with periodic missions, rewards and all sort of timed events and competitions.

I was thinking of how “Heroes of The Storm” Activision Blizzard, which has weekly quests which give gold, when i decided to suggest such a mechanic. Perhaps there could be a “town” so to speak, where you get the rewards and use the points to purchase houses and other types of buildings? Exactly the same as age of empires 2, except it is a permanent “kingdom” so to speak. Although it would purely be to show off (and ridiculous someone elses less advanced kingdoms).

Not sure of the practicality though.

You could even throw in some special events where their is a sudden “famine” and you have to do special tasks, like create 500 in the first 10 minutes of the game, or something?

The developers are already doing something similar to special events, with the spring celebrations event, where some in-game items are changed or look different.

I’d be a fan of a weekly mission objective, goal or something similar,

… No !
I want no self-rightous game-addicts on the servers that brags or voices anything about some delusional quest, every Week ! …
I feel upset about identifying such a hollow feature, would even be proposed.
… there is no global chat…
… carry on.

The graphics most likely are not going to be changed much at this stage anymore.

They can change colors or textures somehow or add post prosessing effects, but most likely the finished game will look quite much as it looks atm. Now they are probably working with campaigns and balancing civilizations / other game mechanics to make them as good as they can. And it can take some time. If there is something with the graphics that makes playing too hard, they will change it of course. Otherwise it’s not too important if the graphics looks good enough.

The opinions of the very small pro aoe community doesn’t matter very much, because the game is going to be made for masses. There is maybe less than 1000 pro players who are most likely going to buy the game no matter what. But the target is to sell this to at least 1 million people.

In this kind of game, you could play it exactly in a similar way even if all the units were replaced with just random things such as in this game: 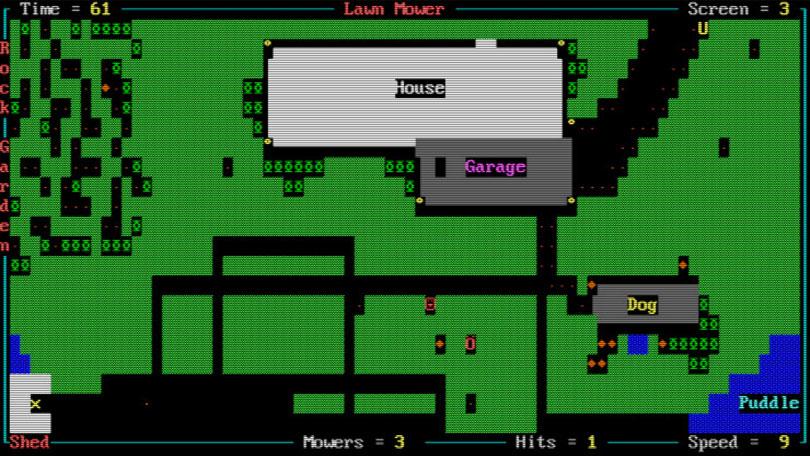 i think original aoe players don’t say these things but new players…
if aoe4 will be a AAA game a lot of new player will start aoe…
and then,a player will be defeated aganist mongols and says “mongols are op”
another player says “i don’t understand anything.game is very complex”
“i want microtransactions,i want a desert skin for my trebuchets”

Otherwise it’s not too important if the graphics looks good enough.

i am ok with this graphics.and yes,graphics not important for this game

The Developers seems to market the games under educative flags, as such, prestation shouldn’t be needlessly baited/forced. Plausibly

Historically accurate graphics is the bare minimal for me. Weapons are really out of proportion, to the point they would be unusable due to the impracity of the weigth or shape.

In the trailer, i saw giantic scimitars, and really weird shapped composite bows for the horse archers. Fixing at least the weapons for more beliaveble ones is the minimal i expect for aoe4 art style. They can even keep the dumb color saturation, but designing an existing thing wrong IN PURPOSE - with thousands of examples on how to do it right - just for the sake of it is inexcusable, in my opinion.

The reason why those are so big is that if they werent’t you would always need to zoom very close to see what kind of units you are dealing with.

No, that’s a fallcy. You don’t need to see weapons to say which unit you are dealing with. And even if the weapons is small, it is not invisible.

Quiver, lances, shields… all of these are pretty visible, in realistic proportions. AoE3 cavalry has realistic weapons - most cavalry use the same saber - yet they are all recognizable. AoM swords for the greeks are small, aswell as egyptian ones. The nordic ones are meant to be a joke.

Rise of nations also have small weapons. CoH doesn’t show the panzerfaust bigger than it should. All units in all total wars - except warhammer and three kingdoms - are perfectly sized, with accurate weapons, wielded correctly.

In none of the games i mentioned you have problem distinguishing units only because df their weapon. Your point is not true.

I want no self-rightous game-addicts on the servers that brags or voices anything about some delusional quest, every Week !

I tolerate ‘quest’-features if I can toggle reminders and such a feature permanently off. I am not a fan of popups

Quests are nothing new, even for an Age title. They have already been implemented in the latest and biggest AAA Age title that Microsoft released so far, called Age of Empires Online, and they were very much welcomed.
The quests were NOT the reason that the game failed.

If the only objection on such a feature is what others say on chat gets on ones nerves, or whether ones nerves are so sensitive that the pop-ups break them off, I am afraid that is solely ones own issue.

I am quite sure however that pop-ups, if existed, almost always have an on-off option and one should be able to mute other people or turn off all the communications completely to keep ones peace of mind. Then if I understand correctly, one would show tolerance to such a feature.

On a second note tho, I unfortunately have my hopes low for such a feature, since it usually goes hand to hand with the gaas model (which by the way the most successful online games out there use) and exists to reward the player for playing the game. We know that this won’t be the case this time.

You said what I thought of

If nothing else, I can guarantee you this won’t be age of empires online. It will be more like DOW3 just without the macho armors and HUGE weapons. I on the other hand do want a gore option in the next AOE game. I know they have said there won’t be a gore, but come on (and Relic has done this in past too), you can put toggle option for that if you’re worried about the kids playing with their parents.

I don’t know. I trust that the game designers who have been working for years with this title knows what they are doing. We only have a very little footage to play back and forward. From close view footage the weapons for sure looks quite big, but then from distance I think it’s ok and the difference is minimalistic. We are talking about few pixels. The weapons should be visible even without the antialiasign.

I’m not a huge fan of “total war graphics”, (in fact I am quite much from the opposite side). I think those are too graphical and violent.

I bet it’s very easy to make graphics mods (alternative textures, and changed models etc) for those who like to have the graphical style to some other direction from where the creators designed them.

see graphics meant to represent the horrors of war as they happened;
finds it too violent;

I think you meant the gore. I didn’t meant gore at all in my reply. So what’s the deal of having real weapons like in TW, instead of huge wide blades that never existed?
The fact a cartoon character is dead doesn’t make him less dead than a realistic one - if we ignore gore and blood. Both are lying on the floor, both aren’t covered in blood, since we not talking about gore.
Both sabers are sabers, but TW one is documented and working exactly like they should. The AoE4 one is too heavy, too wide and too large (and thus too slow) to represent a one handed fast weapon used while mounted.

If weapons are just a few pixes anyway, what’s the deal to make then accurate? Today high resolutions and GPU technologies allow for really good anti alias procedures that make even the tiny details keep their properties without losing colour, shape, etc.

I find it weird that relic went for the cartoon graphics. They had two incredibly realistic games in graphics and mechanics (CoH 1 and 2). I can’t understand why they ditched that art style, considering AoE is meant to be based on history and real facts.

Quests and rewards and candy and sugar is always welcomed by their users.
That doesnt make them good for you.
There are other options I am hopeful the developers will explore further first.
But I have always been a bit greedy

Yeah, I guess I would be just fine what ever the weapon size would end up being. If they will make them smaller I am not going to complain.