That card should be reworked, maybe just a greater trickle of export and XP, while the indian one gives influence to Africans too (EU and natives would get more XP).

Other option is that it gives a greater trickle depending on stock resources, like berbers upgrade

look at to see Japan’s technology that locks the country, why don’t you think Japan is an op? Only 100export can be exchanged for barsracks or stable. The normal price is only 200wood. So here is 100export equal to 200wood? 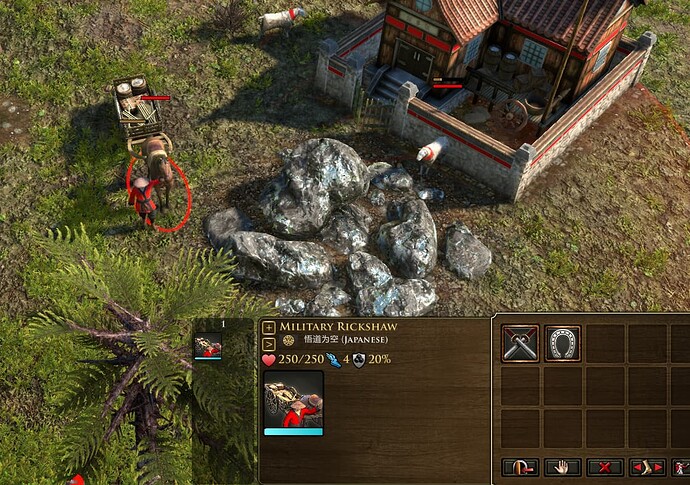 The export-resources equivalence can be tricky to assess. I made an effort a while back and some proposals at the end.

To those I would only add giving Porcelain Tower access to producing XP and Export as a single resource, as you can do with the rest. For balance, the math should be done by taking the distribution of resources when you task it to ‘‘all resources’’ as a reference, then amplified to its equivalent.

Seeing how Influence works, should Export have viable means that makes it a reliable resource income if you invest on it? III - Discussion

So I’m thrilled for the new resource Influence that you are introducing with the African DLC. It allows for a variety of playstyles and is a needed resource for buying techs, building native and mercenary units and to send special unit shipments. You provide the player with multiple ways of getting this resource, like from some building trickles, special units/priests and villagers gathering from coin mines (having the option to switch % for how much you want), fattening heard, resources crates…

If devs disliked the tempo from Tea Export, maybe these other options should be considered to keep multiple options in playstyle alive. @vividlyplain

I don’t know if they changed it yesterday or today, but it went back to 0.40 export/sec

I don’t see a real reason to complain about this, H2o made tad’s China sound good which was pretty strong I don’t see the problem here on De where it is even stronger for the changes made and facilitated. By the way, when will the age up with porcelain tower + 400f be resumed?

We are reading all the feedback we can. The reason there is a PUP is to test things out and receive said feedback. What we really don’t need is posts like this.

Thank you to those of you that provide substance to your posts, this is the kind of feedback that helps us refine our work and keeps us going.

On the same spirit, I’ve been reflecting on Tea Export and why people mostly went for Russia.

Of course it was a strong play for reasons already mentioned, France isn’t bad and will definitively make a bigger appearance now with the Russia nerf. However, as an opening (even if you send Tea Export as 1st card + set your Consulate to 10%), it is very hard to start with Germany, since the food trickle tech cannot be bought right away and the export needed for it is gather way past its usefulness in Age I.

Just something to consider; I wouldn’t even call it a buff if you decide to reduce the export cost of that one tech, but opening up options.

the value was already reduced, it was 250 before.

you also dont even want to get the food trickle first anyway, its worth less then the food cost reduction early on.

if you are doing german consulate, you rather send the tea card second with either 3 village start or village + tp start and then get the wood trickle the moment you get to age 2

is an overhaul of the entire export/consulate system on the table?

I’m not main China but if I have farmed the elo using it in ranked, I must say that it is a strong civ, but the nerf is not assertive, Already with the nerf to the goat, they already did a lot, The Export Tea card does not it’s really strong, the issue is that China’s alliances made it very useful, if the other Asian civs had that card I get the feeling they wouldn’t use it, now that they’ve nerfed the cost of exporting the blockhouse anyway it won’t give it the export to be sent to the blockhouse, so China will not only not have 225 export at minute 4:40 but will also have less? that is really necessary, the other thing that is strong is the FI with the fourth sends, those sends that are particularly strong do not nerf them, but they nerf the other that is less key, I share the feeling of the author of the comment, Do not destroy the Mongol scourge opening, which has been a tool that China should always have required to have an aggressive identity, China will be too late anyway, please reward a different opening in another way

you also dont even want to get the food trickle first anyway, its worth less then the food cost reduction early on.

if you are doing german consulate, you rather send the tea card second with either 3 village start or village + tp start and then get the wood trickle the moment you get to age 2

It sounds like these BO are still tied to the fixed mindset of NR always being your first card. Considering that the goat has been nerfed, players might want to start exploring with other openings such as French 300f or if the devs enable it, German food trickle. This would also allow for a later use of NR with more village-villager value later on, at the cost of course of a weaker food income through the food trickle - it’s simply an alternative for a 1st card.

The problem with the NR start was that it was the only thing you did in the early game, the tea export doesnt need to be a full option replacing it, it being a second card in age 1 has more then diversified china’s game play

You are right. That is technically possible, probably resulting in a veery late Age up, or a small return on investment imo (if you send 3 vills in transition instead of an Age II card for example). But regardless it is good to have the alternative and the fact that we can discuss which hypothetical opening would be superior. Of course it also depends on what you want to achieve later on, so maybe your idea could work well or better in some contexts.

NR is fine and it’s not a must to replace it if a player prefers it, I personally think that the problem with it is the amount of wood you need to gather early on to get 3 villagers, or that it only provides you with 2 villagers if you go for TP.

As I said, food trickle is only an option/alternative for the player. It actually provides you with less than 2 villagers, so 1.78 aprox. It just opens up a different path for you.

As I said, food trickle is only an option/alternative for the player. It actually provides you with less than 2 villagers, so 1.78 aprox. It just opens up a different path for you.

that has to be the case that it provides less, if it provided the same as 2 vils then it makes the tp village + consulate strictly better then Tp village + NR and that wouldnt make china’s choices more diverse

You are right. That is technically possible, probably resulting in a veery late Age up, or a small return on investment imo (if you send 3 vills in transition instead of an Age II card for example).

its a later age up but its no less a viable build since its essentially the 3 village build, just reversing the order depending on how early u want the trickle. The 3 village build is a viable in certain matchup , especially where you are also against a slow aging civ