I don’t know about Argentina, but Italian immigrants were kinda important in Brazilian story, so I think thr Brazil option is fine
Source: am Brazilian 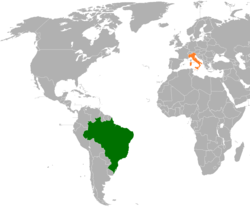 Brazil–Italy relations refers to the diplomatic relations between Brazil and Italy. Both nations enjoy friendly relations, the importance of which centres on the history of Italian migration to Brazil. Approximately 31 million Brazilians claimed to have Italian ancestry (approximately 15% of the population) making it the largest number of people with full or partial Italian ancestry outside Italy, with the Brazilian city of São Paulo being the most populous city with Italian ancestry in the wor...

Garibaldi even tried a revolution over here (which I honestly didn’t know about), so maybe that’s their basis.

The USA option is way worse than Brazilian or Argentine.

The revolution that’s the most needed is Greece. It would work great for Ottomans, Italy, and Malta.

Due to Italian immigration in Argentina, currently, most Argentines are descendants of Italians. Although we were not a colony directly, the Italian descent is very strong. 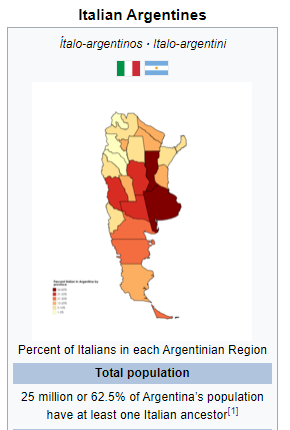 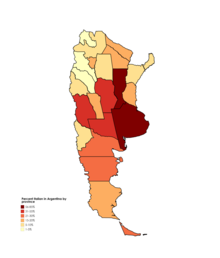 Italian Argentines (Italian: italo-argentini; Spanish: ítalo-argentinos, or tanos in Rioplatense Spanish) are Italian-born people (born in Argentina or Italy) or non-Italian citizens of Italian descent residing in Argentina. Italian is the largest ethnic origin of modern Argentines, after the Spanish immigration during the colonial population that had settled in the major migratory movements into Argentina. It is estimated that up to 25 million Argentines have some degree of Italian ancestry[1 It...

I just checked and Serbia had a revolution during the 1800s, so they would be fit for a revolution option, but do you have any justification for Serbia being available to the Italians?

On the other hand, Sicily was part of the unified Italy, so they wouldn’t make sense as a revolution.

Serbia fits best with Ottomans and to some extent Germans. Italians work, though, as there were significant Italian communities on the eastern Adriatic shore in Dalmatia until the end of WW2.

I’m guessing this Illyrian (to find a neutral and time-appropriate term) would probably consist of Hajduks, Pandurs, and Cravats. However, the Hungarians already take a lot of themes from the Balkan Peninsula, with their revolutionaries being Grenzers, an emphasis on defensive structures, and the like. Interestingly, in 1848, the Grenzer regiments remained overwhelming on the side of the Emperor, and did not defect to Hungary despite being promised emancipation from permanent military service (Grenzer communities on the Austrian border were militarized, with all men being essentially born into the regiment of their community, without any choice).

I can see Sicily being a Revolution for Italy, considering that the current Italian civilization is overwhelmingly based on northern Italy, and the Mezzogiorno is quite different culturally. Could play out a lot like Baja, with an emphasis on raiding for resources to represent the mafia and general banditry that plagued the region.

Ultimately I’m most for a Greece Revolution being made for Italy (Venetian Morea) and Malta.

I think Serbia can be a revolution option for the Ottomans and the Germans (Austrians), but not for the Italians, because the Serbs were not under the domination of the Italians, but they were dominated by the Ottomans and the Austrians, from whom they became independent. (Perhaps by extension Serbia could be added as a revolution for Italy, due to its influence in the area)

However, the Hungarians already take a lot of themes from the Balkan Peninsula, with their revolutionaries being Grenzers, an emphasis on defensive structures, and the like. Interestingly, in 1848, the Grenzer regiments remained overwhelming on the side of the Emperor, and did not defect to Hungary despite being promised emancipation from permanent military service (Grenzer communities on the Austrian border were militarized, with all men being essentially born into the regiment of their community, without any choice).

I think the Grenzers were mainly Serbs, my source is the hungarian wikipedia.

Grenzers were Serbs, Croats, and some Slovenes, and even some Vlach communities in Transylvania. The commonality was that they were Christians opposed to the Ottoman Empire and served as the border defense between the Habsburgs and Ottoman, which ran through Croatian, Serb, and Vlach territories.

Edit: Some Hungarians may have been involved, especially in the early days of the system when the border ran through parts of Hungary. However, the game seems to show the Grenzers as being Hungarian, which isn’t accurate.

I checked and apparently the Mafia existed in the 1800s

The only revolution that I question is the revolution in the United States, why do they keep adding it if it already exists as a playable civilization?

You may not like some of the decisions they make, but they are not lazy at all, the developers added a lot of content to the game, like new mechanics, new civilizations, civilizations that were planned, improved the rev system, took the time to make unique units for all revolutions, whenever there is an error they work to solve it and they are one of the few teams that listen to the community.

I’m going to ask you nicely, don’t disrespect the people who are doing their job and have limited resources and time.

Everything is a matter of budget.

I don’t want you to feel bad either, as I said one may not agree with certain decisions made by developers, I do not agree with the treatment of certain civilizations and revolutions, but I will always treat developers with respect because they are the only ones who take the work to keep AOE 3 fully operational and expanding.

Despite everything, I appreciate that you are interested in adding more content for the revolution mechanic, revolutions are usually forgotten and more revolutions are always welcome, especially since they are my favorite mechanic.

Everything is a matter of budget.

They are part of a company, there are four things that limit what they can and cannot do,

Italians heavily immigrated in South America, and they even participated in numerous wars there.

Some important figures, like Garibaldi, gained experience there and then fought in the unification of Italy.

The one that makes less sense is the US, since the immigration was less consistent and more late, and the Italians never fought a war there, but if I would have to replace the US, I would add Greece instead of Yugoslavia, which wasn’t a thing until post WW1.